The Xinjiang camps as a “Stanford Prison Experiment” 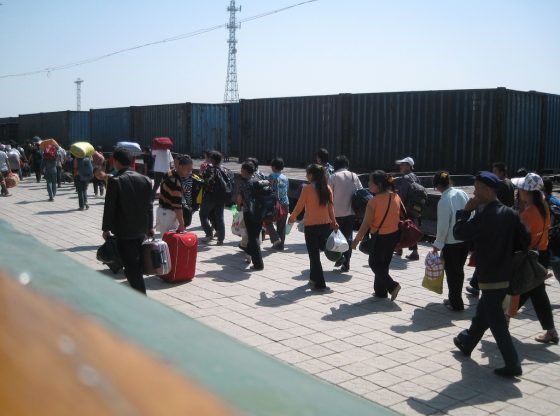 The Xinjiang camps represent a dramatic escalation of a longstanding Chinese policy to colonise and dominate Xinjiang, the “New Frontier” of the Qing Chinese empire inherited by the Communist government in the 1950s.

Since then, economic exploitation – including the “seeing-like-a-state” styled destruction of native irrigation systems – as well as demographic transformations brought about by Chinese colonists have already brought immense disadvantage and frustration to indigenous Uyghurs, Kazakhs and others. Using the several terrorist incidents in the 2000s as a pretext, and taking a conceptual cue from the lawlessness of the USA’s War of Terror, the Chinese authorities then began to shift towards making indigenous ethnicity and Islamic faith suspect in themselves.

The new archipelago of “re-education centres” built up in Xinjiang from 2017 onwards represents an extreme yet logical extension of this line of thinking. As such, it seems a victory for those in China who have argued that the ethnicity policies which have been in place since the 1950s ought to be replaced. Whereas the earlier Soviet-style policies provided formal recognition of ethnic minorities, and token autonomy, China now seems headed for the abolition and forced assimilation of minorities in favour of a classic nationalistic formula of “One People, One Country, One Leader.”

The current Xinjiang campaign is a dramatic step in this direction, criminalising ethnic identity and targeting it for destruction — not just inside the camps, but across society, targeting millions of people. They are forced to adopt Chinese cultural customs, such as hanging New Year couplets and the like; if they don’t, they may be hauled away. Being forced to hang Chinese couplets, or accepting Chinese Communist cadres into your house to supervise your private life, is awkward, but it is also frightening because of the risks of refusing. Forcing people to eat non-halal food, or to stop speaking their native language, must produce an ever greater psychological trauma. Coupled with the knowledge that famous cultural leaders are disappearing, it all makes for a climate of total fear.

This seems to be what is intended. From inside the camps, multiple eyewitness accounts speak of systematic punitive actions to destroy the personal dignity of those incarcerated, precisely by targeting their ethnic and religious identity.

The ethnic Kazakh school teacher Sayragul Sauytbay, forced to teach Chinese in the camps, has spoken of how the instruction could “resemble” education, but “all it brings is pain, scars and pressure … People didn’t dare to speak even a single word out loud. Everyone was silent, endlessly mute, because we were all afraid of accidentally saying something wrong.”

Prisoners are made to confess “extremist” tendencies like halal habits or the like, to apologise for them, and they are punished if they veer off script — very much like how many others have been forced to humiliate themselves in the wave of forced confessions which has gripped China over the last few years. Other accounts from the archipelago of camps describe systematic punishments: denial of food, standing for prolonged periods and isolation cells.

Perhaps most centrally, camp prisoners are intentionally broken, en masse, through the assault on their identity. Kakharman Kozhamberdi has told of how those who have gone through such “training” then “change fundamentally” and “walk around with their heads down, as if something inside them has been ripped out”. An anonymous interviewee on the BBC spoke of seeing inmates he knew from before who “were like robots. They seemed to have lost their soul … they were like people who lost their memory after a car crash.”

This destruction of human dignity by way of targeted humiliation and harassment of key identity attributes reminds us directly of the dehumanisation of Soviet or Nazi concentration camps. Last month I visited Dachau, the very first Nazi camp. It too started as a “training centre” to which foreign news media were invited (who, initially, reported how it wasn’t so bad). The Nazi camps went through a process of escalation of cruelty and violence that I think is relevant for understanding China today.

It has a great deal to do with the psychology of escalating violence, which possesses its own dynamic. A classic reference point is the “Stanford Prison Experiment” in which, as an experiment, a group of students were divided into “prisoners” and “guards”. The guards, egging each other on and never discouraged by the supervising professor, soon started deploying increasingly cruel methods of control. Some would take the lead and others would follow. Recent real-life examples of such a dynamic include the Abu Ghraib prison. Similar dynamics are probably at work in each of the Xinjiang camps as well.

I imagine that in those camps the guards are caught up in precisely this kind of dynamic of organised violence. As they carry out their duties they receive encouragement only to be cruel, and there is an incitement towards ever increasing cruelty, by which they too want to prove themselves.

Yet there is no need to limit the usefulness of such insights to the separate microcosms of individual prisons or camps — they surely apply beyond their walls as well. A similar dynamic would be at work in the realm of policy, where “lead guards” step forward to formulate and execute ever more cruel policies. Within the Nazi regime, Reinhard Heydrich climbed the ladder not just by following orders, but by devising and volunteering ever more new and oppressive policies. The role of Communist Party figures like Chen Quanguo in Xinjiang and in Tibet may be similar and comparable. Indeed, as governor of occupied Czechoslovakia, Heydrich similarly strove to oppress – and Germanise – Czech culture.

One writer has even suggested recently that the PRC as a whole can be seen as one big Stanford Prison Experiment. This may be why we see so much seemingly pointless, and otherwise inexplicable, additional cruelty meted out to people who have disappeared and been imprisoned in China itself, and to their relatives. In the Stanford case, this spiral all ended with an outsider calling the bluff, but for China this may not be an option.

Magnus Fiskesjö. is an Associate Professor in the Department of Anthropology, Cornell University. Image Credit: CC by Shoko Muraguchi/Flickr

Coast Guard build-up: Taiwan’s approach to the South China Sea
The Need to Speak Out: Taiwan’s Contribution in International Forums