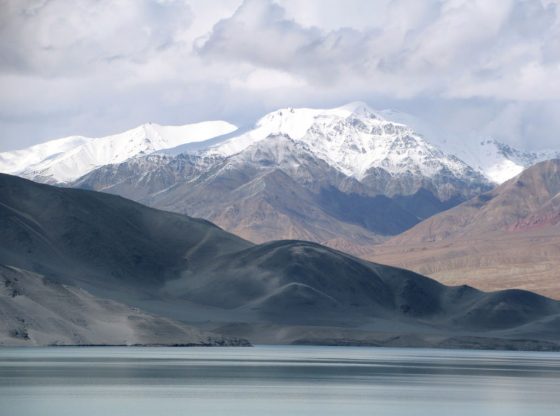 Speaking at the Hong Kong Foreign Correspondents’ Club on 14 August 2018, shortly before his political party was banned, Hong Kong National Party (HKNP) spokesperson Andy Chan pointedly drew parallels between developments in Hong Kong and those in East Turkestan [Xinjiang] and Tibet. That comparison smacks of hyperbole. As the UK’s Foreign & Commonwealth Office noted in its latest six-monthly report on Hong Kong, the territory “continues to be a prosperous and vibrant city” – a world away from the concentration camps of Xinjiang. Nor is Chan – who previously declared armed insurrection a possible way forward for his party – a particularly compelling advocate.

Hong Kongers do not currently face anything approaching the perils that now confront ethnic minorities in Xinjiang. Nor is it likely that the situation in Hong Kong will deteriorate to the same level. For one thing, most Hong Kongers are of Han Chinese descent, as are Beijingers. For another, the city remains relatively open to foreign media, despite the recent expulsion of journalist Victor Mallet for presiding over Chan’s talk. Nonetheless, Xinjiang represents the most horrific expression thus far of a “periphery playbook” – a common set of strategies being deployed, to widely varying degrees, in other peripheral regions: the invocation of “national security”, economic integration as a Trojan horse for other forms of assimilation, cultural indoctrination, and extraterritorial action.

Beijing and its local proxies have repeatedly invoked “national security” or “counter-terrorism” in suppressing political opposition. Current Xinjiang Party Secretary Chen Quanguo previously presided over a campaign of repression in Tibet; his iron-fisted “strike hard” approach in both regions has resulted in his elevation to the Communist Party Politburo. The Hong Kong government has not gone to nearly the same lengths. Yet recent events suggest that it is also aggressively expanding its conception of “national security”. The reasoning articulated by Assistant Societies Officer Rebecca Lam in recommending that HKNP be banned is a prominent example. Two points of Lam’s recommendation bear noting. First, Lam declared that threats to “national security” need not involve the use or threat of force – in contravention of the Siracusa Principles on the Limitation and Derogation Provisions in the ICCPR (International Covenant on Civil and Political Rights). Second, Lam repeatedly referred to “concrete steps” taken by HKNP in furtherance of Hong Kong independence – most of which amounted to nothing more than speaking in public or publishing a newsletter. Recent revelations that the Hong Kong police have revived the political “Special Branch” in all but name, and Chief Executive Carrie Lam’s pledge to crack down on perceived threats to “the country’s sovereignty, security and development interests”, suggest that this trend of “national security” expansionism will continue.

Imposed economic integration has also been crucial to Beijing’s policies towards its periphery. Xinjiang lies on the border with seven Belt and Road Initiative partner countries and has been portrayed in state media as a “crucial gateway” for the initiative, although Beijing began investing in infrastructure into the region as early as the 1980s. The economic development of Tibet from the 2000s, if not earlier, has had a similarly assimilationist bent. Hong Kong, meanwhile, is being drawn into the “Greater Bay Region” through major public works such as a high-speed rail extension and the Hong Kong-Zhuhai-Macau Bridge. The Sunflower Movement of 2014 was precipitated by fears that the Kuomintang government was leading Taiwan down a similar path towards economic dependence on China.

These economic integration initiatives have been used as stalking horses for political and social integration. The high-speed rail terminal in Hong Kong, for instance, involves a “co-location” arrangement whereby Mainland immigration checkpoints are physically located in Hong Kong but subject entirely to Mainland – not Hong Kong – jurisdiction. This arrangement cedes far more power to co-located officials than immigration pre-clearance arrangements in other jurisdictions. It also violates Hong Kong’s Basic Law, its constitutional instrument. The only plausible reason for its adoption, in the face of vociferous opposition, is to create a precedent for subsequent moves to impose Mainland jurisdiction on Hong Kong territory.

Beijing has also made concerted efforts to undermine distinct local and cultural identity. Beijing discouraged the use of Uyghur- or Kazakh-language teaching materials in Xinjiang for several years, ultimately banning them altogether in 2017; its campaign of assimilation now extends to the systematic distancing of young Uyghurs from their culture. In Hong Kong, a new “national education” curriculum – bitterly criticised as an attempt at indoctrination – was shelved in 2012, only to be covertly revived in later years. Hong Kongers’ suspicions over “brainwashing” continue to cloud education reforms ranging from from exchange programmes to compulsory Mandarin courses at university.

Beijing’s efforts to bring its periphery to heel have also extended well outside China’s borders. At China’s behest, Interpol issued a politically motivated “Red Notice” seeking the extradition of Germany-based Uyghur activist Dolkun Isa; it remained in place for more than a decade until being lifted in February 2018. Similarly, Beijing has not hesitated to act in an extra-territorial manner against perceived threats from Hong Kong. Two of the Causeway Bay Books booksellers abducted by state security were EU citizens. One of them – Swedish citizen Gui Minhai – was abducted from Thailand. More broadly, Beijing’s intensifying “United Front” work overseas has also served, in part, to suppress independent discussion of developments in the periphery.

Developments in Hong Kong are not on the same magnitude as what is happening in Xinjiang. However, what Hong Kong demonstrates is that Beijing is applying the basic strategies that it is using in Xinjiang more widely. Given the opportunity, Beijing will readily apply more of its periphery playbook to Hong Kong and Taiwan. The question is whether it will be allowed to do so with impunity.

Alvin Y.H. Cheung is a J.S.D. candidate at New York University School of Law and an Affiliated Scholar at NYU’s US-Asia Law Institute. His research interests include the implementation of “One Country, Two Systems” in Hong Kong and the use of law and legal rhetoric by authoritarian regimes. Alvin holds degrees from NYU (LLM in International Legal Studies, 2014) and Cambridge (MA 2011), and has worked in Hong Kong as a barrister and as a lecturer in Law & Public Affairs at Hong Kong Baptist University. Image Credit: CC by David Stanley/Flickr.

China’s decimation of Uyghur minds
China and Latin America: How significant are their economic relations?