China and Latin America: How significant are their economic relations? 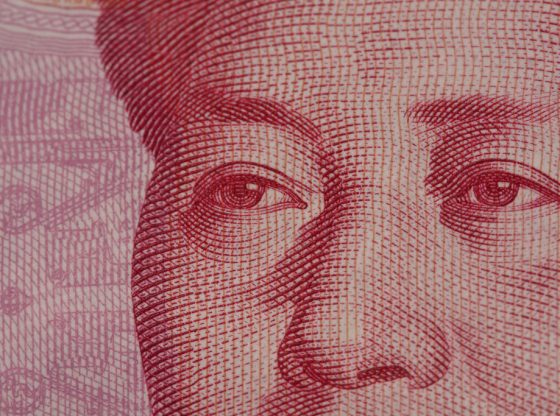 China’s economic involvement in Latin America and the Caribbean (LAC) has grown significantly since the turn of the century.  At first, this was characterised almost exclusively by increased bilateral trade following China’s accession to the World Trade Organisation (WTO) in 2001. The past decade, since the outbreak of the Global Financial Crisis in 2008, has seen a broadening of China’s relations with LAC to involve growing flows of Chinese capital to the region, both through foreign direct investment (FDI) and loans from Chinese banks led by the China Development Bank. Over the past five years, there have been signs that Chinese companies are becoming more involved in infrastructure projects too.

But how significant are Sino-Latin American economic relations today? There is a tendency, particularly amongst those in the United States who see the rise of China as a threat to US hegemony, to exaggerate the scale of China’s presence in Latin America.  As I show in a forthcoming book, How China is Reshaping the Global Economy: Development Impacts in Africa and Latin America (Oxford University Press), although trade with China is indeed important for Latin America, in other respects economic relations with China are still relatively limited, particularly in comparison with Chinese involvement in Sub-Saharan Africa. There are also major differences between Latin American countries in terms of the extent of their economic engagement with China.

China has now overtaken the European Union as a trading partner for Latin America, although it still lags a long way behind the US.  However, in terms of trade with South America, China is ahead of both the US and the EU. It is the most important trading partner for Brazil, Chile and Peru. Mexico, Central America and the Caribbean, on the other hand, continue to rely heavily on trade with the US. It is difficult to obtain reliable data on the level of Chinese foreign direct investment in Latin America. Official Chinese figures underestimate the extent of involvement because they do not include investment channelled through Chinese subsidiaries in other countries such as Hong Kong or Luxembourg. Even taking more realistic estimates, however, China accounts for well under 10% of FDI in the region, compared to 40% coming from the EU and 25% from the US. In the region’s two largest economies, Brazil and Mexico, China is not even amongst the top ten foreign investors in terms of accumulated investment.

Whereas Chinese firms have been reported to account for almost half of international construction and engineering projects in Africa, their involvement in Latin America has been marginal up to now. Some of the most high-profile Chinese projects such as the high-speed railways planned in Venezuela and Mexico have been abandoned, while it looks increasingly unlikely that the proposed canal through Nicaragua, for which a Hong Kong-based firm has been awarded the concession, will ever be built. Although Chinese banks have lent more than US$150 billion to Latin America since 2005, most of this has gone to Venezuela, Ecuador and Argentina, three countries which have had difficulty in borrowing from other sources because of past defaults.  Unlike Africa, where concerns have been raised about the sustainability of borrowing from China, for most Latin American countries, China accounts for a relatively small share of their total borrowing.

While not exaggerating the current scale of Chinese involvement in Latin America, there is little doubt that it is likely to increase in future. The establishment of the China-CELAC Forum in 2015 has provided a framework for increased cooperation between China and Latin America and has led to the creation of several new Chinese funds to finance infrastructure and industrial development in the region. China has also made further diplomatic inroads in the region with three countries which previously recognised Taiwan (Panama, the Dominican Republic and El Salvador), establishing diplomatic relations with Beijing from 2017.

The trade war between the US and China is also likely to boost Sino-Latin American economic links. Brazilian and Argentinean soybeans are already displacing US beans in the Chinese market as a result of the 25% tariff imposed by China on imports from the US in retaliation for US restrictions on Chinese goods. Latin America stands to benefit not only from Chinese restrictions on US goods but also potentially from US tariffs on Chinese ones.  Countries which lost out to Chinese manufacturers in the US market in the past, such as Mexico, may find companies returning there to avoid the new restrictions. However, should the trade war escalate and lead to a major slowdown in growth in the US and China and precipitate a global recession, any short-term benefits in Latin America are likely to be swamped by the negative macroeconomic effects.

Professor Rhys Jenkins has over thirty years’ experience of research in developing countries with a particular interest in Latin America and has also worked in East Asia and South Africa.  He has acted as a consultant for a number of international bodies including UNCTAD, UNIDO and UNRISD and for the Department of International Development. His research interests are in the broad area of the impact of globalisation on developing countries. Image Credit: CC by David Dennis/Flickr.

Xinjiang and Hong Kong: the periphery playbook
The Poetics of Tsai Ming-liang