For a long-term analysis of China–Latin American relations, take a smaller regional approach 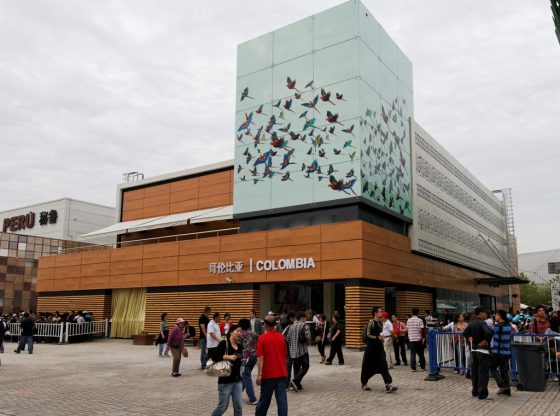 Even though an iron ore mine in Peru was the site of a Chinese foreign direct investment (FDI) project as early as 1992, the enormous presence of the People’s Republic of China (PRC) in Latin America is a recent phenomenon. Not all nations have reacted to this change in the same way. Taking Colombia as an example shows that while not all immediate reactions were easily predictable, they ultimately fall into smaller regional groupings.

For Colombia and many nations throughout the world, bilateral trade with China started at close to zero in 1990. This changed with China’s ‘going out’ policy (走出去政策, zou chuqu zhengce – the series of  PRC initiatives culminating in the official announcements in 2002 that encouraged Chinese companies to internationalise). By 2005, China was the world’s third largest trading nation. Long-term, rapid and widespread trade and investment projects blossomed throughout much of the world, and especially on the continent of Africa. While trade with Latin America did progress during this time, for countries like Colombia, bilateral trade with China still made up less than 3% of its total world trade.

Over the next 10 years, however, this changed. In 2008, Beijing published its ‘Policy Paper on Latin America and the Caribbean’, a formal invitation to engage in greater bilateral relations with each nation in the region. This came on the heels of targeted diplomatic visits and an expressed interest in increased trade and investment. By 2012, China had become Colombia’s second largest trading partner, and Latin America became the final frontier for China’s going out policy. From a Latin American perspective, this was China’s desembarco, its landing. Various scholars examining the initial impact of China’s landing roughly divided the region between ‘winners’ and ‘losers’. The winners were those with the raw materials China needed for its growing economy, who found themselves with a new customer that had a seemingly insatiable appetite for their supplies. The manufacturing sector, on the other hand, became the losers, as firms faced a formidable new competitor which could out-do them wherever their goods were sold, both at home and on world markets.

With the health of their economies at stake, it would make sense for the ‘winners’ to court this new customer with open arms, ready to put the right policies in place for a smooth transition eastward. The ‘losers’ would want to avert fierce competition at all costs. With relationships based almost exclusively on trade, winners and losers would naturally develop different foreign policies. This has not been the case, however. Initial responses to the PRC have been varied. Colombia is a country rich in the natural resources which China demands, from oil to rare earth minerals. Its diplomatic response to China’s overtures was initially warm but ultimately failed. The two countries signed a flurry of agreements, ready to explore the possibility of a bilateral free trade agreement (FTA). Colombia participated in the 2010 Shanghai Expo at the express invitation of Xi Jinping, and the China Development Bank’s (CDB) loans stood ready to meet Colombia’s crying need for infrastructure loans.

The CDB, however, failed to offer competitive rates, in part due to Colombia’s regional positioning. The CDB offered Colombia the same (uncompetitive) rates it had offered to Ecuador and Venezuela, even though the former had defaulted on its sovereign debt and the latter had enacted policies that put a barrier to private investors by prioritising state-owned enterprises. Colombia had a better risk profile and could therefore find better rates elsewhere.

For its part, Colombia, failed to follow through on its diplomatic initiatives. The Shanghai Expo became a single massive initiative, pulled off at the last minute and dwarfed by neighbouring booths from countries like Chile, which had spent more time and resources on preparing for the Expo. And all talk of a bilateral FTA halted in the face of domestic opposition. The president of Colombia’s major industrial organisation told reporters that completing such a deal with China – and so quickly – would be like jumping off a cliff. While the bulk of Colombia’s economy depended on its raw materials, fear for Colombia’s other domestic industries led to a new hesitancy. This fear for smaller industries was coupled with a uniquely deep aversion to left-wing politics after half a century of battling left-wing guerrillas at home. Around the Colombian senate, ‘but we’re not communist’ was offered as a reason for not developing a foreign policy towards China, even as the PRC became the country’s second largest trading partner. Consequently, all government-led bilateral initiatives ultimately failed.

Colombia rapidly changed its stance towards China through indirect – and inadvertent – means with the emergence of the Pacific Alliance. The Pacific Alliance is a trading bloc founded by Colombia, Chile, Mexico and Peru; ‘like-minded’ nations along the Pacific coast with the express aim of increasing trade with Asia. At its inception, several Colombian diplomats eagerly spoke of a future modelled after the Schengen Area in Europe, moving beyond one trading zone to one currency, one passport, and so on. The same industrial leaders who had opposed the bilateral FTA with China heralded the Pacific Alliance as a boon for business – even though the Alliance would wed the Colombian economy to Chile’s, which was one of the first to complete a bilateral FTA with China, and Peru’s, which also had an FTA with China in force. The man who had said an FTA with China would be like jumping off a cliff rose to spearhead the Alliance’s business efforts in Asia.

This is not to suggest that the Pacific Alliance has been a magic bullet, or that Colombia now has a detailed policy in place for its relations with the PRC. On the contrary, the Alliance, as it stands today, has not boosted trade or investment with China at all, and the PRC continues to engage primarily with individual nations. What it does suggest is that rapid attitudinal changes occur when countries band together. When taking a long-term approach to China-Latin American relations, examining the partnerships within the region may better determine how far a nation is willing to go in deepening its ties with the new economic giant on its doorstep.

Dr Sabrina van den Bos is a graduate of the Department of Politics and International Studies at the School of African and Asian Studies (SOAS) in London. Her research focuses on China-Colombia relations and the third-party catalysts that drive them. Image Credit: CC by Kimon Berlin/Flickr.