What’s new with Chinese investment in Latin America (and what’s not)? 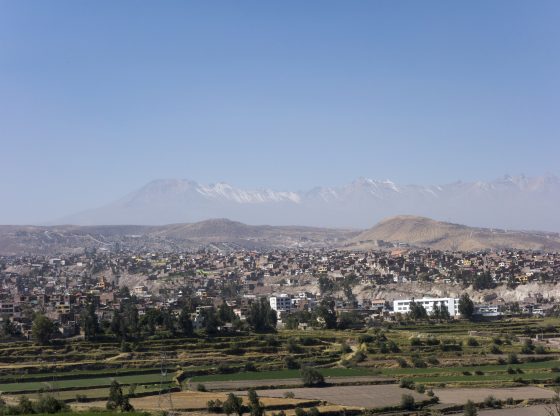 Since the 2000s, Chinese firms have been seeking natural resources in Latin America voraciously. One distinction in the Chinese approach is a preference for acquiring mines, rather than simply purchasing the commodity on the market. Another distinction is that Chinese firms encounter greater resistance to acquisitions abroad than firms from other global powers. Chinese firms fail in about 11% of acquisitions, whereas their American and British counterparts fail in fewer than 3% of cases. There are several possible explanations for China’s higher failure rate. Chinese firms may be more ambitious in their goals, seeking out riskier projects with an inherently higher probability of failure due to the nature of the project or the local political context. Another explanation is that Chinese firms are less experienced, and possibly even less sensitive to local concerns, than their counterparts from North America or Europe.

Both arguments have found some support in Latin America and beyond. Much of the research on Chinese foreign direct investment (FDI) in the region has suggested that Chinese firms go for controversial projects (e.g. extractive activities; mergers and acquisitions), or have neglected labour rights and environmental regulations, although they are not always the worst offenders. But this lack of experience and sensitivity is starting to change. Chinese firms in Latin America have been learning how to navigate local institutions and host communities. In a move reminiscent of the US during the Cold War, the Chinese government has been explicitly cultivating domestic knowledge of Latin America through area-studies research centres, particularly since 2010. In Latin America, Chinese firms are starting to adapt to local concerns in two noticeable ways: a renewed commitment to infrastructure development and improved public relations. In other areas, however, Chinese firms continue to lag behind some of their counterparts.

Although China had previously already engaged in some infrastructure investment in Latin America, Chinese President Xi Jinping has signalled an increase in these activities as an extension of the Belt and Road Initiative and countries like Peru are very interested. China has excess construction capacity; Latin America has excess infrastructure demand. In addition, mining ventures often benefit directly from improved infrastructure to transport commodities to markets.

Chinese firms are able to undertake large infrastructure projects due to their access to financing from Chinese state-owned banks (SOBs). For the Toromocho project in Peru, the Aluminum Corporation of China (Chinalco) invested large sums in infrastructure development, including transport, energy and a power plant, as well as to relocate the town of Morococha, all of which was funded by a Chinese SOB. The new town, Nueva Morococha, included many upgrades for residents, such as tidy houses with plumbing and electricity, new schools, a health clinic and churches. Although not all residents were satisfied with the outcome, Chinalco exceeded international standards in this case. Similarly, China’s Shunde Rixin Development Company Ltd. easily acquired the Vallenar iron ore mine in northern Chile in 2010. The investment in Vallenar is likely to total US$2.5 billion, as Rixin is planning to invest in railway and port construction to facilitate transport of the ore.

Another change in FDI is a greater concern with public relations and even corporate responsibility. Chinalco utilised myriad tactics in negotiating with the local community for the Toromocho project.  A key feature was to employ locals, particularly in visible, managerial roles, which is a departure from the traditional Chinese model of transporting labour from China rather than hiring locally. The websites for the Peruvian divisions of Chinalco and Shougang Hierro Perú tout their commitment to the environment and social responsibility. Shougang’s logo even recalls the indigenous art of the region. For Toromocho, Chinalco contracted a consultancy for advice on public relations from a social responsibility perspective.

China’s efforts at increasing transparency in the extractive industries are mixed at best. China has not joined the Extractive Industries Transparency Initiative (EITI). (The US pulled out in 2017.) But Chinese leaders have expressed support for EITI and EITI finds that Chinese extractive firms are about as transparent as their counterparts from other countries.

China’s current leadership is less likely to respond to human rights concerns than some other investing nations. For example, the British-based Peru Support Group has undertaken a number of campaigns and has pressured the British government to examine the actions of British mining companies more closely. This serves to transnationalise the issue of British mining in Peru and increases the transparency of the actions of foreign mining companies in the context of the well-established British political and legal systems. Chinese activists, on the other hand, are unlikely to take up the plight of Peruvian miners and they would be hard pressed to find allies in Beijing.

Chinese firms have learned that to become more competitive in their bids, they need to do more than provide capital. They must offer goods and services demanded by the local community.  The good news is that over the years, Chinese firms have learned, for example, how to improve Latin America’s infrastructure needs and to listen to local communities. Their biggest shortfall remains transparency.  While this lack of transparency may allow them to win some contracts sometimes, it still creates tensions locally, in a region where citizens, social movements, and parties are becoming far less tolerant of corruption. Lack of concern with transparency can also be self-damaging. The most non-transparent of all of China’s FDI initiatives has taken place in Venezuela, and the result has been one of the worst economic crises in the world. Venezuela stands as a global symbol of the failure of China’s non-transparent FDI.

If Chinese firms wish to receive a warm welcome from locals and thus compete successfully in the region, and maybe even avoid dire consequences, it is incumbent upon them also to learn how to be more transparent.