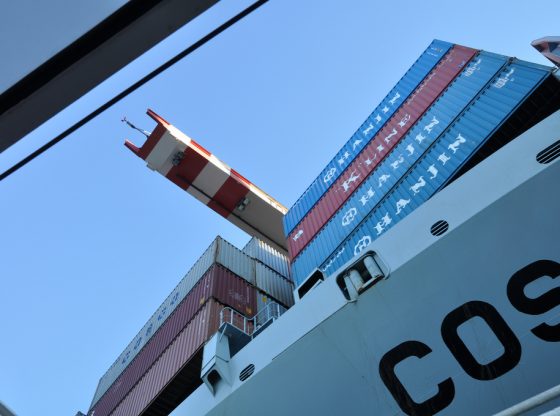 In recent years, the economic relationship between China and the Latin American region has deepened and intensified. Exports of goods from Latin America and the Caribbean (LAC) to China increased from US$84 billion in 2016 to about US$104 billion in 2017. China is the second largest export market for the LAC region. Indeed, for Brazil, Peru and Chile, China is the largest export market globally.

Latin America consists of many heterogeneous countries and the region includes many diverse economies, including Argentina, Brazil, Chile, Columbia, Cuba, Ecuador, Mexico, Peru, El Salvador, Uruguay and Venezuela. It would be inappropriate to lump so many diverse countries into one entity. Nonetheless, we can distil three key features of the economic links between China and Latin America.

Second, the trade relationship between China and Latin America is heavily concentrated. Between 2011 and 2016, more than 85% of exports from LAC to China consisted of agricultural and mineral products. Within these exports, soybean, iron, petroleum and copper accounted for more than 65%. These export relationships are also geographically concentrated. For example, more than 80% of soybean and oil seed exports to China come from Brazil, while about 50% of LAC exports of copper ore to China come from Chile. As a recipient of imports, China is the top export destination for South America. If we add in Mexico, Central America and the Caribbean, China is second to the United States as an export destination for the LAC region as a whole.

Third, Chinese investment in the region is diversifying. In 2017, China’s greenfield investment in the region amounted to about US$4.4 billion. Somewhat surprisingly, about US$1.3 billion of this is in manufacturing. For example, greenfield Chinese investment includes a $300 million electric car plant in Argentina by the Dongfeng Motor Company.  In terms of mergers and acquisitions, China recorded an investment of about US$17.7 billion in 2017. About US$14.5 billion of this was in the electricity sector. As an example, China’s State Power Investment Corporation spent US$2.3 billion in 2017 to acquire Brazil’s São Simão hydroelectric power plant.

As described above, China’s investment in Latin America is diversifying into manufacturing and the electricity sectors. In addition, China’s government loans to Latin America, which amounted to US$9 billion in 2017, have also diversified away from oil and mining and into infrastructure projects. As an illustration, Argentina received a loan of US$2.4 billion from the Export-Import Bank of China to modernize the San Martín railway. This diversification of investment and loans into manufacturing, infrastructure and electricity should enhance the productivity of Latin American economies in the medium term. Potentially, it may also enmesh Latin America into a joint China-Latin America supply chain. Indeed, there is some recent evidence that China is exporting more electronic and telecom parts and components to the region. For example, a large proportion of telecom parts and components imported into Brazil and Mexico actually came from China, Hong Kong and Taiwan.

China seems to be investing more in developing manufacturing plants to produce in Latin America rather than just exporting there. In this way, China can take advantage of Latin America’s natural advantage in terms of space and time. This means both the region’s geographical proximity to and shared time zone with the United States, which is the largest consumer market in the world. This is also connected with another trend which is encouraging co-operation between China and Latin America, namely the protectionism of the Trump Administration. As Trump’s America retreats from global trade, it is sensible for China and Latin America to forge closer trade and investment ties, as a hedge against the unpredictable trade policies of the current US government.

In addition, with a new US-Mexico-Canada trade agreement in 2018, it is also logical for China to invest more in Mexico to access the American market. Increased trade and investment between Latin America and China and a pan China-Latin America supply chain to serve the US market make business sense and will be profitable for both economies.

Lastly, another trend that may potentially encourage closer ties between China or Asia with Latin America is the changing demographics within the United States. As of 2016, about 13.5% of the US population are immigrants. Some econometric evidence demonstrates that trade increases between the home and adopted countries for migrants. The reasons given for this generally come down to the migrants having multicultural tastes (e.g. taste for food from the home countries), as well as being familiar with multiple markets.

The case of California

If being comfortable with multiple cultures increases economic links, then this is significantly enhanced by the demographic situation in California. Currently, California has the fifth largest economy in the world, with a GDP of US$2.75 trillion.  It has a population of 39.5 million, of which 39.1% are Hispanic and 15.2% are Asian. These diverse Californians often interact with each other and become familiar with the others’ cultures and tastes. Given the diversity of the population in California, there is a significant likelihood that trade and investment will become more important between China (Asia) and Latin America.

In addition, inter-racial marriages in the United States, including marriages between Chinese-Americans and Hispanic-Americans, are increasingly common, particularly for the younger generation. About 17% of all US newlyweds intermarry across cultures, and three in ten Asian newlyweds intermarry. About 3% of all US babies are both Hispanic and Asian. Among the top 10 places where intermarriages are the most common, three are in California: Santa Maria-Santa Barbara (30% of newlyweds intermarry), Stockton-Lodi (28%) and San Diego-Carlsbad (27%). Chinese-Hispanic or Asian-Hispanic Americans living in California and elsewhere who are bi-cultural and bilingual will be in the vanguard for further trade and economic ties between the two economies.

The Journey of Taiwan Cinema: from Taiwan New Cinema to post-New Cinema
Reconciliation in Sri Lanka