In the time of Village Rockstars 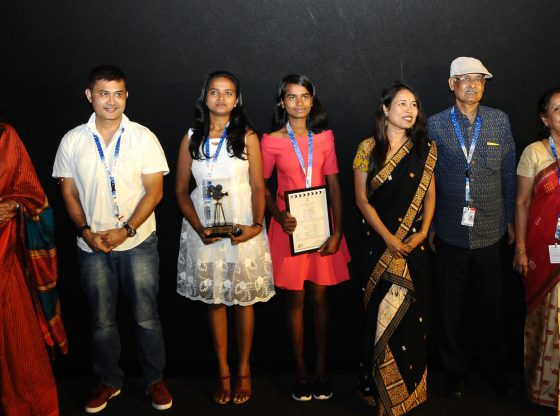 Every film and piece of art has its own destiny. In this article, I look at the journey and destiny of a poignant film called Village Rockstars, and how it navigates the sociopolitics of India. Set in a flood-affected village called Chaygaon in Assam – one of the northeastern states of India – Village Rockstars is an ode to her homeland by Rima Das, the filmmaker, cinematographer, writer, editor and producer of the movie.

After winning several awards in India and abroad, Village Rockstars is the first film in the Assamese language to have been selected as India’s official entry to the Oscars for the year 2019 in the Best Foreign Language Film category. Although India produces the largest number of movies every year, its success at the Oscars has been little and far between, limited to individuals, with only three film nominations and no wins.

There are two main aspects of this movie that I think are worth exploring.  Firstly, it analyses the complex social and political conditions that one has to succumb to due to natural calamity and disaster. Secondly, it highlights ontological aspects of gender equality that exist in Assamese society.

The film is the story of a 10-year-old vivacious girl called Dhunu who lives with her widowed mother and her brother. Dhunu, played by Bhanita Das, dreams of owning a real guitar one day and starting her own rock band. Dhunu is not the only main character of the movie; the yearly flood that has been engulfing the paddy fields, and destroying lives and property is also a coherent apostle of the movie’s narrative.  Every year, Dhunu and her family have to begin their lives from scratch after the devastating flood. At one point we might presumably consider the flood as a metaphor for patriarchy as well as a literal disaster, and the struggle is not just external but internal as well.

Village Rockstars arrives in cinemas for Indian audiences at a time when the nation is engrossed with the National Register of Citizens (NRC) debate. With the names of over four million people still missing from the final draft of the NRC, it is no surprise that the state of Assam, which is home to illegal Bangladeshi immigrants from across the border, is central in the debate. In an unprecedented situation, the fate of four million people still hangs in the balance unresolved.  The influx of immigrants is mostly due to high unemployment, over-population and natural calamity in their home country.

It should be noted that flooding is a common factor on both the sides of the border. Also that visual art has a very strong impact on people’s imagination.  Village Rockstars depicts the powerful hegemonic relationship between mankind and the environment, over which we have very little control.  It is important to note here that Das keeps to limited dialogue in most of her scenes; as her own cinematic work is influenced by the observational cinema of film-makers across the globe, the movie has a heterogeneous audience spectrum. We can draw a strong resemblance with Edward Said’s Reflections on Exile. Through Das’s powerful cinematographic work, we get to navigate the myriad landscapes of home and the consistent presence of the mighty Brahmaputra River as a force of exile.  Immigrant or citizen displacement and natural calamity can both leave lives impaired. Thus, while being set in Assam, the film ruminates on wider cross-border questions of belonging.

In one scene, Dhunu tells her friend that her father was swept away in the flood as there was no embankment.  But neither Dhunu nor her mother wallow in any kind of self-pity. In another scene, Dhunu’s mother teaches her to swim, a life-saving skill that her father never learned.  This is a strong reflection of a society where the mother has taken over to impart the basics of survival. On the periphery, it might appear to be unorthodox, but it is one of the most common skills that most people affected by flooding learn as a result of the land’s topography, irrespective of their gender. It is imperative to mention here that the film does not make a blatant connection to activist feminism; rather, it beautifully promotes gender equality.

Dhunu spends most of her time with the village boys, climbing trees, fishing or frolicking in the rain with her pet goat Munu. One evening, while helping her mother to sell snacks, Dhunu sees a band fronted by a woman, their guitars made of styrofoam. Dhunu’s musical aspiration begins that day. For a family who survives on salt and rice, the dream seems too far-fetched to be realised. As part of Assamese tradition, Dhunu is kept in isolation as she reaches puberty.  This instance can also be used to suggest Dhunu coming to terms with her own bodily change. Once the ceremony is over, high-spirited Dhunu makes her way back to old friends by climbing trees and playing in the mud.  Das illustrates a strong portrayal of Dhunu’s mother, who at one point rebuts the criticism of a village woman about her daughter’s unladylike characteristics and mingling with boys, while at another point the same mother does not restrain herself from beating her daughter when she clumsily takes her boat out in the flood. The scene also depicts a strong urge of security that a mother would always want for a child.

The movie also introduces the audience to the societal status of women in the northeastern region of India. Vastly different from the rest of the Indian states, women here are given a higher position in society. It is important to mention that traditionally most women in this region contribute as a bread-earning member of the family, and the intra-power nexus of family decision-making is mostly shared between genders as well. This is reflected in every frame of Village Rockstars, which looks like poetry in motion. With Indian audiences increasingly critical about postcolonial literature and cinema, many might find themselves being introduced to a different texture of Indian cinema, a journey worth exploring.

Tusharika Deka is a Doctoral Research Candidate in International Relations in the School of Politics and IR at the University of Nottingham. She is the recipient of the Vice-Chancellor’s Scholarship for Research Excellence (International).  Her doctoral research is on the Kashmir Conflict and the question of Kashmiris’ citizenship in India. Image Credit: CC by Wikimedia Commons/Ministry of Broadcasting and Information, India.