Project Hope: A charity from Nottingham improving the lives of single mothers in Sri Lanka 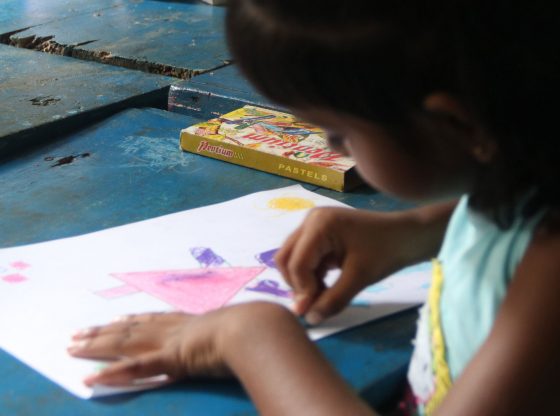 As part of the Rosie May Foundation’s international internship programme, four students from the University of Nottingham spent three weeks at the foundation’s family strengthening programme Project Hope in South-Western Sri Lanka in June 2018. This article assesses the contribution the project makes to economic and social development in the region.

The Rosie May Foundation

Mary and Graham Storrie founded the charity in January 2004 to create a legacy for their daughter Rosie May who was killed on 28 December 2003. The charity’s first project was giving a part of the donations the family had received in response to Rosie’s death to the Sheffield Children’s Hospital. After witnessing the 2004 Indian Ocean Tsunami during their Christmas Holidays in Sri Lanka, Mary and Graham decided to extend the charity’s operations overseas and founded the Rosie May Home in Sri Lanka, a project for children whose parents had fallen victim to the tsunami.

In addition to the charity’s work in the UK and Sri Lanka, the Rosie May Foundation also runs projects in Nepal today. These include a rebuilding initiative for a school that was destroyed in an earthquake in 2015 and educational empowerment programmes for women and children. In 2016, the charity initiated its second development programme in Sri Lanka: Project Hope, which is where the author of this article spent three weeks in June 2018.

In a developing country like Sri Lanka without a social security system, families that lose their breadwinner often plunge into poverty, unable to provide for their children. They are often left with no choice but to put them into orphanages. This has detrimental and long-lasting effects on the children as well as the mothers.

Project Hope has made it its mission to prevent families in distress from separating. The project is based in the coastal village of Peraliya in South-Western Sri Lanka and offers economic and educational empowerment initiatives for single mothers. As part of these initiatives, Project Hope provide a range of workshops to educate the mothers in simple crafts which they can use to run their own business and, eventually, become economically independent. These include the production of consumer goods such as rugs and incense sticks as well as the operation of a tuk-tuk driving service. The costs for running the workshops as well as the raw materials for rugs and incense sticks and the tuk-tuk’s operational costs are subsidised by the Rosie May Foundation. To maintain an economic incentive system that cultivates a spirit of entrepreneurship and self-responsibility, participants pay a reduced fee for these courses.

Women receive further benefits from enrolment on the programme, including transfer payments for children’s utilities such as food or school stationery, free English lessons and a preschool programme for children as well as membership in a range of educational self-help groups for the mothers. For instance, Project Hope’s savings group, a self-help scheme through which the mothers support one another in managing their personal finances and pay a monthly lump-sum into a common investment fund, is operated by the mothers without any support from the project’s staff.

The combination of direct transfer payments to guarantee families’ economic security in the short-term, training programmes to create an income source for the women in the mid-term and supplementary educational initiatives such as the savings group to ensure financial stability over the long-term is at the core of Project Hope’s sustainable development strategy. It was the interns’ task to assess the success of this strategy and to find areas for further improvement to Project Hope.

To this end, the interns conducted interviews with key stakeholders such as the project’s staff and the women enrolled onto the programme, attended and took part in Project Hope’s different programmes and analysed records on attendance rates in the various schemes as well as financial data. Their findings were summarised and presented in their impact report in which they also made suggestions for improvement to Project Hope. The areas with the greatest scope for improvement discerned by the interns included:

As a result of these suggestions, the Rosie May Foundation purchased an incense stick production machine, invested about £18,000 in six new tuk-tuks for the driving programme and has introduced additional English classes for both age groups. Further recommendations are being put in place or in the planning stage. It is the hope of all interns that this will help to continue Project Hope’s success story and the impact it makes on the lives of single mothers and their families in Peraliya, Sri Lanka.