Missed opportunities: time is running out for the Indian government to pass legislative gender quotas bill 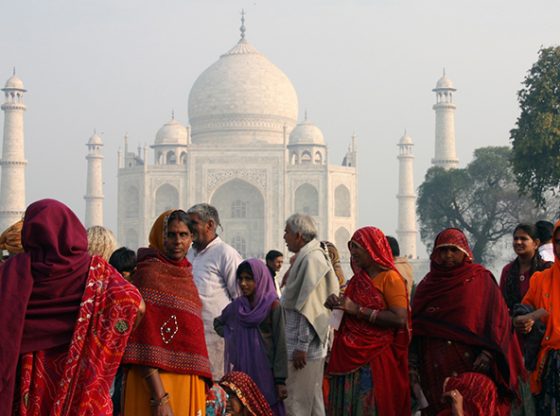 India’s next national election is due in summer 2019, when more than 800 million voters will again exercise their power to decide who their parliamentary representatives will be. But with draft legislation on gender quotas unlikely to be passed and implemented before then, and the reluctance of major parties to give women candidates greater opportunities, India’s lower house, the Lok Sabha, is not likely to see a substantial increase in women members of parliament (MPs) beyond the current 12%.

India has made uneven progress on gender and political representation. Since the 1990s, gender quotas in local government, in the form of reserved seats for women, have proved very successful, enabling the election of women representatives to at least a third of local council seats in most states. Several of India’s political parties are, or have been, led by women, and India has had two consecutive women Speakers of the lower house. The longest-serving Rajya Sabha (upper house) member was a woman MP, and she held the post of presiding officer (Deputy Chairperson) of that house for many years.

Yet successive Indian general elections have never returned more than 12% women MPs to the Lok Sabha. The scenario is even more depressing in the sub-national state legislatures. In the Gujarat election of December 2017, the presence of women legislators actually went down from 8.7% to 7.1%.

The problem is not discrimination on the part of the voters. Women candidates overall have higher success rates than men, but they are given far fewer opportunities by political parties; men have always comprised more than 90% of Lok Sabha candidates. In the 10 general elections since 1980, the two major rival national parties – the Congress Party and the BJP – have never exceeded having 13% women among their parties’ candidates in national elections. For women’s presence in parliament to increase, they need to be given more chances by the major political parties. The reluctance of parties to field women has led to greater support for reserved seats for women.

Women’s movement organisations in India have campaigned persistently for gender quotas, only to be disappointed by inconsequential political party rhetoric. The Women’s Reservation Bill came close in 2010 when it was passed in the upper house of the national parliament, amid controversial scenes. Having learnt from previous attempts, that bill’s introduction in the upper house in 2008 was a strategic move to ensure it did not lapse at the end of the parliamentary term, since India’s smaller upper house does not formally dissolve. However, once passed, the Congress-led coalition government did not then manage to introduce and pass the bill in the lower house before the end of its term in 2014.

The current ruling party, the BJP, is approaching the end of its parliamentary term. It faces difficult questions on the non-passage of the Women’s Reservation Bill. The BJP supported the bill while in opposition in 2010, criticising the Congress-led government’s reluctance to pass it. At the time, the Congress party was steering a fragile coalition government, and one of its key coalition partners strongly opposed the bill. The BJP has no such excuse, given that it won a slim majority on its own in 2014. Nonetheless, it has seemingly made little attempt to pass the bill, despite appeals from various parties and extra-parliamentary groups; for example, during the debate in the chamber on International Women’s Day this year, and during the monsoon session  in July–August 2018. Assuming the government does not call elections early, it only has two sessions remaining to pass the bill before parliament is dissolved.

The Women’s Reservation Bill often dominates discussions of women’s political representation in India – justifiably so to some extent, since it is a clear manifestation of patriarchal resistance, the reluctance of party-political elites to cede some space and power to women. If passed, it would make a substantial difference to women’s parliamentary presence.

But this is not the only story to tell, as Professor Shirin Rai and I demonstrate in our new book: Performing Representation: Women Members in the Indian Parliament. The opportunities and challenges faced by women MPs and members of the legislative assemblies (MLAs) as a minority presence in legislatures prompt other questions on gender and political representation. Formal and informal institutional norms in parliament affect how women MPs experience parliament and perform representation: their access to legislative debates; their nomination to and work in parliamentary committees; their response to expectations about ‘representativeness’ as women MPs, including intersectional considerations; their negotiation of competing party, electoral constituency, and other constituency commitments; public pressures to demonstrate their representative performances through various media; prospects for re-nomination and re-election at the end of their term; and the longer term sustainability of their political careers in a male-dominated environment.

These important themes are discussed in our book. The forthcoming national election will certainly influence the proportion and political persuasion of women MPs elected to the Lok Sabha in 2019, as well as their experiences of campaigning, but the story of how women MPs navigate parliament and how it shapes the gendered opportunities and challenges they face in exercising political leadership as parliamentarians will begin (or continue) after the election is over.

Dr Carole Spary is Assistant Professor at the School of Politics and International Relations, and Deputy Director of the Asia Research Institute at the University of Nottingham, UK. She is the author (with Professor Shirin Rai) of Performing Representation: Women Members in the Indian Parliament (OUP; in India, 2018, RoW 2019). The original version of this post was published on the blog of the Global Institute for Women’s Leadership, King’s College London, and can be found here. Image Credit: shared from the original blog post, with permission

From “With-Them” To “For-Us” Dynamic Model in Indigenous Higher Education
The indigenous tribes of Bangladesh: small voices lost in the sea of frustration