Thailand’s 2019 election: what’s in it for regional economic integration? 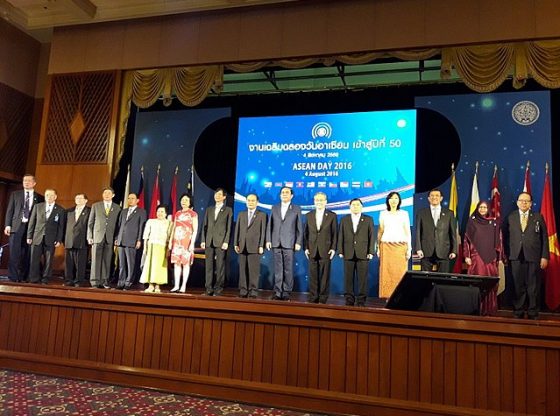 In May 2014 the Thai military staged a coup which overthrew the democratically elected government. After long delays, the Kingdom is now at last moving closer to holding a general election. On 12 September 2018, the Royal Gazette published new rules and regulations governing the election of the Lower House’s 500 members and the appointment of the Upper House’s 250 senators. These rules mandate that an election must take place between 24 February and 5 May 2019.

Thailand as the 2019 ASEAN Chair will push for the deepening of regional integration.

With the widely expected election approaching, many eyes are turning towards the nation, not only because Thailand is the second largest economy in Southeast Asia, but also because it will be the next Chair of the Association of Southeast Asian Nations (ASEAN) in 2019. The situation begets some pressing questions, most pertinently, how will the likely election result affect regional economic integration?

The likely outcome of the 2019 election

If the election is held as planned, the military is likely to retain control over the parliament, with a military person or military-appointed nominee presiding over the executive branch. This is due to several reasons. First, the Kingdom’s constitution requires the electoral system to be based on proportional representation, as opposed to the first-past-the-post rule, reducing the chance of large political parties achieving a parliamentary majority. Hence, the seats of the Lower House will likely be filled by candidates from small or medium-sized parties. Additionally, while the Lower House’s 500 representatives will be chosen via the electoral system, the 250 senators of the Upper House are to be appointed by the junta. To no one’s surprise, these selected individuals will be the generals’ cronies who will likely vote as a bloc in particular ways upon the junta’s request.

Second, the constitution posits that if the Lower House cannot choose a prime minister, then the senators will vote along with the House’s members to determine a non-elected person to assume the position. If the number of votes exceeds the parliamentary majority or is more than 375 out of the total 750 votes, this non-elected individual will become the country’s prime minister. It is highly anticipated that a military or military-linked person will eventually be the new head of state because the Thai generals already have 250 senators’ votes in their pockets. Additionally, the junta’s courting of an extra 176 votes is probable, given that some of those gaining election will come from parties including the Democrat Party and the Action Coalition for Thailand Party, whose constituencies tend to be junta sympathisers.

How will the result affect regional economic integration?

Although the tensions within a coalition government may persist as different parties have dissimilar ideas regarding the Kingdom’s international economic policies, Thailand will continue to support an open system, as its trade openness (the combined value of exports and imports) accounts for 123 per cent of GDP. The ongoing tariff escalations between the US and China have put pressure on the state because it supplies intermediate inputs to Beijing, which ultimately exports final goods to the American market. This partly explains why Bangkok is fervently trying to leverage more on the regional markets for its future economic growth and development.

As ASEAN Chair in 2019, Thailand will push for the deepening of regional integration via schemes such as the ASEAN Economic Community 2025 (AEC 2025) and the Regional Comprehensive Economic Partnership (RCEP). While AEC was formally created in December 2015, AEC 2025 proposes to further integrate the ten Southeast Asian economies. RCEP, meanwhile, is a mega trade deal being negotiated among the ten ASEAN members and their Free Trade Area (FTA) partners. It is aimed at consolidating the existing ASEAN+1 FTAs into a single contract. If concluded, the pact will cover 30 per cent of the global GDP and one third of the world’s exports.

Bangkok’s attempt to achieve the National Strategy’s objective via regional initiatives is supported by the fact that in early 2018 Thailand proposed creating the ASEAN Centre for Sustainable Development Studies and Dialogue (ACSDSD) as an institutional mechanism to support sustainable development collaboration in the region. The state also pushed for the Centre’s official launch in 2019. Looking ahead, one should not be surprised to see the new prime minister step up efforts to advance other regional initiatives that align with the junta’s National Strategy.

Kaewkamol Karen Pitakdumrongkit is Deputy Head and Assistant Professor at the Centre for Multilateralism Studies (CMS), S. Rajaratnam School of International Studies (RSIS), Singapore. The comments in this article are her own and do not reflect the views of RSIS. Image Credit: CC Wikimedia Commons.