Issues in developing a Sinicised Protestantism 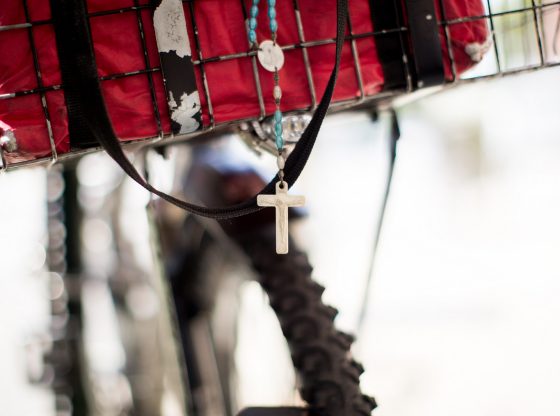 China continues to try to control Protestantism domestically. The official plan laid out by the China Christian Council and Three-Self Patriotic Movement on 28 March 2018 for the ‘Sinicisation of Christianity’ involves attempting to make Protestantism more patriotic and reflective of China’s history and culture over the next five years. While the general destination is set, it remains unclear what a ‘Sinicised’ form of Christianity would look like precisely. Meanwhile, the state would be heavily involved in guiding this development and managing or assimilating foreign influences to fit China’s socialist goals.

Religions in China have historically been adept in adjusting to China’s constantly shifting sociopolitical landscape. One explanation for this current phenomenon is that it takes considerable effort for the central government to coordinate and implement policies consistently through the many layers and spaces of the urban state, allowing for considerable organisational creativity and flexibility to adapt. Even now, underground churches and their networks have continued to find ways to sustain themselves under Xi’s regime. I have previously written on how transnational religious non-governmental organisations (NGOs) from the Chinese diaspora have been able to carefully navigate China’s constantly changing position towards Protestantism. Based on my observations, there are two reasons why I am sceptical about China’s ability to develop its own independent form of Chinese Protestantism that will fit with the central government’s stated goals.

First, since China will be building a Sinicised version of Christianity, effectively from scratch, some essential elements will be necessary to develop a systematic and cogent system of thought. As sociologist Randall Collins has demonstrated clearly in his sociology of philosophies, robust intellectual traditions rely on the interrelated ingredients of time (for ideas to develop) and an active intellectual community (a network consisting of both colleagues and critics) in order to flourish. China is lacking in both.

China’s current situation lacks the first ingredient of time, given that Christian theology has historically developed in the West, and so China is behind by default. Furthermore, the many sociopolitical upheavals over the last century have affected the development of intellectual lineages among Chinese theologians, resulting in the lack of stability. As a result, China’s theological developments in Protestantism are in its infancy compared to the West.

For the second ingredient of intellectual communities, the sociopolitical climate of an imposed cultural and socialist agenda predictably stifles honest academic discussion. Furthermore, the aforementioned lack of time and sociopolitical unrest has led to a dearth of skilled scholars to develop a Christian theological intellectual community, a point that China itself acknowledges. While strategies to pump money into research universities have been moderately successful, they would be largely ineffective here, since theological research is not dependent on funding like other fields such as the natural sciences.

Given that few of China’s domestic seminaries and universities have had a history of producing theological research, where then will the scholars China needs for developing a Sinicised Protestantism come from? Naturally, the government will either hire scholars loyal to the party who have studied abroad, or recruit scholars through lucrative programmes, who would then be willing to self-censor. The recruitment of scholars trained overseas brings us to my next point.

China does not have a monopoly over the development of a Chinese version of Christianity. There are two major competitors. The first of these are the foreign seminaries and universities in the West that are currently developing increasingly globalised and cross-cultural theologies. These Western institutions have the aforementioned ingredients of time-tested scholarly traditions and thriving intellectual communities. Students and scholars interested in developing a Sinicised Protestantism can stay in these Western institutions and benefit from building upon the intellectual traditions already established there. However, this type of putative infiltration by Western religious influences into the Chinese sphere is precisely what the Chinese party-state is against.

The second competitor is ethnic Chinese seminaries, the number of which is growing within the Chinese diaspora in countries like America and Canada. In addition, Hong Kong, Taiwan and Singapore serve as Chinese intellectual hubs that maintain a fair degree of academic autonomy. As a result, the overseas Chinese have already been developing their own brand of Chinese Christianity, interlaced with their Chinese identity. These Western-trained ethnic Chinese theologians have reflexively integrated their Western theological roots with Chinese sensibilities in their approach to theology. These theologies have in turn been exported back to China.

As I have demonstrated elsewhere, transnational Chinese Protestants have established stable global networks, while debates around their joint Chinese and Christian identities having been negotiated along linguistic, geographical, generational and ideological lines for over fifty years. Compared to both these competitors, China’s brand of Protestantism lags behind in terms of time, intellectual tradition, flexibility and reflexivity.

China recognises the need to collaborate with seminaries abroad and has organised international conferences to discuss Chinese Christianity. However, by collaborating with institutions beyond its purview, China also runs the risk of jeopardising its own goals by tolerating Western influences. Both Chinese and Western seminaries remain popular destinations for Chinese international students to attend. The question is, upon experiencing the liberal academic freedoms of the West, would any scholar of Chinese Protestantism want to move back to China, given the choice to stay abroad?

My observations as outlined here suggest that the central government should be modest in its ambition to develop a Sinicised form of Protestantism that fits with its goals in the near future. I also doubt whether any Sinicised version of Christianity is possible, given that faith serves to answer transcendental questions about the human experience such as pondering the meaning of life and providing explanations for suffering. Does a localised Sinicised Protestantism then mean simply adding a superficial Chinese cultural or socialist façade? And if so, would this form of theology be able to withstand the ravages of time?

Jonathan Tam is a doctoral student at the Department of Sociology, University of Oxford. Image Credit: CC Adrian Cabrero/Flickr.

Taiping Christianity: from ‘madness’ to localisation
The Sino-Vatican Provisional Agreement: Christianity is adapting to the rules of Chinese governance