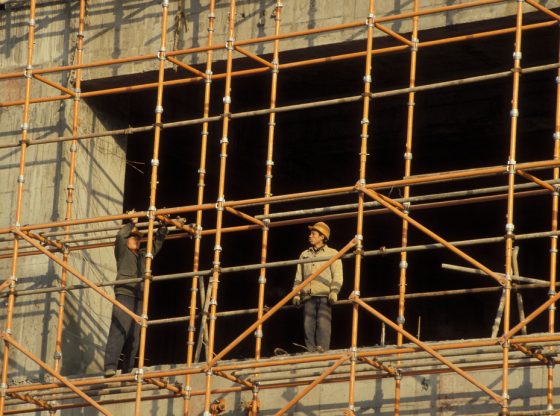 ‘What does China have that enables it to grow so fast for so long?’ I was asked in London some five years ago. I was baffled. Surely the questioner could not believe it was communist central planning? Otherwise the principles of Soviet economy would still be taught in universities, while North Korea would be the ultimate role model.

When I asked for clarification, I was given an example. In contrast to China’s world-beating economic growth, London still had not decided whether to have a ‘fourth’ airport, even though the government in 1962 announced there would be one. Yet China has built an integrated transport network of airports, expressways and high-speed rail in barely half that time. What is China’s X-Factor?

My education as a development economist, before becoming a journalist and investment adviser in Asia for over three decades, had not prepared me for this question. Often I was asked why China hasn’t collapsed. No one ever asked what China’s outstanding strength was. Frankly I was stumped.

That prompted my search for an answer. I found it in the most unexpected place – traditional Chinese philosophy. I then had an even more startling realisation. The rapid global economic dominance after 1800 of first Western Europe, then the US, was based largely on similar ideas like long-term thinking, vision and pragmatism that are common to Chinese thinking. One thing the West lacked though was a formal understanding of change. That is the difference. Managing change is China’s X-Factor.

The West has used such individual ideas without consciously aiming to manage change. After the 1930s depression and going through the Second World War together, the majority of British people in 1945 rejected the Conservative Party and leader, Winston Churchill, despite the latter’s heroism leading the country. The people wanted fundamental change, starting with full employment, improved education and the National Health Service. In 1961 President Kennedy vowed to put an American on the moon – and did, after a monumental government-led effort that took a decade. Helmut Kohl reunited Germany, to the surprise of many, with a bold vision after the collapse of the Berlin Wall in 1989.

In English, change is a dull, grey word. In China change is seen very differently. Yi, the Chinese for change, may be a small, short word, but is not simple. It is profound, complex, dynamic, very sophisticated and packs punch. With many related meanings and much nuance, yi has a depth to explain much in life.

Maybe I should not have been surprised that China, ahead of others, knows how to manage change. After all, China has had the Yi Jing, (Book of Change), since 136 BC. Oral versions had already existed for another two millennia. The Zhou Book of Change is over 3,000 years old.

The Yi Jing is the Chinese book, according to Professor John Minford of the Australian National University – quite a claim, though not without justification. Its insights into life were born out of the almost permanent violence, uncertainty and misery of the Spring and Autumn period (771-476BC). All told, China has experienced eight of the world’s 12 bloodiest wars, including in the nineteenth and twentieth centuries with the Taiping Rebellion and Japanese invasion: a constant reminder of potential danger and the need to understand change.

Yi, the noun, conveys many meanings for change: mutation, multiplication, deviation from the mean, tumbling and rolling. Asserting the need for change, the Prime Minister of Eastern Zhou in the Warring States period, Su Qin (380-284BC), famously dismissed the feudal oligarchs’ opposition to reform by stating that bian, the verb for change, had for 3,000 years covered everything in history, all its ups and downs, all the winds and clouds under heaven: war, social change, diplomacy, strategy and economy. Everything involves change. Proving that change worked, Su quoted the evidence of five emperors who took new paths and three others who followed different methods, all successfully. China has been the world’s largest economy on four occasions, before declining. Three times it has recovered, illustrating that China knows how to change and adapt to difficulty or disruption.

What China has is a framework for thinking about affairs and action. This provides a process for approaching challenges, problems and opportunities. It is the how, not the what. In the West, policy makers and think tanks obsess about the what, the right policy. Policy matters of course, but it is not everything. The extra dimension is how to manage change.

Managing change involves considering three things: goals, means and people. Goals come first, varying between countries and situations. In China today they would be harmony and stability. Confucius would add moderation. Central to successful change is identifying the right means, which must be crystallised through long-term all-round thinking, vision, understanding cycles, clarifying priorities and research.

Then implementation can start, usually with pilot schemes: experimentation. Things must be done in the right order: sequencing. Each step must be approached pragmatically and done gradually. Flexibility and restraint are virtues. Constant review and renewal, weixin, have been a part of statecraft for four millennia. In the seventeenth century BC, King Tang of Tsang had weixin engraved in his brass water basin so he could reflect upon it every day. Finally, people have to be well educated, possess integrity and be self-critical.

Getting things done by managing change is China’s unrecognised strength. This is just as relevant for firms, families and individuals as for communities or countries. As post-Brexit Europe, a US divided by culture wars and the miracle economies of East Asia seek new paths, they can look to similar ideas, as they have done before to great effect, but this time with a framework and process to manage change to guide them: China’s X-Factor.

Hugh Peyman is author of China’s Change: The Greatest Show on Earth. After reading Politics, Philosophy and Economics at Oxford in 1973, he has been a journalist with Reuters and the Far Eastern Economic Review, research director for Merrill Lynch and Dresdner Kleinwort Benson and founder of independent research firm Research-Works. Observing Asia’s change on-the-ground for four decades, he has lived in Shanghai since 2002.

The Sino-Vatican Provisional Agreement: Christianity is adapting to the rules of Chinese governance
Cybersecurity as national security, and economic opportunity, in Taiwan