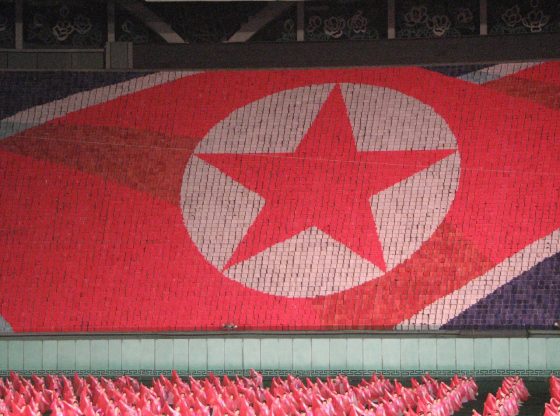 Recently, the Kim regime in the Democratic People’s Republic of Korea (DPRK) has threatened to resume the development of the North Korean nuclear weapons programme unless the United States lifts economic sanctions against the country. Aside from the wisdom, or lack thereof, of issuing such a threat against the world’s sole superpower, it would be prudent to examine the reasons why the current negotiations on denuclearisation between Washington and Pyongyang are intractable, and without hope of easy resolution.

The North Korean anxiety to have sanctions lifted

Beyond the glitzy apartment complexes along Ryomyong Street in Pyongyang, the automated factories that the Kim regime likes to showcase to international visitors, and the leisure facilities filled with contented Pyongyang residents, the truth, as corroborated by many defector accounts, is that much of North Korea is poor, under-developed, and in many areas simply decrepit. While the national ideology – Juche – preaches a mixture of nationalism and self-sufficiency, it can be argued that the current head of the Kim regime, Chairman Kim Jong-un, realises that even with the subsistence-based economic support provided by the DPRK’s sole ally, China, he cannot generate economic rehabilitation for his nation without unfettered foreign investment, industrial partnerships with South Korean corporations and unimpeded exports. Unfortunately, the major obstacle to all of this are the UN sanctions which are supported by the US, as well as unilateral American sanctions which discourage many nations from dealing with North Korea due to the moral influence exerted by Washington.

While no one can really be sure of Kim’s intentions, it should be apparent to him as the third-generation leader of the Kim family regime that sustainable development and prosperity have eluded the DPRK ever since its founding in 1948. Notwithstanding government attempts to hermetically seal North Korea off from external information and influences, an ever-growing minority of citizens are becoming aware of the relative wealth of their northern neighbours in China, as well as the absolute affluence of South Koreans. It is quite probable that Kim realises he needs to give his people the good life before popular discontent begins to foment and gather momentum. To put matters of economic welfare into perspective, Kim’s economic advisers should have realised that even North Korea’s fellow communist-ruled associate, Vietnam, has economically surpassed the former with a nominal total Gross Domestic Product (GDP) of about US$240.78 billion as opposed to only US$25 billion for the DPRK.

The deterrent value of North Korean nukes and American distrust

During this round of US-DPRK denuclearisation negotiations, Pyongyang has insisted on a step-by-step process exchanging piecemeal denuclearisation measures for concessions by Washington, chief among which is the lifting of American sanctions and US support for the lifting of UN sanctions. On the other hand, Washington is firm in wanting full and verifiable North Korean nuclear disarmament before any abrogation of sanctions is granted. When examined dispassionately, the Kim regime’s determination to extract a good price for any nuclear arms reduction is proof not only of these weapons’ value for economic rehabilitation, but also of their worth as a military deterrence against any American or US-backed military action. That Washington has not authorised any military campaigns against the North since the Korean War ended in 1953 is beside the point. Pyongyang has always and still perceives America to be its prime threat, hence reinforcing the role of the former’s nuclear weapons programme as a guarantor for the survival of the Kim regime.

Viewing the situation from America’s perspective provides even more evidence why negotiating with the Kim regime to achieve nuclear disarmament is so intractable. Essentially, Pyongyang has reneged on every single denuclearisation agreement with Washington, from the 1994 Agreed Framework falling apart in 2003 over evidence that the DPRK was enriching uranium, to the ‘leap day’ deal in February 2012 where North Korea agreed to a moratorium on its missile and nuclear programmes in exchange for 240,000 tonnes of food aid. This agreement broke down before 2012 had ended, with two long-range missile tests disguised as satellite launches in April and December, and a nuclear test in February 2013, which essentially rendered it meaningless. Fundamentally, no US administration trusts the Kim regime to relinquish its nuclear munitions programme. Any sanctions relief given for partial denuclearisation measures only provide the DPRK with vital breathing room, allowing it to consolidate its economic gains while stubbornly refusing to implement further disarmament, thus in effect reneging on the agreement signed between US President Trump and Kim Jong-un during their summit in Singapore on 12 June 2018.

As it has been established that the American leadership does not trust the Kim regime to honour its agreements, it would be unrealistic to expect Washington to break the negotiating deadlock by acceding to Pyongyang’s demand for a relaxation of economic sanctions. On the other side of the equation, it is also unlikely that Kim Jong-un would take the initiative by ordering a significant and irreversible denuclearisation step, thus placing the ball in Washington’s court.

As North Korea’s Suryong or supreme leader, who wields absolute power and to whom the people and the Korean Worker’s Party owe their loyalty, Kim must be seen as upholding the North’s national pride and dignity against outsiders, especially the Americans. Without the innate gravitas and deference accorded to his grandfather and regime founder, Kim Il-sung, or the leadership experience of his father and predecessor, Kim Jong-il, Kim Jong-un’s domestic legitimacy depends on him not being seen as capitulating to American pressure.

However, if Kim is ultimately sincere about eventual denuclearisation, and if cooler heads in Washington are prepared to exercise pragmatism, then a way forward that allows both sides to save face and achieve their strategic objectives could be contemplated. Taking a leaf from the negotiated solution to the Cuban Missile Crisis in 1962, where back-channel diplomacy resulted in the Soviet Union withdrawing its nuclear missiles from Cuba in return for a pledge by the US not to invade Cuba, and the subsequent quiet withdrawal of American nuclear missiles targeting the USSR from Turkey, a similar outcome could result from clandestine talks with Pyongyang.

For instance, if Kim is prepared to offer a sufficiently weighty quid pro quo to overcome American scepticism, Washington might be convinced to offer sanctions relief via benign neglect. Specifically, Pyongyang could discreetly reveal detailed plans to permanently decommission its plutonium processing and uranium enrichment plants, thereby precluding the manufacture of further nuclear warheads. In return, all that the US has to do is abstain from voting, and thereby objecting, when the United Nations Security Council (UNSC), at the behest of China, votes on sanctions relief for North Korea, thereby giving the DPRK valuable economic breathing space. The decommissioning of the nuclear facilities could be carried out under international observation in the same month as the UNSC sanctions relief vote. In this manner, both the Trump administration and the Kim regime could save face, since the reciprocal concessions on both sides would not be linked by a formal agreement. If such an unofficial deal were implemented in good faith, it would be the most substantial progress towards denuclearisation made thus far. The only issue is whether both sides are prepared to give honest compromise one last try.