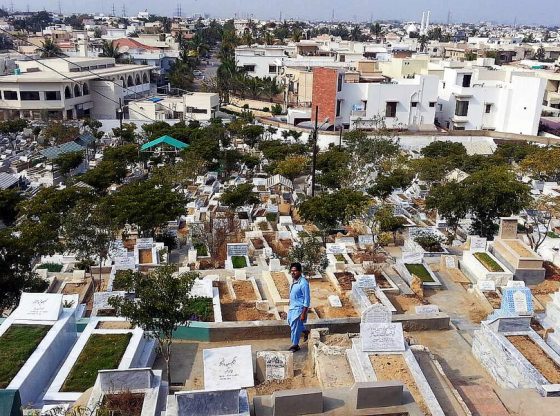 On 23rd November three armed militants walked into Karachi’s affluent neighbourhood, Clifton. Their target was the Chinese consulate that is protected by barricades, speed-breakers and checkpoints circling its fortified walls. It is further guarded by private security guards who played an important role in protecting visitors at the time of attack. Residential homes, schools, salons and restaurants dot the surroundings, protected by private guards, police officials and surveillance cameras. In spite of such ‘urban militarism’, the militants were successful in killing two policemen, both of whom were the first to confront the attackers, and two civilians visiting the consulate. The attack left seven dead, including all militants. Although investigations are underway, a preliminary analysis of this attack foregrounds concerns about urban militarism, the ongoing ‘Karachi Operation’, the role of Baloch separatists, and Pakistan’s security responses.

Pakistan’s counterterrorism measures have limited foresight. The Karachi Operation is an example of the state’s reliance upon militarised policing methods to cripple perceived ‘enemies’ in the short-run without devising political and socio-economic solutions for long-standing grievances, such as those of the Pashtun, Baloch and Sindhis who populate the multi-ethnic city.

Even though the attack was carried out in a heavily securitised area, it exposes urban vulnerabilities. The Chinese consulate is a prime example of a soft target that was hardened by security deployments, checkpoints, and surveillance cameras (a process known as ‘target hardening’). The attack confirms conclusions drawn by academics that target hardening does not necessarily deter attackers. Instead, hardened targets may encourage militants to evolve operationally, or it may make high-value targets in fortified enclaves more appealing for militants as it does not remove their security vulnerabilities entirely. There is likely to be greater demand for security deployments throughout the city – a process that accelerated during the Karachi Operation, or for an enhancement in security infrastructure more generally. Researchers have cautioned against these measures as they aggravate socio-economic grievances and disparities between income groups. Karachi is an open city with layers of networks that overlap and are interconnected with various ethnic, political and religious stakeholders. It is impossible to barricade entire neighbourhoods in ways that guarantee complete protection from violence.

Although police response prevented a deadlier attack and is commendable, the incident raises questions about the so-called ‘Karachi Operation’ that began in 2013 to target organised crime and terrorism. The operation’s momentum has waxed and waned. It is believed that the operation – led by the Sindh Rangers, a paramilitary force – was meant to weaken the city’s and the province’s largest political parties, the Muttahida Qaumi Movement and the Pakistan People’s Party. Although militarized state responses have led to a reduction in violence, the recent attack begs the question: is a security-centric response to Karachi’s woes capable of preventing violence in the long run? The operation was launched with judicial, military and civilian support and was meant to achieve ‘logical conclusions’, which, following the general elections this year, is a vague objective that appears to have been abandoned, possibly due to change in civilian and military leaderships.

The three attackers were associated with an ethnic Baloch separatist group, Balochistan Liberation Army. The BLA has been involved in a number of attacks on Chinese assets in Pakistan, in particular those associated with the China-Pakistan Economic Corridor (CPEC) in Balochistan. Although BLA’s presence in Karachi has been limited, road links between Sindh and Balochistan have made Karachi accessible to militants in Balochistan. Militants of the Islamic State shuttled between Balochistan and Sindh to perpetrate the attack on the Sehwan Sharif shrine in Sindh in 2017. Criminals fleeing the Operation have also been suspected of escaping to Balochistan. The presence of Baloch militants in Karachi is therefore not entirely unusual.

The attackers were members of BLA’s ‘Fidayeen Majeed Brigade’, a unit tasked with carrying out suicide operations against security forces and Chinese assets in Pakistan. A similar attack was carried out by the BLA in August when a suicide attacker struck a bus carrying Chinese engineers in Dalbadin, Balochistan. Baloch nationalists view Chinese investments in Pakistan as a form of colonial oppression and believe that Chinese projects like CPEC are unlikely to benefit the local Baloch. This may explain why Chinese targets are selected by Baloch nationalists.

The recent suicide attacks imply a change in BLA’s modus operandi. Not only were BLA militants in Karachi prepared to carry out a fidayeen attack, suicide vests were found in their possession. These details signify a potential transformation in militants’ operations that have thus far preferred attacks by IEDs, missiles, and ambushes. This is not altogether unsurprising. The BLA is an example of a group that has adapted and evolved. In urban environments. It is generally easier to carry out quicker attacks that draw media attention and create panic, than partake in long, drawn-out attacks that are more suitable for rural terrains.

Equally, if not more, interesting developments emerging out of the Karachi attack are suspected links between Sindhi and Baloch nationalists that may have facilitated the BLA attackers in Karachi. In September, a BLA suspect was arrested in Karachi who alluded to developing ties between separatists from Sindh and Balochistan. Given their common grievances against the state (such as enforced disappearances resulting in ‘missing persons’), it is possible that the Karachi attack is a product of cooperation between BLA and Sindhi nationalists.

Pakistan’s counterterrorism measures have limited foresight. The Karachi Operation is an example of the state’s reliance upon militarised policing methods to cripple perceived ‘enemies’ in the short-run without devising political and socio-economic solutions for long-standing grievances, such as those of the Pashtun, Baloch and Sindhis who populate the multi-ethnic city. Pakistanis have been demanding information about ‘missing persons’ from Balochistan. Karachi has seen frequent protests against the enforced disappearances and deaths of individuals merely suspected of separatist activities. Similarly, Pashtuns have been voicing their grievances through a social movement since January 2018, the Pashtun Tahafuz Movement, that highlights, amongst other problems, Pakistan’s state practice of extrajudicial killings. Furthermore, there have been reports about Sindhis being forcibly disappeared or detained by state officials, as a result of which many have abandoned their nationalist parties or left politics altogether.

The communities that have been victimized by militarized state responses to perceived security threats labelled as ‘terrorism’ find sympathetic networks in Karachi, a microcosm of Pakistani society. It is unsurprising, therefore, that violence driven by such grievances will routinely undermine any short-term gains made by security forces. Pakistan’s security policies have been discriminatory and the ‘othering’ of ethnic communities as a result of these policies are going to undermine the security of Pakistan’s infrastructure and development projects no matter the measures undertaken to harden potential targets. BLA may have failed in their original mission of striking Chinese nationals but succeeded in drawing attention to the Baloch cause again. And by striking Karachi’s affluent neighbourhood, it has initiated a critical debate on a strategically-weak security operation, problematic intelligence gathering and information sharing between institutions, and Pakistan’s security practices more generally.