Taiwan an opportunity for peace 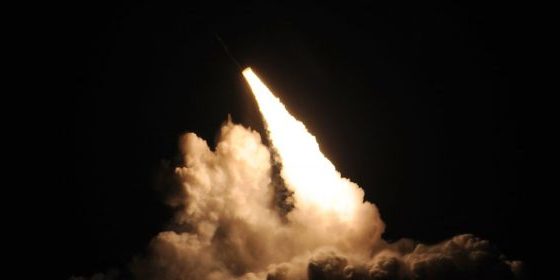 Professor Graham Allison of Harvard University got it wrong, again! In a November 9th article in the WorldPost, a partnership of the Berggruen Institute and the Washington Post, Professor Allison took the commemoration of the end of World War I as an opportunity to elaborate further on his “Thucydides Trap” theory, pitting a rising power (China) against an established power (the United States).

In the article, Professor Allison described Taiwan as a major flashpoint, because – as he wrote: “For China, Taiwan is a “core interest” — regarded as much a part of China as Alaska is to the United States. Any attempt by Taiwan to become an independent country could easily become a casus belli. In 1996, when the Taiwanese government took initial steps toward independence, China conducted extensive missile tests bracketing the island to coerce it to stop.”

The problem is that Professor Allison rather recklessly adopts the Chinese narrative on how it sees Taiwan, and fails to present the facts as they are: in its long history, Taiwan was never ever part of the PRC: it was a Japanese colony until the end of World War II, and it was then occupied by the Chinese Nationalists, the losing side of the Chinese Civil War.

As is well-known, from the 1950s through the 1970s the Chinese Nationalists under Chiang Kai-shek competed with Mao Tse-tung’s Communists for international recognition as the legitimate government of “China’, a battle eventually lost by the Nationalists.

But the main point lost on the leaders in Beijing – and Professor Allison – is that during the 1980s and 1990s Taiwan morphed into a vibrant democracy that wants to live in peace with all its neighbours (including China) and wants to be accepted as a full and equal member in the international community.

It is thus fundamentally wrong – as Professor Allison does — to couch Taiwan’s achievement of democracy and efforts to gain international recognition as attempts to “become an independent country” which would become a casus belli for war. By the same token it is highly erroneous to state that in 1996, “the Taiwanese government took initial steps toward independence.” In 1996, the people of Taiwan for the very first time in their history exercised their right to elect their own president. That was a major achievement in democracy, which is of course not liked by Beijing. Words matter, professor Allison!

So, what narrative should we follow if we want to avoid a major conflict – and that is what professor Allison professes to try to achieve with his essay. For one, his essay is titled “The next great war.” If one wants to push for peace, then it might be helpful to start with another title: How about “The next great peace”?

If professor Allison, and others like him who have rather carelessly used the Taiwan case to bolster their “Realist” theories, such as George Washington University Professor Charles Glaser, and professor John Mearsheimer of the University of Chicago, it would be more constructive to analyse and present ways and scenarios that would lead to peaceful coexistence of Taiwan and China as two friendly neighbours. For this to happen, it would be necessary for three parallel processes to take place:

First, the rulers in Beijing must look at Taiwan in a new light. Chinese leaders need to move away from the old animosities, contradictions and perceptions dating from the Chinese Civil War, which ended 69 years ago. It needs to become clear to Beijing that the perpetuation of the current zero-sum strategy of military, economic and political pressure is not conducive to cross-strait relations, and that peace and stability across the Taiwan Strait can only be achieved if China moves toward acceptance of Taiwan as a friendly neighbour.

Second, the international community must reimagine its Taiwan relations. Taking into account that the democratic Taiwan of 2018 is not the same as the repressive Republic of China (ROC) of 1971, the US and Western Europe in particular need to look at Taiwan in its own light and its own right. We need to bring Taiwan in from the cold of political isolation and start working toward a normalization of bilateral relations. Under the principle of universality, we also need to start supporting Taiwan as a full and equal member in the international family of nations.

Third, in due time and at its own pace, Taiwan needs to reinvent itself. This process has already been under way since the transition to democracy in the early 1990s, but it can be expected to accelerate under President Tsai Ing-wen (蔡英文) of the Democratic Progressive Party.

Through a process of democratic reforms, Taiwan needs to adjust the administrative, legislative and judicial structure to present-day needs. The overall structure dates from the time when the Chinese Nationalist Party (KMT) ruled China. Last but not least, through their own democratic mechanisms, the people of Taiwan need to adjust the governmental and constitutional structure to present-day reality.

Thus, instead of the narrative of “Taiwan as a flashpoint”, professor Graham Allison and others need to focus on these three interrelated processes, which provide a constructive way forward, so Taiwan can have a bright future as a free and democratic nation that is accepted as a full and equal member in the international community.

Gerrit van der Wees is a former Dutch diplomat.  From 1980 through 2016 he also served as editor of Taiwan Communiqué, a publication chronicling Taiwan’s momentous transition to democracy.  He presently teaches history of Taiwan at George Mason University. Imaga credit: CC by U.S. Navy