‘Much ado about nothing’: the media view of North Korea

Home /North Korea, US in the Asia-Pacific/‘Much ado about nothing’: the media view of North Korea 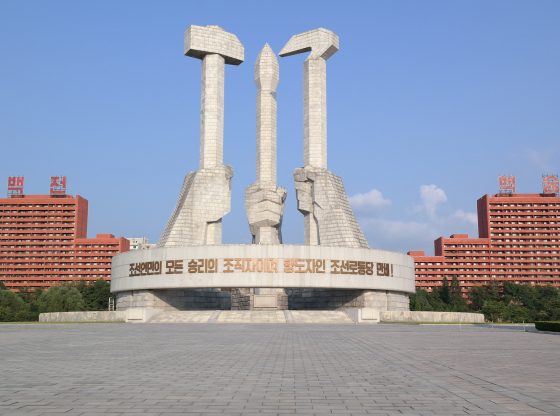 North Korea,US in the Asia-Pacific |

The relationship between the media and politics and its influence on public opinion is a complex one. Scholars debate whether the news media is primarily a precious tool harnessed by politicians to model a public opinion that favours them, or if the information provided by the media is a tool in the hands of the citizens to control their rulers. But the media can also convey messages in a certain way in order to influence the public’s view of a specific policy, politician or country. The New York Times article ‘In North Korea, Missile Bases Suggest a Great Deception’ on 12 November 2018 seems to reflect the third scenario presented above. In addition, it should be noted that when it comes to North Korea, a lack of knowledge and understanding of the subject often leads to sceptical, if not hostile, articles in the American press.

David Sanger and William Broad, the authors of the NYT piece, elaborate on the findings of two reports released that same day by Beyond Parallel researchers Joseph Bermudez, Victor Cha and Lisa Collins. Through the analysis of commercial satellite images, the researchers located 13 out of an estimated 20 ‘undeclared’ missile operating bases of the Korean People’s Army (KPA) in North Korea. These bases, which can be used for all classes of ballistic missiles, are not launch facilities per se. As the report explains, they consist of underground facilities to house launchers and technical/ballistic missile launch support vehicles which are then deployed throughout the country. The KPA’s Strategic Force (responsible for operating ballistic missiles) is located in the bases of the tactical belt, which is closest to the demilitarised zone (DMZ), and equipped with short-range ballistic missiles (SRBMs). The units of the strategic belt, meanwhile, are equipped with inter-continental ballistic missiles (ICBMs) and located in the northern part of the country where they are less prone to pre-emption and surveillance by US and allied intelligence.

In their article, Sanger and Broad state: ‘North Korea is moving ahead with its ballistic missile program at 16 hidden bases […] the satellite images suggest that the North has been engaged in a great deception: it has offered to dismantle a major launching site – a step it began, then halted – while continuing to make improvements at more than a dozen others that would bolster launches of conventional and nuclear warheads’. While the journalists write about ‘moving ahead’ in relation to the North’s missile programme, the actual report notes ‘only minor infrastructure changes’ at those bases since 2011, when Kim Jong-un succeeded his father Kim Jong-il as head of the regime.

This demonstrates that the two journalists are presenting a misleading message about what Pyongyang is doing, probably with the aim of demonstrating to the American public that their president is being fooled by Kim Jong-un and is leaving the US exposed to a North Korean nuclear and missile threat.

In addition, the images analysed in the reports – taken by the private satellite company Digital Glove – are eight months old, being dated 29 March 2018, almost three months before the summit between Donald Trump and Kim Jong-un in June. The researchers’ claims are consequently not based on solid evidence. Moreover, the fact is that the bases are neither hidden (both the ‘South Korean and US military intelligence authorities have been watching them closely’, as affirmed by an officer of Seoul’s Ministry of National Defence), nor undeclared – Pyongyang is not bound to disclose its nuclear and missile armaments by any legal obligation.

The reality is that there cannot be a ‘great deception’, simply because North Korea has never committed, in any deal, to stop deploying its missiles nor to dismantle the missile and nuclear bases. On the contrary, in his New Year Speech last January, Kim Jong-un stated: ‘the nuclear weapons research sector and the rocket industry should mass-produce nuclear warheads and ballistic missiles, the power and reliability of which have already been proved to the full, to give a spur to the efforts for deploying them for action’. He called for the strengthening of his country’s nuclear force to be achieved in 2018.

The misleading framing of the situation by Sanger and Broad could be due to a poor understanding of the diplomatic strategy in which North Korea has engaged this year. The first US–North Korea summit on 12 June in Singapore ended with a Joint Statement signed by Trump and Kim. In the statement, the ‘DPRK commits to work toward complete denuclearisation of the Korean Peninsula’. It is worth noting that this is just the third point in the document. In order to get this ‘work’ started, the other two points – ‘establish new US–DPRK relations’ and ‘build a lasting and stable peace regime on the Korean Peninsula’ – have to be accomplished first. Moreover, North Korea has made clear what it means by denuclearisation: a long-term process in which the parties involved simultaneously act to achieve the goal.

The regime cannot consider giving up the nuclear programme without the US taking corresponding measures – such as the lifting of sanctions – to alleviate the North’s threat perceptions. The North Korean nuclear deterrent constitutes the ultimate guarantor for ‘safeguarding its dignity and right to existence’ against the hostile policy of the US and for keeping the leadership stable internally. While the Kim regime has taken some steps to show its commitment to the process – such as freezing nuclear and missile tests, shutting down the nuclear test site at Punggye-ri, returning American POW/MIA remains from the Korean War and improving inter-Korean relations – the US is still myopically asking the DPRK to denuclearise before Washington can make any concessions. Consequently, the talks between Pyongyang and Washington have stalled.

The two reports detailing the North’s missile bases confirm what we already know. Namely, that the Kim regime, given the security threats it perceives, is working to strengthen its defence capabilities. Business as usual north of the 38th parallel then.

Maria Rosaria Coduti holds a BA and MA in Political Science from the University of Bologna, Italy. She specializes in East Asian International Relations, in particular inter-Korean relations, nuclear security in Northeast Asia, and North Korean domestic and foreign policy. She has studied in Seoul and is currently a PhD candidate at the University of Sheffield, England. She is a North Korea Analyst and she has published on several online sources such as NK News and China US Focus, among others. Image Credit: CC by taver/Flickr.