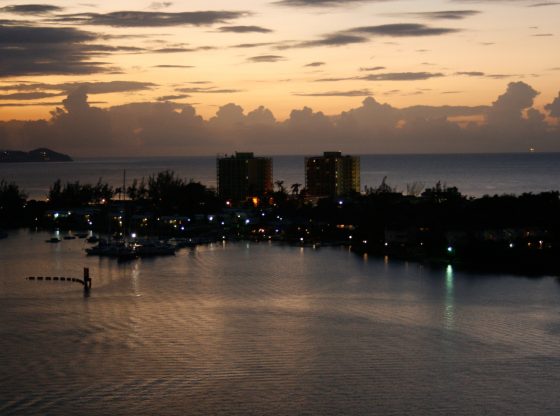 November 21, 2018, marks the 46th anniversary of the establishment of diplomatic ties between Jamaica and China. Ten years after gaining its independence from Britain, Jamaica was among the first countries in the English-speaking Caribbean to recognise the ‘One China’ policy in 1972. Beijing responded in kind by setting up its embassy in the country’s capital of Kingston. Jamaica’s government remains committed to this policy as well as being positive and enthusiastic about China’s newest ‘One Belt One Road’ initiative, and is open to further engagement.

The relationship between China and Jamaica dates back to the mid-1800s when the colonial British government sought to address labour shortages across the island. The focus of the discussion in this article is based on China’s renewed interest in the region, particularly in Jamaica.  Since the early 2000s, China’s role in the region has shifted dramatically from being a mere trading partner and provider of mass-produced goods to an active investor and development partner for many Caribbean governments. 2006 witnessed a significant injection of Chinese capital when China provided Jamaica with a US$30 million concessionary loan. As the years have progressed, China continues to support the island through financing other projects including the construction of a stadium, a convention centre, housing schemes and road improvement projects. The economic relationship between the two countries undoubtedly continues to strengthen.

By 2017, bilateral trade between China and Jamaica had climbed from a mere US$58 million in 2000 to US$382 million. Chinese government loans and grants have risen to over US$880 million within the last decade, alongside a significant amount of financial investment by both state- and privately-owned Chinese enterprises, one of which is the China Harbour Engineering Company (CHEC).

This company is arguably one of the largest Chinese investors in Jamaica and in the Caribbean as a whole. China Harbour presented the island with its first four-lane highway known as the North-South Highway at a cost of US$ 600 million. This highway was referred to as an ‘emancipendence’ gift by the former Prime Minister the Right. Hon. Portia Simpson Miller, as CHEC strategically arranged to open the first leg of the highway during the country’s emancipation and independence celebrations in 2014. In return for CHEC’s offer to construct and finance the project, the Jamaican government granted the company 1,200 acres of lucrative real estate on which CHEC intends to construct hotels and other facilities that cater to the Chinese market. To date, this is one of the largest investments in infrastructure undertaken by a Chinese company, and CHEC now has contracts to complete other major infrastructure development projects on the island.

CHEC’s engagement on the island is rivalled only by the recent purchase of Jamaica’s primary bauxite refinery by the Chinese-owned Jiuquan Iron and Steel Company at a cost of US$500 million. This firm intends to commit approximately US$2 billion while generating nearly 1,000 jobs, 70 per cent of which are intended to be made available to Jamaicans.

January 2018 also saw the China–Latin America and the Caribbean (LAC) Economic Trade Cooperation Forum hosted in China for the second time, at which high-ranking government ministers from both China and Jamaica were present. Furthermore, in early November, a Jamaican delegation led by the Hon. Audley Shaw,  Minister of Industry, Commerce, Agriculture and Fisheries and the Hon. Daryl Vaz, Minister without Portfolio in the Ministry of Economic Growth and Job Creation, took the opportunity to engage with Chinese investors at the renowned China International Import Expo in Shanghai. China has been working towards opening its market to Jamaican products, and a few months ago Jamaica received the necessary approvals for the export of lobster to China.

While the above examples are by no mean an exhaustive description of China’s engagement with Jamaica and vice versa, they illustrate that China has become an invaluable development partner for the country, which has both economic and political implications. As regards the views of the local population, China’s engagement is viewed with some ambivalence. While some regard this assistance positively, due to China’s active role in infrastructure development and job creation, others consider it with apprehension. Indeed, many developing countries like Jamaica often find themselves placed in a similar dilemma, for in spite of the island’s independence and ability to develop relations with all nations of the world, the fact remains that small island economies fare poorly and are heavily dependent on others. There are exceptions of course, but Jamaica does not fall into this category.

Meanwhile, the relationship between Jamaica and the United States, while cordial, is arguably not what it was in previous years.  With President Trump at the helm, many countries in Latin America and the Caribbean continue to hold their breath, since many of the policies adopted since Trump assumed the presidency paint a very dim picture for the region. As early as May 2017, it became evident that the Trump Administration would be cutting the budget for the previous aid package to Central America. A report by Global Americans stated that the Trump-led government is lobbying for nearly a 40 per cent reduction in the United States’ overall development assistance to the entire Western hemisphere. This means that instead of issuing just over US$1 billion, as was the case in the 2016 fiscal year, the current administration is proposing a huge reduction to approximately US$662 million for the 2018 fiscal year.

Nor are other Caribbean nations exempt from this harrowing reality, as the US$4 million that was previously allocated for the Caribbean Development Program in 2016 has been totally eliminated. Aspects of certain other bilateral financial arrangements may remain intact. However, these will also witness sharp falls, with the Dominican Republic subjected to a 52 per cent reduction, Haiti 16 per cent, and Jamaica will lose the majority of its USAID assistance. Barbados and other nations in the Eastern Caribbean could easily witness a 41.7 per cent reduction in their development aid.

In addition to these drastic cuts to the development aid assistance packages, Trump further followed through on yet another of his campaign promises when he pulled the United States out of the Trans-Pacific Partnership (TPP). This twelve-member body represented approximately 40 per cent of the world’s GDP and had benefited several Latin American countries as well as Australia, Japan and Vietnam. For decades the United States had pushed for this level of free trade integration, and then with a stroke of his pen, Trump significantly altered the dynamics between the US and these partners.

Sabatini and Naylor assert that Trump’s decision to leave the TPP has given much of Latin America and the Caribbean an even more valid reason to become closer allies of China, stating that ‘the United States is losing its status as a leader in Latin America. China has increased its economic and political role across the southern hemisphere’. While some scholars argue that the United States had already been ignoring the LAC region in recent years, the Trump government is rapidly undermining the efforts of previous administrations. Similarly, there have been talks of pulling out of the North American Free Trade Agreement (NAFTA).

As more and more developed countries look inward and become more insular, China remains one of the few countries that are willing to invest and to critically engage with what are often considered ‘high risk’ developing economies. At times, China’s terms and conditions are not as stringent as those of the International Monetary Fund or the World Bank and the like. This is undoubtedly a part of China’s allure, especially for countries of the developing South. China’s assistance to Jamaica is greatly appreciated and many remain hopeful that the relationship will continue to be mutually beneficial in future.

Vicki Cann is a full-time lecturer at the Communication University of China and its partner institution, New York Institute of Technology. Her research interests include China-Caribbean relations, diplomacy and media studies. Image Credit: CC by Doc List/Flickr.

North Korea’s Chinese-style ‘Reform and Opening Up’
President Trump, China has probably done all it can on North Korea – the ball’s in your court now