President Trump, China has probably done all it can on North Korea – the ball’s in your court now

Home /China, North Korea/President Trump, China has probably done all it can on North Korea – the ball’s in your court now 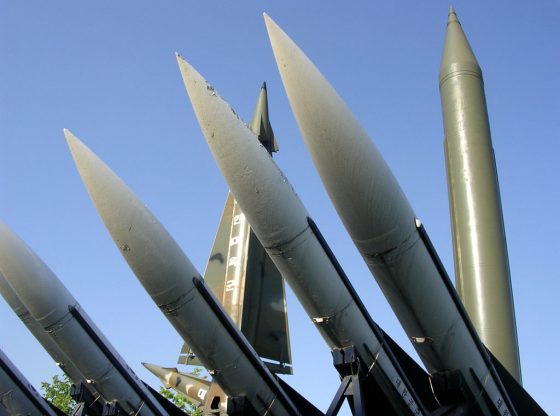 Despite the hoopla and high expectations surrounding the meeting between Donald Trump and Kim Jong-un in Singapore earlier this year, there has been little progress on the substance of the US-North Korea impasse, and relations between Pyongyang and Washington are in fact deteriorating once again.

President Trump has had a tendency to blame the People’s Republic of China (PRC) for not doing enough with respect to North Korea, suggesting that China has the key that can unlock a deal between the US and the DPRK. The truth is, China has probably done about all it can to press North Korea, and it is time the US stopped looking to China and started approaching North Korea with a novel approach.

Politics is about interests, and a quick check of Chinese interests should make it fairly clear that China does not want North Korea to have nuclear weapons or for them to proliferate, any more than the US does. Why? First, North Korea’s weapons programme has created higher tensions in Northeast Asia and increased the chance of war with the US over them; something which could affect China and might draw that country into conflict with the US, South Korea and Japan.

Second, Pyongyang’s nuclear weapons could lead – and have arguably already led – to an arms race in Northeast Asia. For example, note South Korea’s acquisition of the Terminal High-Altitude Area Defence (THAAD) system and Japan’s move to the right since 1998 when North Korea first shot a missile over Japanese territory, raising the alarm in Tokyo. Pyongyang’s weapons could also be argued to be a contributing factor towards China’s increased defence spending, which has in turn fostered the rightward tilt in Tokyo and, to some extent, in Seoul as well.

Third, the weapons programme could lead to such intense sanctions being imposed on North Korea, and/or crises within the country, that the DPRK becomes unstable. This could lead to thousands (or maybe millions) of tuobeizhe (North Korean refugees) flowing across the border into the PRC, a scenario the Chinese Communist Party (CCP) fears could destabilise parts of northeastern China.

Finally, North Korean nuclear proliferation could enable terrorist groups to get hold of dirty bombs or other such weapons which could end up in the hands of Uighur separatists or others with an axe to grind against the Chinese state. (It should be noted that North Korea does have a track record of such proliferation; think only of Libya, Syria, Iraq and others.)  None of this is in China’s interests.

Because Beijing is and has been opposed to the nuclear weapons programme of Pyongyang, it has gone to great lengths to foster dialogue between Pyongyang and Washington. It did so chiefly by starting the Six-Party Talks, which China has often hosted, and which have brought about a number of breakthroughs. However, none of the accords reached in the Six-Party Talks in the past years have been sustainable, primarily because of the way politics and policies in Pyongyang and Washington have played out.

None of this means that Beijing has not also acted in ways which have made resolution of the North Korean nuclear problem more difficult. Chinese economic support of the North Korean regime has been significant, and it has been undertaken first because Beijing believes this will make Pyongyang more beholden to China and subject to its influence (a doubtful prospect), second because trade with and investment in North Korea has helped struggling northeast Chinese municipal and provincial governments economically, and third because Beijing fears an economic collapse in North Korea that could send thousands or millions of North Korean refugees into China; therefore it wants to help Pyongyang enough economically so that the regime does not collapse.

China’s trade with and economic support of North Korea has had the effect of making Pyongyang to some degree immune to western sanctions, and it has probably also encouraged Kim Jong-un, making him more confident and more intransigent in dealing with the US and the international community. Consequently, from the perspective of the US and others, this Chinese economic support of Pyongyang is problematic.  However, it should be seen in light of China’s multiple interests with regard to North Korea, and not as Chinese support for the DPRK’s nuclear weapons programme.  China has done much to help the US put pressure on North Korea, and Washington should view this support as a sincere desire on the part of Beijing to see Pyongyang lay down its nukes.

Yet in the end, it is the US that has the keys to resolving the North Korean nuclear dilemma. Donald Trump’s moves to seek a meeting and rapprochement with the North Korean leader Kim Jong-un have been the right ones. The US approach has lacked one important element however. What Pyongyang has long asked for is a treaty to end the 1950s Korean War and official diplomatic recognition of its regime. This the US refuses, leading Pyongyang to believe that Washington’s unstated policy on North Korea is regicide. In effect, the message from Washington to Pyongyang is: ‘First lay down your nuclear weapons while we are still in a suspended state of war with you and do not recognise your political existence, and then we will move forward with other negotiations.’

If the US wants to resolve the North Korean nuclear dilemma it should start by initiating a peace process that ends the Korean War formally and finally (with Seoul at its side and China at the table as well). Then it should establish formal diplomatic relations with North Korea, offering to open an embassy in Pyongyang and to receive a North Korean embassy in Washington. With this up front as a practical confidence-building measure, North Korea would come to the negotiating table with a sense of security that it has never had, and we just might see a resolution of the nuclear crisis that has dogged Northeast Asia for so long.

Gregory Moore is Head of International Studies and Associate Professor in International Relations at the University of Nottingham, Ningbo. He is also a Resident Senior Fellow of the China Policy Institute. Image Credit: CC by NelC/Flickr.

Celebrating 46 years: the Jamaica–China connection
The Results of the US Midterm Elections and Its Implications for Taiwan and Cross-Strait Issues