Why Democracy Is the Best Form of Government for Taiwan 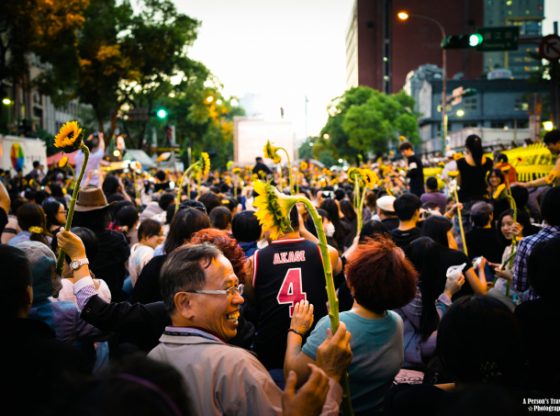 It is election season again in Taiwan, and voters cast their votes for local and municipal elections on November 24th.  These local and municipal elections are significant as it is the first election since Taiwan’s transition to democracy that the Democratic Progressive Party (DPP) is overseeing since it won the control of both the Executive and Legislative Yuan.  In a way, political observers and pundits alike are casting this ‘midterm’ election as a referendum on the performance of the DPP government.

Since the democratic transition (with the direct election of the president) in 1996, elections in Taiwan are generally festive affairs with large and boisterous campaigns.   Fortunately, these elections have been conducted smoothly and without much controversy – an exception being the 2004 presidential election.  Using the Economist Intelligence Unit’s (EIU) Democracy Index as an indicator, Taiwan’s performance with regards to electoral politics receives strong scores comparable to the more established industrial democracies.  Indeed, democracy in Taiwan, has allowed citizens to be able to choose their own leaders and participate in their own governance.   The contemporary situation in Taiwan is in extreme juxtaposition and contrasts to Taiwan’s politics even just slightly over two decades ago where authoritarian politics are the norm.  Taiwan has indeed come along way.  From the vantage point of electoral politics and the protection of civil liberties, democracy has shown to be the best system of governance for Taiwan.  Furthermore, Taiwan’s democracy is supported by a large segment of the population as evidenced by waves of the Taiwan Election and Democratization Studies (TEDS) surveys conducted by the well-respected Election Study Center of Taiwan’s National Chengchi University.

The progress of enrooting democratic electoral politics is indeed laudable and impressive.  Taiwanese politicians are being socialized into the behavior expected of them when elections results are declared, that is, to win with humility and to lose with dignity.  Perhaps more importantly, politicians are internalizing the caring of the mandate the electorate has given them when governing and of the checks and balance role of a loyal opposition.  Likewise, electoral politics have invigorated the citizenry and civil society, and Taiwanese are increasingly socialized to democratic norms and behavior.

However, electoral politics are only one aspect and dimension of democracy.  To date, Taiwan’s democracy has had three turnovers (2000, 2008, 2016) in the executive branch and one turnover (2016) in the legislative branch.  If one uses Huntington’s two turnover tests as a measure of democratic consolidation, we get a mix outcome depending on what branch of government one uses for the measurement.  My own personal view is that in a representative democracy, using the turnover of majority power in the ‘people’s house’ may be a better gauge or a stricter test of democratic consolidation.  If we can agree that this test is reasonable and not unnecessarily too stringent, we can infer that Taiwan’s democracy is still consolidating.  This is most likely why the EIU’s Democracy Index classified Taiwan as a flawed democracy with poor scores in political participation and political culture.

Indeed, while there is a strong support for democracy in Taiwan amongst the citizenry, satisfaction with democracy has fluctuated over the years.  In the 2016 TEDS election survey, nearly 38 percent of respondents have expressed dissatisfaction with Taiwan’s democracy while nearly a quarter of the respondents have favorable view of dictatorships (at least in some cases).  What we can infer from these surveys and EIU’s Democracy Index scores is that there is room for improvement in the quality of Taiwan’s democracy.

The political polarization of Taiwan’s politics along national identity lines and its consequent hyper-partisanship have hijacked and thrown to the backburners equally important (if not more important) social, economic, and environmental issues that citizens face in their everyday lives.  Though democratic politics are supposed to be the ‘art of the possible,’ citizen’s perception of the messiness of public policy debates in Taiwan – including the frequent fistfights in the legislature – this may have contributed to the dissatisfaction with democracy.

The history of democracies has often times shown that democratic states can be self-reflective, self-aware, and self-correcting.  Thus, democracy must be an objective for any human society which should be striven for and organized to achieve.  Taiwan’s young democracy is slowly but surely moving towards that objective.  Indeed, democracy is not a final destination but a journey, and Taiwan’s journey has just begun.

The Results of the US Midterm Elections and Its Implications for Taiwan and Cross-Strait Issues
The New Battle for the Third Place in 2018: A Breakthrough but also a Missed Opportunity