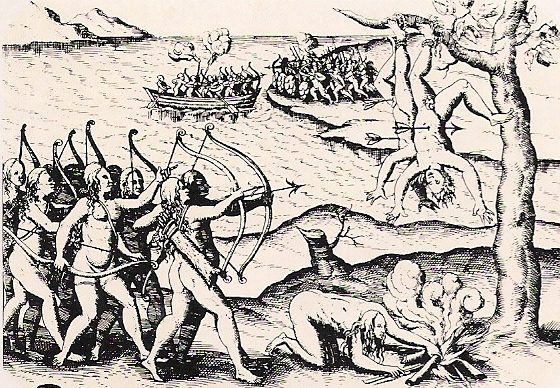 Managing the world’s most important geopolitical relationship is not an easy task, especially when US–China ties have a global influence and trickle-down effect to all of their allies. In recent years, the historical Thucydides Trap theory has been used quite often to describe the US–China equation and its risks. Reminding world leaders that war always remains more likely than peace and that it is wise to constantly exercise restraint, this theory retains some relevance.

Reducing China’s bilateral trade deficit with the U.S. could still bring relations back on track.

Analysing the background of the Peloponnesian War (431–404 BCE), Thucydides, a historian in the fifth century BCE, concluded that war was unavoidable: ‘It was the rise of Athens, and the fear that this instilled in Sparta, that made war inevitable’. Being the dominant power, Sparta had pre-emptively attacked the rising power, Athens, even though it may not have been a real threat. At the end of the day, it was the dominant Sparta that was victorious but it was a long war that lasted almost three decades.

Presenting the ‘Thucydides Trap’ as one of the greatest mis-judgements of history, Harvard University’s Professor Graham Allison was the first to use it in reference to the US and China. Having identified 16 similar cases over the last 500 years, Allison was worried that out of those sixteen scenarios, twelve resulted in war. Highlighting similarities, he commented that ‘Thucydides’s Trap is the dangerous dynamic that occurs when a rising power threatens to displace a ruling power. That is actually the best lens for understanding what’s happening in relations between a rising China and a ruling United States today’.

Identifying five ways to avoid war between the two countries, based on observations regarding the previous experience of the Cold War, Allison stressed that first, war between nuclear powers is ‘mutually assured destruction’. Second, leaders must remember that they risk starting a war they cannot win. Third, more space should be created to reduce risks by creating new ‘precarious rules of the status quo’. Fourth, the domestic economy is most vital for both powers to maintain peace. And finally, relying on hope is no real strategy.

Alarmingly, one of the prime validations of the Thucydides Trap theory in recent times has been the outbreak of the First World War. Despite Britain and Germany being the two largest global trading partners, similar to the US and China today, they still went to war. In practical terms however, the absence of nuclear weapons at the time likely made starting the war easier. In the case of the Soviet Union and the US, in contrast, the presence of nuclear weapons kept war at bay. However, even though nuclear weapons have made great-power conflict nearly obsolete, the stakes remain high.

Nonetheless, the assumption that war is inevitable is less relevant in this nuclear century. Also, it is not practical to base foreign policy objectives on a theory which is 2,400 years old. Putting things into perspective, the US and China cannot fall into the Thucydides Trap, since many other factors determine their relations in this modern-day scenario. With geo-economics shaping the global power balance and with multiple dynamics at work, it is not a foregone conclusion that a growing power will come into conflict with an established power. Nor is it definite that the balance of power will remain the same. Furthermore, conflict is quite unlikely when both powers are co-dependent to the extent of being dubbed ‘Chi-merica’ by historian Niall Ferguson and economist Moritz Schularick.

Dividing ‘Chimerica’ into two virtual economic rather than monetary units, Ferguson and Schularick argue that ‘East Chimericans have the renminbi, West Chimericans the dollar. Nevertheless, the scale of the financial transactions between the two halves is comparable with the flows that traditionally have occurred within nation states rather than between them’. Basically, divergences first appeared when Beijing tried to reduce financial risk factors by introducing new foreign exchange policies to stabilise the yuan. However, reducing China’s bilateral trade deficit with the US could still bring relations back on track to what they were in 2015, and so balance the developing economic world order.

Recently, Richard Weitz, Director of the Center for Political-Military Analysis at the Hudson Institute, participated in a very positive discussion at the Center for China and Globalization (CCG) in Beijing. Observing that the China–US trade dispute did not represent the beginning of an economic Cold War, the expert stated that the two countries had just ‘hit a rough patch’. Removing the commercial conflict of interest could lead to a breakthrough in bilateral relations. Furthermore, notwithstanding the wide range of smaller differences of opinion, remaining engaged and maintaining dialogue is the best way to reduce friction.

Interestingly, the year 2018 marks the fortieth anniversary of the signing of the Joint Communiqué on the Establishment of Diplomatic Relations between China and the United States, thus Sino-American ties are now four decades old and there can be no better time than this to get over their ‘rough patch’.

Sabena Siddiqui is a foreign affairs journalist and Sinologist focusing on the Belt and Road Initiative, CPEC and South Asia. She also works as an op-ed writer at China.org.cn, South China Morning Post and Asia Times. Find her on Twitter @sabena_siddiqi. Image Credit: CC Wikimedia Commons.