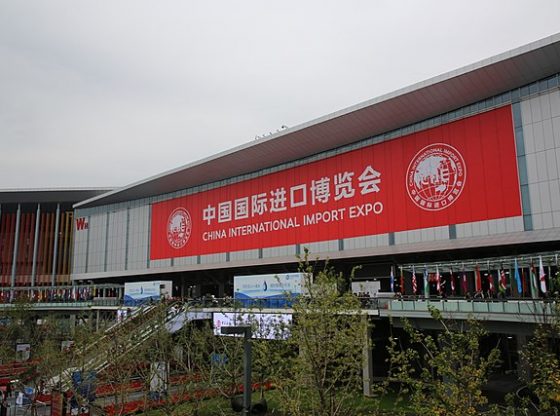 While most of the British press is busy reporting on the fallout over the draft Brexit Withdrawal Agreement, the newspapers have ignored – either consciously or unconsciously – the country’s most proactive strategy towards implementing a new trading opportunity in the post-Brexit era.

The UK finally seems to know how to approach China with a slightly fresher mentality.

Britain’s high-profile presence at the first China International Import Expo (CIIE), which took place from 5–10 November 2018, was a significant and symbolic landmark, not only in regard to the trading history between the two countries, but also their foreign relations.

Unlike David Cameron’s delegation of more than 100 business leaders back in 2013, Liam Fox and his team went to China with more knowledge and a clearer ambition this time. Following the launch of the ‘UK-China Golden Era’ in 2015 (which is to be further enhanced, it was announced earlier this year), the UK finally seems to know how to approach China with a slightly fresher mentality. As the official guest country of honour at the Expo, and in line with its 2017 Industrial Strategy, Britain chose an exhibition theme of ‘Innovation’ under which to present a list of selected businesses to Chinese investors.

Britain’s role has changed dramatically in 2018 in comparison with 1839, when Britain and its European allies initiated one war after another with China in order to open up the Far East market for the opium trade. China now has a huge appetite for products and services across a wide range of sectors, although the country is only cautiously opening up its market, taking it one step at a time.

In my opinion, this is a huge step forward for the UK. The country’s high-profile presence at China’s first international Expo can be seen as a goodwill gesture towards trade relations between the two countries. However, while such an event could be introduced into the public discourse to shift the negative sentiment around Brexit, and despite almost every other international media outlet reporting this major global trading event, the UK’s participation at CIIE has hardly featured in any of its national media.

There has been no published opinion or analytical coverage that looks at how this event may or may not impact on future relations between China and the UK. It is only thanks to a report done by the regional body Business Up North that we can learn how important the export trade from Britain to China is for northern businesses. Additionally, the resulting outcome of the trade mission, which has seen multiple deals signed between the UK and China across different sectors, has only been covered by specialist media such as Production Engineering Solutions and EUReporter.

Overall, analysis and debate about exports from the UK to China as a consequence of the CIIE has not made it into the public sphere, and neither is this event being discussed by British people on Twitter, apart from by those who were involved in the event itself. How many people would be likely to read the UK Government’s press release regarding its updates on trade with China? A critical article which evaluated this would be in a position to inform the public about this global shift in the market and the economy, whichever political position it espoused.

It is very important to have more frequent and less biased coverage regarding the UK’s export to China in the media, not only in order to create new areas of dialogue with which the public can engage, but also to encourage more people-to-people and company-to-company collaboration between the two countries. This in turn will also help to prevent deals only being made between those partners selected by the governments on either side. The UK’s increasing export of products and services to China needs to involve small and medium-sized enterprises (SMEs) too, rather than just benefiting the larger corporations – which means that the media can play a crucial role in its democratisation.

The British used to sail thousands of miles to conquer the world, to absorb different cultures and wisdom. Certainly, its colonial legacy is neither ethical nor one to be proud of in the light of human rights. Nonetheless, it is important not to forget that it is also this spirit of exploration that contributed to the country’s modernisation and wealth.

But where is that explorer spirit now among fellow journalists at a time when we truly need it?

Hiu Man Chan is a researcher specialising in creative industries collaboration between the UK and China, currently affiliated with Birmingham City University. She is Series Editor of Intellect China Library and a columnist for the UK-Chinese Times. She tweets @H_onfilm. Image Credit: CC Wikimedia Commons.

The New Battle for the Third Place in 2018: A Breakthrough but also a Missed Opportunity
Avoiding the Thucydides Trap