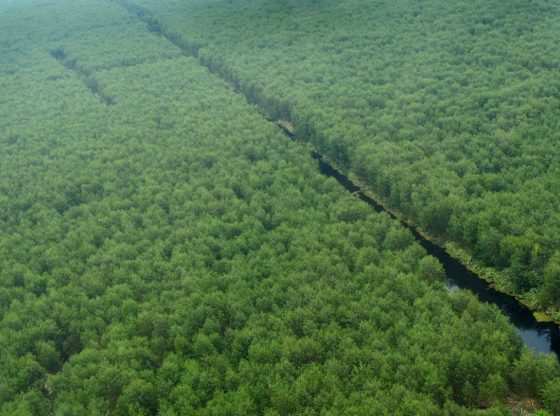 Emissions from the anticipated increased combustion of coal in Southeast Asia will only add to the problems caused by climate change in a region that is already amongst the most vulnerable, globally, to climate change.

On 12 December 2015 the Paris-based 21st Conference of the Parties (COP 21) to the UN Framework Convention on Climate Change (UN FCCC) reached agreement on the need for a global response to climate change from 2020. Restricting warming to well below 2°C above pre-industrial levels and ideally to no more than 1.5°C by mid-century is at the core of the Paris Agreement (PA). In accordance with a principle of common but differentiated responsibilities for a balanced carbon budget globally, each country that signed the PA has committed to a self-determined contribution to emission reductions, outlined in their Nationally Determined Contribution (NDC) reports. The PA came into force on 4 November 2016 and, as of November 2018, has been ratified by 184 Parties – including all ten ASEAN countries.

Parties at COP 21 also invited the IPCC to report on the impacts of global warming of 1.5°C above pre-industrial levels and related greenhouse gas (GHG) emission pathways. One of the key conclusions of IPCC (2018) is the high probability that global warming will, by mid-century, overshoot the targeted 1.5°C above pre-industrial levels. Projections in the Special Report are based on the output of a multitude of Integrated Assessment Models (IAMs) that in some cases include commitments to GHG emission reductions in excess of those contained in the current NDC reports. ‘[R]obust differences’ in regional climates compared with present are to be expected.

Last year (2017) was the warmest non-El Niño year recorded, with the period 2014–2017 accounting for the warmest four years on record. Globally warmer conditions translated at a regional level in Asia to extreme heat waves, powerful tropical storms, flooding, landslides and drought. The oceans around Southeast Asia continued to show the highest rates of sea-level rise globally since satellite-based altimeter measurements began in 1993 (averaging between 3 and 7mm per year), while mass bleaching resulted in over 90 per cent mortality for some coral reefs.

What does all this mean for ASEAN member states and their populations? ASEAN countries combined accounted for less than 5 per cent of global GHG emissions at the time the PA was signed. However, Asia – including ASEAN – is projected to become the world’s most energy-hungry region over the next 20 years, with coal projected to meet a large part of the additional demand. Emissions from the anticipated increased combustion of coal in Southeast Asia will only add to the problems caused by climate change in a region that is already amongst the most vulnerable, globally, to climate change. Excluding Singapore, all ASEAN states are ranked in the top 50 countries in terms of severity of extreme weather-related impacts during the period 1997–2016, with four of them (Myanmar, Philippines, Vietnam and Thailand) in the top 10. These impacts are likely to become even more severe in coming years, owing to links between global warming and some extreme weather events.

Under a business-as-usual scenario and if PA ambitions are to be met, the world may only have around five years before every tonne of CO2-equivalent emissions would have to be compensated for by negative emissions. Negative emission technologies (NETs) are intended to remove on a long-term basis, or sequester, CO2 from the atmosphere, and are increasingly seen as a critical part of managing the global carbon budget. The majority of IAMs that include a stabilisation of CO2 in the atmosphere at levels commensurate with warming of less than 1.5°C above pre-industrial levels incorporate a substantial NETs component. Although there are several possible NETs (Figure 1), only two are seen as currently ready for deployment at the scale required: afforestation and reforestation (AR) and bioenergy carbon capture and storage (BECCS).

The distribution of NETs around the world is unlikely to be equal, with a disproportionate share located in the tropics. This is because of political expediency (in economically advantaged nations), cost and climate change mitigation effectiveness. The latter is particularly the case for AR because the low albedo of forest cover at high latitudes renders increased tree cover less effective as a climate change mitigation measure than its counterpart at low latitudes, and can even enhance warming. A second major climate change-related puzzle may thus lie ahead for ASEAN and other tropical countries, one that has to date received relatively little attention: how to accommodate pressure to mitigate global warming through land covers that could end up competing with other critically important land-based resources such as food-production systems and biodiversity-rich natural and semi-natural ecosystems?

All ten ASEAN nations have committed to reducing GHG emissions/emission intensities (emissions per unit of GDP) as per their NDCs.  Seven indicate that part of their own emission reductions will come through expansions of the proportion of land allocated to forestry (i.e. AR). Decarbonisation of economies is also planned through the expansion of less carbon intensive sources of power. Eight ASEAN states identify a proportion of their reduction commitments that are conditional on support from the international community (including financing), and six (Cambodia, Indonesia, Lao PDR, Myanmar, Philippines and Vietnam) specifically refer to Reducing emissions from deforestation and forest degradation and the role of conservation, sustainable management of forests and enhancement of forest carbon stocks in developing countries, or REDD+.

REDD+ was used by several industrialised nations under the Kyoto Protocol to off-set their carbon emissions through financial support for forest-based carbon sequestration projects in developing countries. Developing countries have been able to acquire funds either directly or through trading carbon credits by hosting REDD+ projects. Although more than 500 REDD+ and REDD projects have been initiated, a large number have fallen short of their original targets, stalled or been abandoned. Part of the problem has been ensuring continued financial support. However, many REDD+ projects have also encountered major problems over governance, and failed to meet even basic sustainable development goals.

Although NETs have been the focus of considerable attention in recent years, relatively little attention has focused on how NETs might best be deployed and managed, and how past mistakes – for example those associated with carbon credit schemes such as REDD+ – can be avoided. For NETs to stand any chance of working, the CO2 they remove from the atmosphere must be sequestered for the long term. Thus any conflicts with potentially competing land uses will require a similarly permanent resolution. Moreover, in order to circumvent countries using the prospect of CO2 sequestration as a good reason not to take the hard decisions needed to decarbonise their economies, NETs will have to be rolled out in conjunction with, rather than instead of, stringent emission reductions.

Many of the problems of past NET-like deployments (e.g. in the form of REDD+) align with those that have hampered the global response to climate change more generally. Attempts to drive governance of the atmosphere through a single, monocentric climate regime in the form of the UN FCCC have largely failed.  Consequently, arguments in favour of a shift to more diverse, polycentric, multi-level and, hopefully, effective forms of governance are increasingly being heard. There is evidence that the UN FCCC is responding positively to this, facilitating an opening-up of discussions on how best to deal with global climate change via the involvement of non-state actors.

One of the most dynamic areas of research at present is in hybrid methods of governing transboundary environmental commons that recognise the variability of natural resources and the diversity of stakeholders in them, and which are decentralised, span national borders and property regimes, and bridge the analytical divide between the public and private spheres. Transboundary environmental commons include the atmosphere as well as forests, rivers and peatlands. All are under considerable pressure in Southeast Asia (either directly or indirectly) from rapid environmental and economic changes, and they are the focus of attention in the TECSEA research project based in the Asia Research Institute at the National University of Singapore and funded by Singapore’s Social Sciences Research Council. The need to protect and sustainably utilise these important transnational resources in equitable ways is unlikely to be assured under the same regimes that have overseen their degradation and destruction in recent decades.

A shift to more polycentric, hybrid forms of governance motivated by the need to ensure the permanence of carbon stocks captured by NETs, along with the attainment of sustainable development and poverty eradication goals – among ASEAN states as well as more widely – just might end up being the most effective response to and the most positive outcome from the IPCC’s Special Report. Just how this shift might best be facilitated, however, requires urgent attention.

Image: Part of a plantation of exotic (non-native) trees in Riau Province, Sumatra, Indonesia. Fast-growing exotic trees, such as Acacia mangium in this case, sequestering a known amount of carbon under particular growth conditions, may be preferred in the tropics as negative emission technologies to native rain forest taxa with their slower and more variable growth rates. Although they may capture more carbon per unit area, exotic plantations with low biodiversity can have substantial negative impacts on ecosystem services and livelihoods. Here the Acacia plantation is on drained peatland and has replaced native swamp forest, presumably at the expense of additional releases of several tonnes of CO2 and other greenhouse gases. They are also very prone to disease. (Photograph freely downloaded from Flickr). Image Credit: CC by asiapulppaper/Flickr.

Avoiding the Thucydides Trap
Between the Devil and the IPCC: Cultural constraints to achieving 1.5°C warming