Is Malaysia doing enough to avoid 1.5°C of global warming? 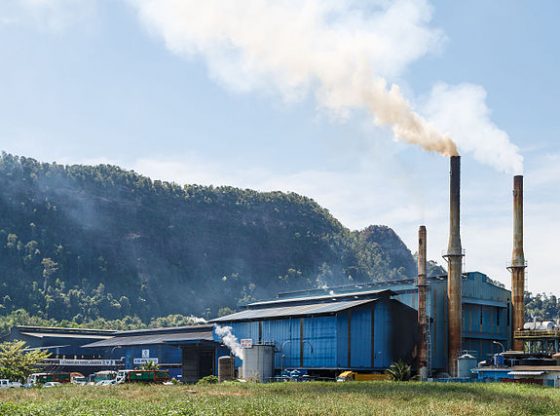 The Paris Agreement (PA) requires that the increase in global average temperature (i.e. global warming) be held ‘well below’ 2°C above pre-industrial levels. It also requires countries to ‘pursue efforts’ to limit the increase to 1.5°C, and a recent Special Report from the Intergovernmental Panel on Climate Change (IPCC) on this more ambitious limit contains stark messages. The report explains the world has already warmed by 1°C, and warming could reach 1.5°C as early as 2030. The impacts of 1.5°C of warming are expected to be wide-ranging and severe, but clearly less harmful than the impacts associated with the 2°C limit.

The minister holding the climate portfolio – while reaffirming Malaysia’s support for the Paris Agreement – has stressed a concerning shortage of relevant expertise and capacity.

The IPCC’s report also explains that avoiding 1.5°C of warming requires global greenhouse gas (GHG) emissions to halve by 2030 and approach zero by 2050, and that emission reductions offer opportunities for substantial societal benefits. Through the Paris Agreement, many countries have pledged to undertake mitigation action by 2030 within so-called Nationally Determined Contributions (NDCs). However, the IPCC’s report shows that these NDCs, in sum, do not promise an overall reduction in global emissions and will make it extremely difficult to avoid 1.5°C of warming.

This large ‘mitigation gap’ means all countries must urgently reassess the ambition of their NDC. Our focus here is Malaysia, an upper middle-income country which has experienced rapid growth in population, GDP and GHG emissions. Per capita emissions are now roughly double the global average. In its NDC Malaysia pledges to reduce its ‘[GHG] emissions intensity of GDP by 45 per cent by 2030 relative to… 2005’. A reduction of 35 per cent is unconditional, with the further 10 per cent conditional on support from ‘developed countries’.

Is the increase in emissions implied by Malaysia’s NDC consistent with making a fair contribution to avoiding 1.5°C of warming? This is a contentious question which relates to the long-standing climate principle of ‘common but differentiated responsibilities [for emissions] and respective capabilities [to perform mitigation actions]’. However, as the IPCC’s report explains, this question is central to the mitigation challenge, and possible answers should be discussed. Frameworks for equitably distributing the mitigation effort between countries have been developed, and the associated online calculators, in which responsibility and capability options can be adjusted, quantify national ‘fair contributions’. These calculators indicate, across a range of equity options, that Malaysia’s NDC would not represent a fair contribution to avoiding 1.5°C of warming.

The current round of talks connected to the Paris Agreement, in Katowice, involve reflection on increasing the ambition of NDCs by 2020. Along with increasing ambition, Malaysia should explain more rigorously on what basis its NDC pledge is fair, for example in relation to the ‘common but differentiated responsibilities and respective capabilities’ principle it strongly supports. The talks also involve finalising rules on PA implementation, particularly in relation to finance and other forms of support necessary for countries like Malaysia to pursue the conditional parts of their more ambitious NDC pledges.

In the run-up to 2030, electricity demand will continue to grow rapidly, and coal – the fuel associated with highest GHG emissions – is expected to meet an increasing fraction of that growing demand. Coal has been attractive worldwide as a low-cost fuel suitable for centralised electricity generation, and in Malaysia’s case it has arguably been vital in coping with soaring demand. But it is hard to reconcile a plan for increased coal-fired electricity with the IPCC Special Report’s pathways for avoiding warming of 1.5°C, which require rapid reductions in electricity-related GHG emissions.

Progress in increasing renewable electricity generation, and restraining demand, appears to be hampered by subsidised – and consequently low – fuel prices. Fossil-fuel subsidies result in waste and missed opportunities, and the IPCC’s report emphasises the effectiveness of having a high price on GHG emissions for limiting warming. In Malaysia, electricity from coal and gas needs to be priced in a way which gives competing renewable energy sources a fair chance, and can also pay for expensive technology to capture and sequester emissions. After electric power, the transportation sector makes the second largest contribution to Malaysia’s GHG emissions, and similar arguments have been made about petrol subsidies.

The discrepancy between current actions and what is needed to avoid 1.5°C of warming is also found among individuals. Researchers have demonstrated an ‘education mitigation gap’, where educational strategies related to the climate consequences of behaviours often ignore high-impact actions, such as living without a car, eating a plant-based diet or even having one fewer children, in favour of low-impact actions, such as using energy-efficient light bulbs. Our research in Malaysia found that individuals typically greatly underestimate their GHG emissions. When confronted with this underestimate, and asked to re-evaluate their lifestyle, individuals were willing to increase the frequency of low-impact actions but not the critical high-impact ones. This suggests that education and individual-level voluntary changes will not suffice: more ambitious action at the country-level is also needed.

However, countries have an uncertain record in responding to global warming. The IPCC report’s suggested responses to avoiding 1.5˚C of warming include ‘strengthened multilevel governance, institutional capacity, policy instruments, technological innovation and transfer and mobilisation of finance’ as well as changes in lifestyle and behaviour, implicitly viewing countries as being central to the response. The proposition that the core assumptions and values of countries (as neoliberal, growth-orientated, competitive and sovereign entities) might themselves be barriers to avoiding 1.5˚C of warming is not scrutinised in IPCC reports. However, ideas and practices which already exist within academia and civil society, such as ‘degrowth’ and ‘transformation’, acknowledge the irreconcilable tension between economic growth and environmental sustainability, and highlight the need for urgent and fundamental change.

Signs of such change are lacking in Malaysia, with the newly elected Pakatan Harapan (Alliance of Hope) government promising only to ‘balance’ economic growth and environmental protection. Six months after the election, the proposed National Coordination Council, intended to organise existing policies and to navigate the complex links between climate change and sustainable development coherently, has not materialised. Further, the minister holding the climate portfolio – while reaffirming Malaysia’s support for the Paris Agreement – has stressed a concerning shortage of relevant expertise and capacity. There is thus a danger that Malaysia will miss the opportunities that the IPCC’s report shows can come with reducing emissions. This situation, and Malaysia’s currently unambitious NDC, indicate a need for enhanced political emphasis on maintaining a ‘1.5˚C world’.

Between the Devil and the IPCC: Cultural constraints to achieving 1.5°C warming
Energy security in Malaysia: Current and future scenarios