India and the 1.5°C warning: The power of political targets 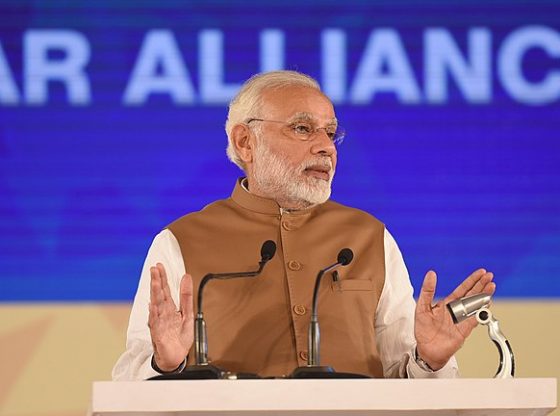 From the Paris Agreement’s 2°C collective mitigation goal to the EU’s 20-20-20 plan, numerical targets have become a hallmark of environmental governance. Such targets appear precise and objective, but the reality is often more complex. The 2°C target stems from a set of back-of-the-envelope calculations and political judgements, while the recent IPCC Special Report on Global Warming of 1.5°C above pre-industrial levels saw the political tail wagging the scientific dog, commissioned after a last-minute push by small island states to include a more ambitious goal in the Paris deal. Such numbers are persuasive tools as much as scientific findings.

With their huge populations and rapidly rising emissions, India and China have often been demonised as the gravest threats to coordinated action in the face of climate change.

Three years on from the Paris Agreement, coordinated international action to meet the target of no more than 2°C – let alone 1.5°C – sometimes looks further away than ever. The President of the United States, the world’s largest historical emitter of atmospheric pollutants, has pledged to abandon the deal. In the power vacuum left by American isolationism, however, other countries are competing for global climate change leadership. One of the most unexpected contenders is India, long seen as among the most stubborn holdouts on the international stage – and New Delhi is deploying its own numbers to make the case.

With their huge populations and rapidly rising emissions, India and China have often been demonised as the gravest threats to coordinated action in the face of climate change. Both have traditionally maintained that developed countries, responsible for the lion’s share of historical emissions, must bear the brunt of mitigation costs. As a result, India has consistently opposed quantitative targets in international climate change negotiations in order to safeguard its moral right to develop. It even joined with China, the United States and Iran to oppose commissioning the IPCC Special Report on the impacts of a 1.5°C rise.

However, the surprise announcement of a US-China climate change agreement in November 2014 split the two huge energy-hungry Asian powers. In the run-up to the Paris meeting, an isolated India was depicted as the immovable obstacle to an international deal. At the same time, South Asia is particularly vulnerable to damage caused by climate change, while the winter air pollution that ravages cities in northern India has begun to raise a political outcry.

Under such pressure, India has adapted its stance. While career diplomats in Paris held out against the prospect of a deal, a second handpicked delegation engaged in pragmatic talks, with Prime Minister Narendra Modi himself on the phone.

The result was a clever compromise. India signed the Agreement, but its own promised ‘nationally determined contribution (NDC)’ remains conservative. The country has pledged to reduce emissions intensity – not its absolute emissions – by 33 to 35 per cent below 2005 levels by 2030; a target that most estimates put it on track to meet with minimal effort.

In parallel, however, the Indian government publicly announced much more ambitious but unenforceable, or ‘soft’, targets. It quintupled the country’s solar energy instalment target to around 100 GW by 2022, as part of an overall renewables target of 175 GW (recently raised to 227 GW). This makes India’s programme of renewable energy expansion perhaps the most ambitious in the world, and if achieved, it would easily surpass the country’s formal Paris goals.

The new soft targets gave the country an immediate reputational boost. Prime Minister Modi seized the momentum to launch the International Solar Alliance, an initiative to accelerate solar expansion in the sunny countries of the tropics. Headquartered in New Delhi and ratified by 48 countries (and counting), this new treaty-based organisation stresses that ‘[t]here are no targets or legal obligations imposed on member-countries’. India has thereby staked its claim to be a global environmental leader while minimising its formal obligations.

The 175 GW target also sent a powerful signal of intent to private investors, assuring them of the government’s commitment. Along with falling costs, it has helped to galvanise a surge of investment in renewables. The expansion of solar energy is especially dramatic: from virtually nothing in late 2010, grid-connected solar capacity stood at 23.1 GW by July 2018. Offering the prospect of building new industries, renewable energy exemplifies the ‘convenient action’ on climate change that Narendra Modi has espoused in two books.

This surge of private investment has not flowed evenly across India, and the unevenness of renewable uptake testifies to the limits of the central government’s ability to enforce policy. The targets have helped to mobilise a ‘coalition of the willing’ among business-friendly state governments, especially those with links to the ruling Bharatiya Janata Party (BJP). Indeed, so rapid has been the development of renewable energy that some southern and western states may soon wrestle with problems integrating it into the grid. Meanwhile, resistance is rising as large projects displace locals.

Yet New Delhi’s weak enforcement capacity means that in other areas the central target exists only on paper. In coal-rich states, the coal industry is a major employer with equally huge influence on regional political parties. In eastern India, state governments have defied the central government by setting their own unambitious targets, which even then they persistently miss. ‘The central government is not in tune with reality if they want to try to compel us’, West Bengal’s former Power Minister told me. As in much of the world, carbon lock-in remains a major obstacle to the transition to sustainable energy.

India was once regarded as a stubborn spoiler in international climate change negotiations. Today it has learned to play the environmental numbers game in the face of its traditional position and weak enforcement capacity. Headline targets like those which motivate the IPCC’s 1.5°C report are coordinating devices, not sharp scientific boundaries: as the central government pointed out, India is already feeling the impacts of climate change. Nonetheless, New Delhi’s response to the release of the Special Report signals its new self-assurance. ‘Denying the reality of climate change is not going to help anyone’, an Environment Ministry official tartly rebuked the United States. ‘We will act like a responsible nation.’

Elizabeth Chatterjee is Lecturer in Regional and Comparative Politics at Queen Mary University of London, and a Fellow of the Initiative for Sustainable Energy Policy at the Johns Hopkins School of Advanced International Studies. Her research examines energy politics and state capacity in the face of climate change, with a particular focus on India. Image Credit: CC Wikimedia Commons.

Energy security in Malaysia: Current and future scenarios
Infrastructure and the struggle to adapt to climate change in the Himalayas