A view from somewhere: An alternative to globalised forms of climate knowledge 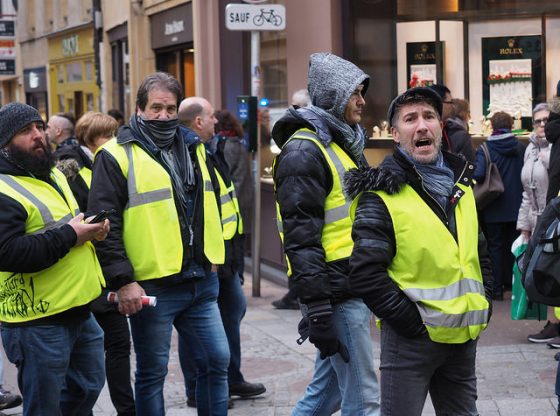 A few years ago I was the grader in an undergraduate environmental policy course. The question that most students wanted the answer to was what they could do to help with climate change. Two main thoughts have stayed with me from that semester. First, I am greatly heartened to see that young people care so deeply about the future of the planet. Second, I cannot but appreciate the sense of paralysis they feel in trying to figure out what they – as students, as individuals – can do in the face of the immense task to limit global warming to 2°C above pre-industrial levels. But they are not alone in this feeling: the enormity of such a Herculean task has been impressed upon us all.

It is not simply that globalised climate knowledge projects a top-down, imperative-driven view of the world; it is that it cuts against the way people actually experience the world.

In October this year, the UN Intergovernmental Panel on Climate Change (IPCC) released an assessment (SR15) that examines what might happen in a world which is 1.5°C warmer. The release is accompanied by headlines and articles that indicate we have little time left to act. The tension felt in the simultaneous urgency and ‘threadbareness’ of such warnings is not unique but ripples throughout the history of climate science discourse.

Certainly, SR15 functions to model the most aspirational of targets set during the 2015 Paris Agreement, but in the process, such forms of knowledge production also enable a particular kind of discourse that elides the realities of the world. The following comment made by an IPCC expert during SR15’s release is representative: ‘We show it can be done within laws of physics and chemistry. Then the final tick box is political will.’

In contrast to this dominant narrative about the intractability of climate change, Mike Hulme at the School of Environmental Sciences, University of East Anglia – along with others – posits that the problem stems from the production and governance of climate knowledge itself. Abstraction is the means by which climate science achieves its loftiness and cognitive authority: by aggregating, deleting, interpolating and modelling unimaginable volumes of data, it has enabled us to grasp a phenomenon beyond the spatial and temporal comprehension of any unmediated human experience.

However, in the process of creating such forms of globalised knowledge, climate science has also collapsed differences and meaning between geographies and cultures. In other words, a global temperature index makes it easy to rally international negotiations and ‘measure’ mitigation efforts, but it is also psychologically sterile. The problem with this ‘view from everywhere’ is that it detaches knowledge-making from meaning-making. By asking people to see climate change the way science wishes it to be known is to ask them, as Sheila Jasanoff puts it, ‘[to displace] human beings, as a species and as a source of norms, in favor of an impersonal, but naturalized object of concern’.

It is not simply that globalised climate knowledge projects a top-down, imperative-driven view of the world; it is that it cuts against the way people actually experience the world. What goes unacknowledged in climate science’s claim to present widely agreed-upon objectivity and transparency is that rather than being a reflection of the world, such knowledge is simply one way of representing it – and at a scale that is itself a normative choice. The production of climate science has a particular, situated history. And just like any other socially embedded knowledge community, it requires networks of people, artefacts and institutions to share a set of standards, norms and values in order to generate and maintain specific types of knowledge.

This means that globalised climate facts are never just the facts (as the above IPCC expert’s comment implies). In other words, as Mike Hulme states, ‘processes of knowledge-making are intimately bound up with the assumptions about political and social ordering which lie implicit in the institutions which enable and endorse this knowledge’. I believe the intractability of addressing climate change stems in no small part from the lack of such an acknowledgement. This carries grave real-world implications – given that it has enabled even a politician of the people to advance a very undemocratic argument: that only certain types of people – people who produce a particular understanding of climate change or those who subscribe to that understanding – get a say on how we should address this global problem.

This autumn, I conducted fieldwork in Inner Mongolia. While the grassy steppe may not appear an obvious place from which to reflect upon the Anthropocene, Inner Mongolia has been the epicentre of coal plant expansion for the past decade in China – which has the largest electricity system in the world and is also the top national emitter of CO2. While I spoke to a wide spectrum of people who work in and are impacted by coal power generation, rarely was climate change mentioned. No one knew about the release of SR15 or what Alexandria Ocasio-Cortez said on Twitter, and even if there had been no informational firewall, I am unsure that people would have cared.

Migrant workers travel long distances to Inner Mongolia to build coal plants, working every day with no weekends off and no benefits, engaging in hard physical labour that is accompanied by a series of occupational hazards, and risking delayed wages with no means of recourse or reparation (despite recent national legislation). It seems unlikely that climate abstractions such as the average global temperature or sea-level rise can have any purchase in their daily lives, and also unjust to dismiss the fact that it does not as evidence of ignorance, conceit or complacency.

We would also be doing violence to the complexity of social relations and lived experiences if we oversimplified such observations with Maslowian or teleological explanations about development. For example, recently we have witnessed the same kind of tension manifest itself in Paris with the ‘Yellow Vests’ protests. Central to the French conflict is that the president is trying to impose a top-down carbon tax (a naturalised policy decision taken from the perspective of globalised climate knowledge) with no regard for the financial realities the working class faces every day, and even less for addressing increasing regional disparity, more precarious labour conditions and a growing wealth gap.

It is not just that the dominant climate discourse fails to recognise there are differences in the ways and scales of knowledge- and meaning-making. Its globalising values also gloss over the fact that differences in culture, socioeconomics and industrialisation have meant vastly different historical contributions to the current global climate – and that such differences will also mediate disparities in the ways in which climate change impacts on people.

The above examples show that climate change cannot simply be solved by a convention of experts and politicians at the supra-national or even national levels, and nor should its intractability be blamed on the character or will of individuals. Rather, it requires a more pluralistic, multi-level and polycentric approach that produces climate knowledge and decision-making which is attuned to the substrate of people’s lived experiences and social relations. While this approach does not – to quote Raymond Williams – ‘[spare us] the effort of looking in an active way at the whole complex of social and natural relationships which is at once our product and our activity’, I hope that it unshackles us from the paralysis of addressing climate change and emboldens us to engage with it at all levels.

Xi Wang is a PhD Candidate in the Department of Geography at the University of Colorado–Boulder. Her research examines coal generation overcapacity in China’s electricity sector. Image Credit: CC Dmitry Dzhus.

The long read: From the Anthropocene to the Urbanocene: Understanding Asia’s rural out-migration and global climate change
Of kings and concentration camps: Xinjiang and Norway