Of kings and concentration camps: Xinjiang and Norway 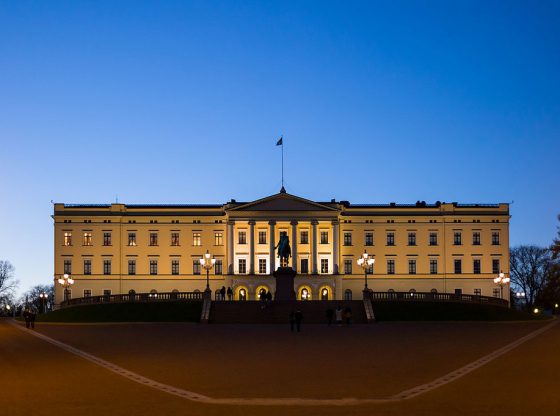 The visit to China by King Harald and Queen Sonja of Norway in October 2018 revealed the increasingly painful hypocrisy of European countries pretending to uphold a ‘human rights dialogue’ with the Chinese authorities. They claim to help improve China, even as the Chinese superpower – increasingly powerful both economically and militarily – aggressively works to undermine the very idea of human rights and its central place in international affairs.

The ongoing mass atrocities in Xinjiang are a dramatic watershed here, and in this light, the incident above all exposed the widespread hypocrisy in failing to speak to those responsible. Instead, there is a ritualised, compartmentalised side-show of ‘human rights’ involving lower ranking figures, which looks increasingly like a PR cover for European politicians who are ever more beholden to China economically, but trying to appear firmly principled both in the mirror, and to a wider audience, including the pretence that they still hold on to democracy and respect for human dignity as basic values.

Norway’s royal couple were dispatched by their government to China for the first head-of-state visit since China ended its six-year punishment of Norway for the decision by the Nobel Peace Prize Committee (which is appointed by the Norwegian parliament) to award the 2010 Peace Prize to the Chinese dissident Liu Xiaobo. Norway’s government formally apologised for this in 2016.

It is true that Denmark and other European countries have also compromised in this way, on Chinese terms reminiscent of the forced confessions seen on Chinese television; but because Norway is one of the world’s wealthiest countries, the apology resonated more loudly as a victory for state-level bullying. Since then, Norway has been among the most enthusiastic of the European countries to cultivate China: Foreign Minister Ine Eriksen Søreide proudly announced that her visit, accompanying the Minister of Trade and Industry and the King, was ‘ministerial visit number 12 and 13’ since the de-freezing.

The royal visit took place in the midst of the ongoing human rights catastrophe in Xinjiang. A new concentration camp system is being expanded there, which already holds many hundreds of thousands of innocent detainees and probably more than a million. The system is the punitive arm of a much broader campaign which is targeting whole indigenous peoples with forced assimilation. This includes measures such as the prohibition and silencing of ordinary indigenous culture, religion, and languages, and the splitting up of countless families, all in flagrant breach of the fundamental principles of human dignity and human rights. This is especially true of the forced ‘conversion therapy’ used to break the camp inmates. And as a racist-discriminatory programme which is creating a mass trauma that will linger for decades into the future, it is unprecedented in China – even with the long history of similar maltreatment of Tibetans and other peoples.

Yet despite this grave situation, the Norwegian government evidently decided to keep the King and Queen in the dark about it, as if calculating that the issue would not come up during their visit. But it did come up – of course – at the first stop of their tour, while they were sightseeing at the famous Buddhist caves at Dunhuang in western China, adjacent to the territory of Xinjiang. The Norwegian journalists covering the trip asked, during a recorded interview: what about Xinjiang next door, where up to a million people are being kept in prison camps, according to the UN and other reports?

King Harald was able to respond because, he said, although he had not known of this situation previously, he had read a newspaper report about it since arriving in China (presumably a Norwegian newspaper on their plane). Without going into details, he briefly described the situation in general terms as the dark, other side of China, contrasting it with China’s economic successes. While also repeating the standard mantra that Norway must ‘get on board the train’ of Chinese commerce, he went on to suggest in no uncertain terms that Xinjiang would be raised in Beijing: ‘We will have a dialogue with China about this, and I, we, for sure will have an opportunity to raise this later’, the king said.

Some parts of the media reported this as a positive sign that Norway was not going to be silent on the Xinjiang crisis. It was noted that during his last visit, in 1997, the king himself did discuss human rights with then President Jiang Zemin.

But this time, it was not to be. The suggestion was overruled by his government, with the foreign minister herself publicly dismissing the king’s words as not to be taken literally. Indeed, no-one raised Xinjiang in the joint meeting between Norway’s foreign minister, King Harald and Queen Sonja, and China’s President Xi Jinping, who is of course ultimately responsible for the Xinjiang campaign. Instead, as is now habitual, such issues were relegated to low-level sideshows where they would not embarrass the Chinese official actually responsible for the unfolding atrocities. Even so, the Chinese authorities did not miss the chance to humiliate Norway further, by mocking the suggestion of raising the Xinjiang crisis as representing an ‘obsession’ with human rights on the part of the ‘western media’.

As a modern European constitutional monarch, the King of Norway cannot initiate his own foreign policy, but must go with the decisions of the elected government. His position is necessarily rather diminished compared with the central role the monarchy played during the Second World War, but the role as symbolic head of state can still be consequential – as seen in the Swedish King’s cancellation of his trip to China in early December, reportedly due to China’s long-running detention of the Swedish citizen Gui Minhai.

Paradoxically, these modern kings are the only people in their kingdoms who do not enjoy the fundamental human right to speak their mind. The Xinjiang incident highlights the burden this places on the monarch as a person. Such psychological factors are very much in play for others, too, when it comes to how we as outsiders confront the realities of the mass atrocities now under way in China. This, I believe, is much under-studied.

In the case of European politicians who are enthralled by Chinese business prospects yet still attempt to present themselves as agents of decency, while hiding their criticism of China in safe side-compartments, it may also be that they fear the stark discomfort of confronting the communist leaders – who are disinclined to accept any criticism or dissent whatsoever. (This is, after all, how they rule; and it is how they got to be in their position.) The actual drama of such encounters is seldom revealed, but the former Swedish Prime Minister Göran Persson once described a deeply uncomfortable such meeting with Li Peng, ‘the most cold-blooded politician I ever met’.

An internal struggle must be playing out within every European politician: it is hard for them to reconcile their compartmentalisation, or even inaction and silence, with the still desirable moral value of upholding a decent persona, both internally and publicly.

I believe that the powerful catharsis experienced when the Nobel Peace Prize was awarded to the Dalai Lama in 1989 was due to how the Chinese regime at the time, by massacring its own people in the streets and on TV, had made it possible for westerners to break free of their hypocrisy (of waiting for change that manifestly will not come), and embrace the laudable values of human rights without reservation. Nowadays, however, thanks to China’s vastly increased economic power, the Dalai Lama is humiliated if he tries to visit Norway, even though he is a Nobel Laureate. It makes for a bad conscience, again.

An alternative solution to this psychological dilemma would be to dispense with our own values. Some Europeans are doing this already (in illiberal Hungary, in Italy, and in other countries locked in an ever closer embrace with China). Discarding the notion of universal human dignity – which underpins an outsider’s concern for the Xinjiang camp inmates and other such victims – helps to justify falling silent on China.

Such a justification comes by embracing the ‘new’ ‘Chinese’ notion that people are different. One Norwegian professor already argues in this vein, suggesting that ‘the Chinese value stability and harmony; in the West we worship discord and the individual’. Hence, implicitly, ordinary Chinese don’t want freedom from abuse, freedom of expression, or the like.

But if we fall for that, then China will have succeeded in changing us, and not the other way around.

Magnus Fiskesjö is an Associate Professor in the Department of Anthropology, Cornell University. Image Credit: CC by Alessandro Grussu /Flickr.

A view from somewhere: An alternative to globalised forms of climate knowledge
Playing with chopsticks in China is not funny: A critical reading of the controversy over D&G’s ‘Eating with Chopsticks’ ad