Diplomacy with Chinese characteristics: The case of Denmark 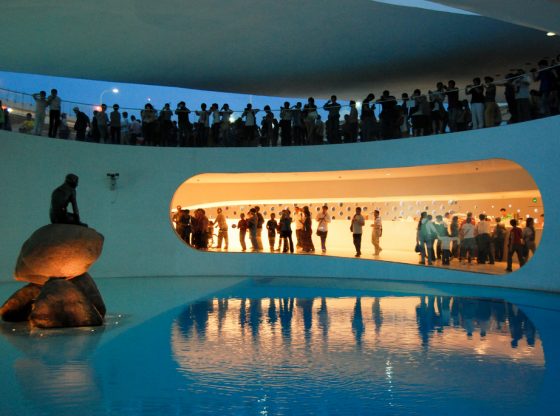 When in June 2012 China’s President Hu Jintao made a first-ever official Chinese state visit to Denmark, Chinese diplomats put strong pressure on the Danish government ahead of the planned visit. Their main concern? That Hu would be confronted with any activists or manifestations critical of China. The message was somehow transmitted all the way to the patrolling Danish police forces, who systematically prevented peaceful pro-Tibet demonstrators from exercising their constitutionally guaranteed right to freedom of speech when Hu’s motorcade toured the streets of Copenhagen.

Last year, an official investigatory commission – the Tibet Commission – stated in a report that the activities by the Danish police amounted to a constitutional breach, which was largely orchestrated by commanding police officers. However, citing the emergence of ‘new evidence’, the Tibet Commission has recently been tasked with re-opening its investigation to further examine, among other things, whether any higher ranking state representatives had authorised the unconstitutional order and instructed the police forces.

The constitutional breach surely constitutes the most blatant example of China’s diplomatic pressure in Denmark. It demonstrates the extent to which the People’s Republic of China (PRC) is willing and able to pressure liberal democracies to exercise self-censorship when Chinese interests are at stake. However, recent revelations by investigatory Danish journalists suggest a much broader pattern of diplomatic influence by the PRC. Indeed, over the past decade, Chinese diplomats have on several occasions applied pressure to Danish authorities and organisations to induce self-censorship. Given the ongoing investigation of the Tibet Commission, these new examples of Chinese diplomatic pressure have elicited a strong political reaction, even from parties that have long been seen as uncritical supporters of Denmark’s Comprehensive Strategic Partnership with China.

That Chinese officials are willing to use ‘diplomatic arm-twisting’ to safeguard Chinese interests should come as no surprise. Nor is it surprising that Chinese diplomats are particularly active in countering the ‘usual suspects’ like Falun Gong or pro-Tibet activists. Yet the Danish cases are interesting not only because they provide new pieces of documentation to a highly charged debate about Chinese influence abroad, but also because these cases help shed light on the scope of China’s diplomatic pressure in liberal democracies.

In one of the reported cases from 2013, the Chinese Embassy in Copenhagen repeatedly requested that the Copenhagen International Film Festival (CPH:DOX) remove several documentaries critical of China from their programme, claiming that the producers had not obtained the necessary export licences. Realising that the CPH:DOX, having received authorisation from the film producers, was nevertheless legally entitled to show the documentaries, the Chinese Embassy then instead made thinly veiled threats about the consequences that non-compliance would have for Danish-Chinese relations more broadly. The Chinese diplomats also urged the director of CPH:DOX to make sure that Ai Weiwei’s documentary Stay Home was not awarded the Festival’s main prize. In the end, the Chinese pressure campaign proved fruitless, as the CPH:DOX contacted and received the support of the Danish Ministry of Culture.

Another, more recent, case from 2017 involves Shen Yun, a US-based Falun Gong-affiliated Chinese dance performance company which is viewed by the Chinese regime as a threat to their rule and an anti-society cult. For years, Shen Yun’s requests to rent one of the stages at the Royal Danish Theatre have been rejected on the grounds that the world-famous dance company’s show does not meet the artistic standards of the theatre. A more likely reason could be that the Chinese Embassy had clearly voiced its opposition to the Shen Yun dance show at meetings with the Royal Danish Theatre, as internal mail correspondence from an employee at the theatre reveals. The now former director of the Royal Danish Theatre, Morten Hesseldahl, has stated that he was unaware of the Chinese attempts to influence the decision.

A third example involves the Copenhagen municipality, which on 8 November 2017 hosted a public ‘Chinese tree-planting event’ that was attended by the Chinese Ambassador to Denmark, Deng Ying. Upon discovering that a private citizen at the event was wearing a small Tibet flag on her scarf, the Chinese delegation immediately threatened to cancel their participation unless the woman rid herself of the flag. Acquiescing to the demands of the Chinese delegation, civil servants from the administration talked the woman into removing the flag. Furthermore, leaked internal mail correspondence between staff from the respective Copenhagen municipality unit has subsequently shown that employees rejoiced that the ‘incident’ was not mentioned by a local TV station which was covering the event.

As these examples suggest, Chinese diplomats neither respect nor feel constrained by the constitutionally guaranteed fundamental rights of liberal democracies when these rights are used to openly criticise the PRC. This smacks of double standards, given the Chinese leaders’ traditional, and recently repeated, insistence in public diplomacy that the PRC adheres to the principle of non-interference in the internal affairs of other countries.

With public perceptions of the PRC in Denmark being already quite negative, as reflected in opinion polls and the mainstream Danish media’s coverage of China, such views are likely to be reinforced by the recent revelations about China’s covert diplomatic pressure. More importantly, from a Chinese perspective, the long-held political consensus in Danish politics about avoiding sensitive political issues in bilateral relations with the PRC seems about to disappear. During a parliamentary session in Denmark’s Folketinget on 7 December, which addressed China’s diplomatic pressure and influence in Denmark, most political speakers expressed serious concern about recent developments.

Indeed, differences in political values between China and the liberal West seem about to play a more prominent role in the political debate not only in Denmark, but also in several other European countries, after decades of economic opportunism and wishful thinking that the PRC would undertake liberal political reforms. While the constitutional breach in Denmark has served as a ‘wake-up call’ for Danish politicians, one can only wonder how effective Chinese diplomatic pressure campaigns are in quelling public criticism of China in other European countries. After all, ‘self-censorship is the most insidious form of censorship’.

Andreas Bøje Forsby is a researcher at the Nordic Institute of Asian Studies and an external lecturer in IR at the Department of Political Science, University of Copenhagen. Image Credit: CC Blaine O’Neill.