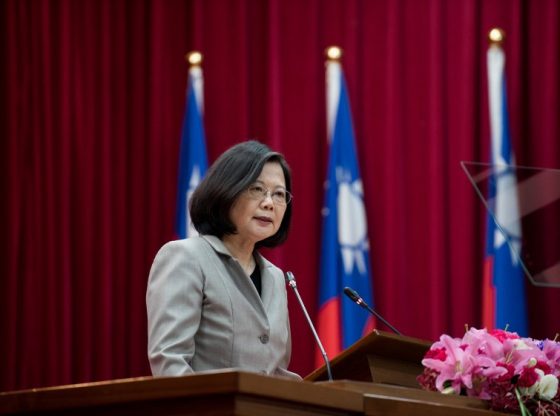 The results of Taiwan’s 2018 nine-in-one local elections surprised many observers. Surely many of them had been anticipating the DPP’s loss in both votes and seats in the elections, but almost nobody had foreseen that the DPP would be defeated by the KMT so badly. Most observers agree that two factors significantly contributed to the DPP’s disastrous defeat. First, increasingly popular and strong dissatisfaction with the Tsai administration’s performance, especially its many controversial reforms. Second, the so-called “Han wave” led by the Kaohsiung mayoral candidate of the KMT Han Kuo-yu who successfully mobilized various discontented social groups in not only Kaohsiung, but also some other places, to vote against the DPP candidates.

Indeed, these are two obvious reasons for the DPP’s election defeat. The public opinion surveys by Taiwan’s major media had shown the public’s constant decrease of the approval rating for the Tsai administration, and in contrast, a significant increase of support for Han before the elections. However, three other important public opinion trends that paved the way for the DPP’s loss and the KMT’s victory are largely missing in the discussion of the elections.

This data clearly indicates that Taiwanese nationalism has been declining since the DPP took power in 2016, which was definitely not a good news for the DPP, especially when its local election campaign tried to rally support around nationalistic issues. Furthermore, larger decline of nationalism among young voters may help us better understand their parallel declining support for the DPP in the local elections.

Declining public identification with the DPP coupled with rise of the independent voters can help us understand the DPP’s election defeat on the one hand, and Han Kuo-yu’s and Ko Wen-je’s victory in Kaohsiung and Taipei, respectively, on the other. It is believed that the independent voters’ support was key to both of their victories.

The third set of public opinion trend is a constant declining of the unconditional popular support for democracy, and a rising conditional support for dictatorship since 2000. According to a series of surveys by Academia Sinica, public (aged 18 and above) support for the statement “no matter what, democracy is always the best political system” has been decreasing from 59% in 2000 to 43.2% in 2016, about 1% drop each year on average. Among all the age groups, young (aged 18-39) voters’ unconditional support for democracy had declined the most. On the other hand, support for the statement “under some conditions, dictatorship is a better political system than democracy” has increased from almost 16% to over 27% during the same period of time.

Because the 2016 survey was conducted by the end of November, about half a year since Tsai assumed office, it seems that she and her administration have been facing an increasingly realistic and pragmatic public since 2016. This pragmatic view of democracy is a challenge to the DPP’s election campaign strategy that portrayed itself as the defender of Taiwan’s democracy, while the KMT and mainland China are the authoritarian powers threatening Taiwan’s democracy.

In summary, the three public opinion trends, namely, the declining of Taiwanese nationalism, the rising of independent voters, and an increasingly more pragmatic public view of democracy and dictatorship, have paved the way for the DPP’s defeat in the 2018 local elections. Together, these three public opinion trends have diminished the effect of the DPP’s election campaign, which tried to rally support with nationalism, partisan and democracy issues.

Dongtao Qi is a Research Fellow at the East Asian Institute, National University of Singapore. Image credit: CC by the Office of the President, Republic of China (Taiwan)/Flickr.