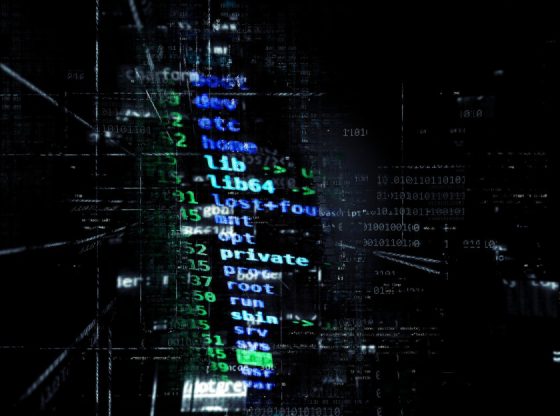 Taiwan completed its nine-in-one local election on 24 November 2018, which ended up with a historical defeat of the ruling Democratic Progress Party (DPP). Before and after every election, Taiwanese officials and the general population question whether China would or did meddle in the process. However, this question is somewhat misleading because China has been meddling in Taiwanese elections, if not everyday life, since the very beginning of Taiwanese democratization. The very first Taiwanese presidential election was completed against the dire backdrop of multiple Chinese military exercises and missile tests around the waters of Taiwan from July 1995 to March 1996. Therefore, the real question is: did China’s meddling in the 2018 Taiwanese election use any new strategies, or transform into a different model? And, if so, was China successful?

Before and during the election, many were worried that China would try to replicate a so-called Russian model to meddle in the election. Generally speaking, people holding this concern referred to two specific events in which Russian behaviour interfered in another country’s affairs: 1) the Russian annexation of Crimea in 2014; and 2) the 2016 US presidential election. The former example caused concern around the possibility of China emulating Russia’s strategy of occupying Crimea. Specifically, there were concerns that China might try to create political chaos in Taiwanese society during the election by assassinating popular candidates, producing election disputes, or even instigating civil riots. If that happened, China, in the name of responding to the request of pro-Beijing Taiwanese, would have an excuse for a military takeover of Taiwan. Considering Beijing’s close relations with many organized criminal groups in Taiwan, such a concern was not entirely groundless. In 2014, US Senator Marco Rubio and Senator Christopher Murphy questioned the US Assistant Secretary for East Asian and Pacific Affairs, Daniel Russel, at the hearing of the Subcommittee on East Asian and Pacific Affairs, on whether the inaction of the US in the Crimea crisis might encourage China to replicate Russia’s strategy against Taiwan.

The second event refers to how Russia fed US voters massive amounts of disinformation produced by Russian trolls and hackers and hence changed the outcome of the election. Although the causation between the Russian intervention and the US presidency of Donald Trump is still under debate, it is a fact that Russia fed US voters fake news and anti-Clinton posts via social media. Evidence presented to US Congressional hearings shows Russian-generated information reached 126 million Americans by Facebook alone.

In hindsight, the first model of China’s meddling did not occur. Throughout the whole election day on 24 November, there was no sign pointing to any attempt by China to sabotage this election. The most severe election dispute that happened on the day was that the Central Election Commission, which is the primary agency responsible for managing election affairs in Taiwan, started to count votes at 4 pm (the official closing time of voting) while a significant number of voters were still queuing for voting, especially in Taipei City. There was a chance that this decision of the Commission might have triggered queuing voters to change their preference. This election dispute, however, mainly resulted from the Commission’s incorrect assessment of how much time a single voter would spend in a ballot booth during this rather complex election (every Taiwanese voter needs to vote for nine different civil posts and ten referendum questions in this election).

However, there are many signs indicating that the second model of Chinese meddling in the election occurred, and the trend is rather alarming. Since Tsai Ing-wen took office in 2016, China has adopted at least five major ways to influence the opinions of the Taiwanese public: 1) producing a sea of disinformation via Chinese official news outlets and especially content farms such as Coco01, Apple01, or Bombo1; 2) spreading the disinformation through social media which Taiwanese usually use, such as PTT, Facebook, Line, YouTube, or WeChat; 3) altering online policy debates on social media in Beijing’s favour by Chinese trolls and hackers; 4) attacking the DPP officials’ social media accounts and governmental websites; 5) falsifying the popularity of candidates whom Beijing prefers such as Han Kuo-yu on social media, the internet, TV, and newspapers. It seems that these five mechanisms of online discourse warfare toward Taiwanese society do not have clear boundaries separating them, but mutually reinforce each other at the same time and with the same purpose— to undermine the Tsai government and the DPP.

China seeking to influence Taiwanese society through discourse warfare is not something new. The Chinese Communist Party has upheld Vladimir Lenin’s belief, ‘‘the easiest way to capture a fortress is from within,” for many decades. It was one important reason that the Kuomintang (KMT) lost the Chinese Civil War. What is new is the new level of channel, intensity, scope, and sophistication of the warfare in the past two years. This discourse warfare has had a powerful effect on the Taiwanese public’s impression of the Tsai government. Lo Chih-cheng, a legislator of Taiwan, believes the disinformation from China has something to do with the PLA Strategic Support Force, which was established in 2015. This level of Chinese meddling in the election also gained the attention of the US. Two weeks before the election, AIT Chairman James Moriarty stated on a TV interview that “There are obviously attempts by external powers here in Taiwan to try and alter the debate and spread false information, and those are dangerous.”

Nevertheless, one needs to be very cautious not to fall into the trap of overly attributing the historic defeat of the DPP in this election to China’s meddling. Numerous academic studies have proved that people’s prior beliefs strongly affect how they process discrepant information against their belief systems. People tend to believe what they have already believed. In other words, Chinese disinformation delivered to the Taiwanese would most likely sway only the undecided Taiwanese voters, not voters who had already determined who they would vote for. Most importantly, Taiwanese are also influenced by true information at the same time because of the openness and diversity of Taiwanese society. In this sense, there could be a considerable number of pro-DPP voters that changed their political loyalty to the DPP in this election, due to other reasons. One strong alternative theory explaining the poor performance of the DDP in the election is that the DPP, in some aspects, disavowed the values and issues it had long upheld when it was an opposition party from 2008–2016, such as Taiwanese identity, labour rights, nuclear energy, or same-sex marriage. This theory is further supported by the empirical evidence from this election. The vote proportion in favour of the DDP in Kaohsiung City has never been lower than 44% in the past two decades, but this time, it was. The same situation occurred in Tainan City, where only 38% of voters were in favour of the DDP.

Taiwan is not the only country that has suffered election meddling from China. Countries around the world like the US, New Zealand, Australia and even Cambodia have all experienced different levels of meddling by China in their elections. In terms of the result, it would be fair to say China’s meddling via online discourse warfare in the Taiwan election in 2018 was quite successful. The Taiwanese government does not yet have effective measures to counter this meddling. However, this success does not necessarily mean that the intervention of China delivered the victory to the KMT.

Yu-Hua Chen is a PhD candidate at the School of Culture, History, and Language at the Australian National University. Image credit: CC by World’s Direction/Flickr.