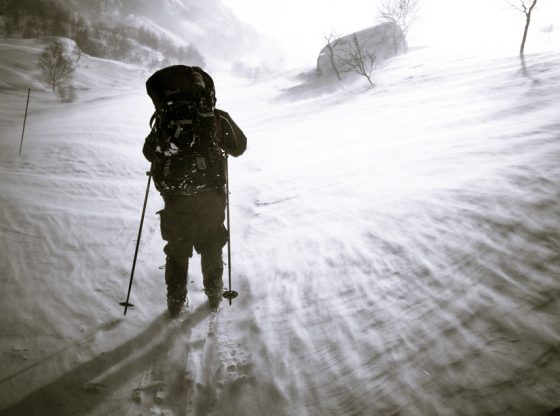 More noteworthy, perhaps, is the newfound friendship forming on the ski slopes. As China aims to improve the scoreboard from Pyeongchang in the upcoming 2022 Winter Olympics, Beijing is looking to Norway for expertise on how to quickly grow a generation of Chinese winter sports gold medallists. Some see these bonds as a positive consolidation of warming Sino-Norwegian friendship. Critics, however, worry that Norway might be giving up too much in its attempts to placate Beijing – such as forfeiting its winter sports advantage as well as ditching its once steadfast defence of human rights.

Within the space of two years, the two nations have re-animated relations. Norwegian Prime Minister Erna Solberg visited China with a record 230-person delegation in April 2017, inking six government-level agreements and sparking the resumption of free-trade negotiations and cooperation on health, science and sports. That included the Memorandum for the joint development of winter sports, where Norway pledged to assist Beijing in the run-up to 2022.

China lifted the 2015 ban on salmon from three of Norway’s northern counties in July this year, causing a tripling of sales and allowing Norway to return to the throne as China’s largest supplier of the fish. Bilateral agreements have since been signed on renewable energy, low-carbon-emission technology, polar, marine and maritime research, as well as food safety.

Norway’s King Harald, Foreign Minister Ine Eriksen Søreide and Minister of Trade and Industry Torbjørn Røe Isaksen met with Chinese President Xi Jinping in October 2018. It was the first Norwegian state visit to China in 21 years and comprised a record-breaking delegation representing 310 entities. The trip secured 24 further business deals, such as the planned opening of a direct flight route between Oslo and Beijing next spring. Attending a roller ski event, King Harald reiterated the potential of the two countries’ Olympic partnership.

China aims to win big at the 2022 Winter Olympics. The games will offer a chance to rectify disappointing results from this year’s Olympics in South Korea, while also providing an opportunity for national glory, with the Games being held on home turf. Xi Jinping has ambitiously pledged to breed 300 million active winter sports enthusiasts by 2022 – a large jump up from 15 million currently. As a result, primary and secondary schools are urged to include winter sports in the curriculum.

The country has long excelled in the Summer Olympic Games – especially in the fields of table tennis, gymnastics and diving – but lacks a winter sports tradition to match its ambitions. Norway, meanwhile, outclassed the competition in Pyeongchang, raking in 39 medals and drawing headlines worldwide.

Fittingly then, Norway and China signed a joint Action Plan this year, detailing exchanges on winter sports, anti-doping and sports research. The plan will lead to the exchange of athletes, coaches and technical experts in cross-country skiing, ski jumping, biathlon and Nordic combined over the next four years. In addition, the two nations have agreed to cooperate on environmental snow creation.

While China might benefit from the initiative, Norway’s advantages are less clear-cut. Norway’s success in creating an army of 300 million Chinese skiers might be to the detriment of its own future medal prospects. Meanwhile, while the anti-doping initiative is commendable, it is natural to be somewhat sceptical of the motives. Credible claims have been made that the Chinese Communist Party (CCP) facilitated state-sponsored doping in the 1980s and ‘90s, and even in recent years Chinese swimming has been scarred by doping scandals and allegations of cover ups.

Critics argue that improved ties have come at a high cost. The joint declaration from December 2016 went a long way in convincing Beijing to reopen communication with Norway, turning China’s cold shoulder into the current warm embrace. The declaration went too far, however, argued critics, viewing the statement as just short of an apology by the Norwegian government for a prize awarded by an independent institution – a kow-tow, even, by the once strong defender of human rights.

The statement read: ‘The Norwegian Government reiterates its commitment to the one-China policy, fully respects China’s sovereignty and territorial integrity, attaches high importance to China’s core interests and major concerns, will not support actions that undermine them, and will do its best to avoid any future damage to the bilateral relations.’

‘Core interests’ have long meant sovereignty over regions such as Tibet, Xinjiang and Taiwan. The definition appears to be changing, however, and has recently been expanded to include other issues deemed non-negotiable by the CCP. Professor Stein Ringen of the University of Oxford told the newspaper Aftenposten in 2016 that the statement contained an unusual acceptance by Norway of China’s claims in the South China Sea.

Some observers believe China’s desire to mend ties with Norway was fuelled by the need to regain international legitimacy after the South China Sea controversy and the crushing defeat at the Hague tribunal.

China’s ambitions in the Arctic region, which constitutes a core part of the blueprint for China’s Belt and Road Initiative (BRI) – a section dubbed the Polar Silk Road – likely also played a role. China eyes a seat at the Arctic Council, to which Norway controls access. Norway could have wielded this power during the diplomatic crisis, but now defends China’s wish to join the Council as an observer.

When Lu Xiaobo died from liver cancer in July 2017, China was shelled with criticism globally. Norwegian Prime Minister Solberg’s statement, in comparison, was short and restrained, signalling to China that Norway was committed to prioritising warmer business relations over human rights.

Appeasement has brought Norway in out of the cold. By pedalling back on politics, Norway has won business connections and regained access to the world’s largest market. What Norway gets from its winter sports partnership is more unclear. But what is lost, without any doubt, is Norway’s hard-earned reputation as a defender of human rights. For that, Norway deserves no medal.

Colin Peebles Christensen is a British-Norwegian journalist with a degree in Chinese Studies from SOAS. He writes about politics and economics, most often with an eye on China. Image Credit: CC Yodod.