Home /Elections, Taiwan/Some Early Thoughts on the Taiwan 2018 Elections and Referendums in an International Context- Part One 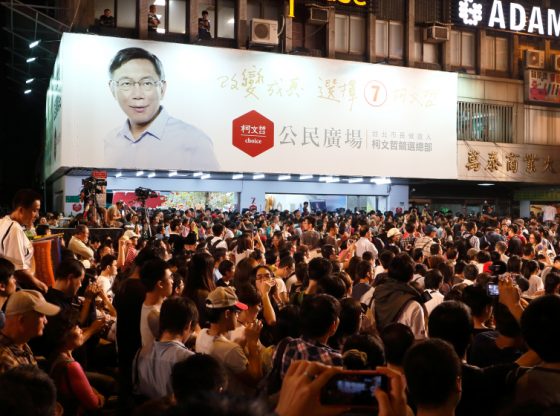 The academic commentaries now hitting the scene in the Taiwanese newspapers and social media tend to be either rather extreme, or far too general and light-fingered to stand the many tests of time. There might be exceptions, but below is an attempt to run some of the results through a comparative lens in order to find some order in the complex results of the elections and referendums.

Will a new generation of voters who are now glued to internet forums change the old political mobilization machine?

On the international democracies scene at present there is little formal, national-based evidence concerning public attitudes to gay marriage, which is itself a vital element in how we might measure a nation’s attitudes towards gay, bi-sexual, and trans-sexual people. The assumption in the UK, US and much of Europe, certainly seems to be that the populations at large are liberal in their attitudes as they become more informed, alert to and sympathetic to the complex issues concerned. For Taiwan, a poll conducted by Taiwan Public Opinion Foundation in 2016 showed 46% for and 45% against gay marriage. In 2017, the poll released by China Times showed a decrease of supporters (38% for and 49% against the gay marriage). However, in our November referendum, the votes for the anti-gay question (‘marriage is between a man and a woman’) gained 69% of voters’ approval. Only 30% of voters said yes in supporting same-sex marriage.

How do we explain this gradual change of attitude toward what seems to be a progressive social policy in other democratic societies? A general thesis would be that the perceived underlying socio-economic failures of the DPP have created an antagonistic environment in which all ‘liberal’ tendencies are questioned by large numbers of fairly middling voters. Social issues become partisan politics. Alongside gay rights we could expect the newly or more clearly voiced antitheses to clean energy policy, fair labour laws, greater environmental protection and broader definitions of what that entails; and as we will see below this can be extended to the identity politics involved in the China issue. DPPs failure in the broader socio-economy has served to spoil the atmosphere for liberal reforms. Could this be next demonstrated in the US and UK? Two major democracies about to face electorates, the first boasting economic growth and improved employment, the second now inside a disaster zone of Brexit politics and facing lower growth for some time – will liberal policy in fact survive Trumpian rhetoric for some time yet, whilst economic disaster moves against liberal policy making under Labour or the Tories?

For the KMT Ma gained 58.45% of votes in the 2008 presidential election. His first midterm election in 2010 showed a drastic fall (KMT 44.54% of votes). For the DPP Tsai had 56.12% of votes in 2016 and now the DPP’s votes have fallen to 39.16%. Ma and his political party’s approval rate fell 13.91% and Tsai’s fell 16.96%. A brave thesis is that an ageing process has ensured that Taiwan’s voters now get tired of their favourite politicians more quickly than ever before. In Taiwan, decision makers are now around their 60s and 70s. Tsai is 62, Ma is 68, the KMT Chairman is 70, the KMT candidate in Taipei is 64, the DPP’s candidate in New Taipei is 71, even the new super-star, seemingly energetic mayor elected for Kaohsiung is also 61. In fast-changing environs, old politicians on fixed trajectories tend to promise too much and aim too high. Thus, disappointment soon arrives. The competitions of election promises are creating a vicious cycle of high expectations. There is little time in which to adjust to them or carry them into policy, in a world with quick undigested social-media gossip systems, there is thus a speedy loss of favour. Maybe the election cycles should be extended? The same is happening in most democracies (France was an exception but in very poor circumstances and hard to emulate), so we might expect increasingly hectic electoral politics with more and more political activity sitting outside of major parties and their institutions. Furthermore, Taiwan was in the lead with the Sunflower and subsequent youth-led movements.

Because of the vicious cycle just discussed, voters began to put their hopes into a third party (the sum of third, fourth, fifth…). The rise of the Taipei Mayor is the most prominent example. Ke gained 57.16% of votes in 2014 beating the KMT who controlled Taipei City Hall for 16 years. In 2018, Ke has again won the seat beating both KMT and the DPP. Adding up the DDP votes (those supposed to be indirectly Ke’s), his votes actually reached a high 59.18%. Now it looks like he only won by 3000 votes, but the reality of voting did not show, as people who vote for Ke would never vote for the KMT. If there was no DPP candidate then Ke’s achievement would have loomed far greater. In 2018, DPP can not be happy with the Ke phenomenon, and Tsai is afraid that Ke will run against her in 2020.

Many observers believe that Ke would definitely join the next Presidential Election. But, according to the prevailing international experience (Macron in France, Liberal Democrats in UK, and assuming Trump is not a real Republican!), the third party is always a temporary scenario. Will there be fundamental restructuring of the political landscape in Taiwan? Will new political super stars such as Ke and Han (Mayor elect of Kaohsiung) replace the old party system? Will a new generation of voters who are now glued to internet forums change the old political mobilization machine?

Ian Inkster is an FRHS, a  Professorial Research Associate Centre of Taiwan Studies, SOAS, London; a Senior Fellow at the Taiwan Studies Programme and editor of History of Technology (London) since 2001. Mark Wenyi Lai is an Associate Professor, Department of International Affairs, Wenzao Ursuline University of Languages, Taiwan. Victoria Hsin-hsin Chang is a graduate of foreign languages in Taiwan, and of sociology and international politics in the UK. She works as a media editor and translator in Taiwan. Image credit: CC by MiNe/Flickr.