China’s emergence as a peacebuilding actor: From ‘peaceful development’ to ‘developmental peace’? 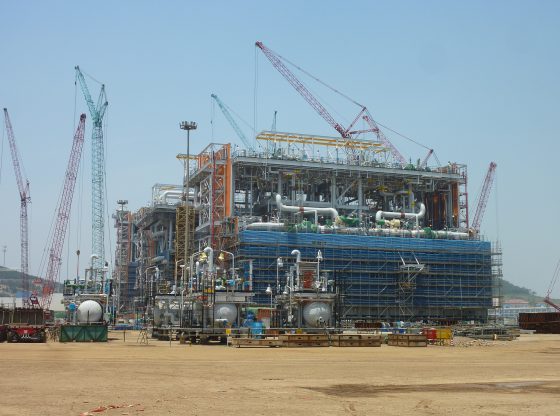 China’s increasing engagement with conflict and post-conflict societies has already attracted significant attention from international observers, particularly after it emerged as a major contributor to peacekeeping missions in the first decade of the new millennium (covered, for example, in a report by Saferworld  and a special issue of International Peacekeeping).

One of the earliest patterns established by Chinese deployments to UN Peacekeeping Operations (PKOs) – most of which have occurred in Africa – has been a focus on technical assistance, construction work and the provision of social services over combat roles. More recently, China has also dramatically expanded its economic investments in many of the same countries, mainly as a result of its ever-growing appetite for natural resources and its global ‘Belt and Road Initiative’ (BRI). However, Chinese involvement in peacebuilding and post-conflict reconstruction remains a relatively underexplored subject.

This may be due to a number of factors that seemingly make China an unlikely candidate for such a role. First, discussions of peacebuilding at the international level have often revolved around the ideal of the ‘liberal peace’, which holds that stability requires inclusive political systems: an idea that is obviously at odds with China’s own system of governance. Second, official Chinese statements at the UN have consistently stressed the need for local ownership and leadership, naturally leading to a relatively low profile and precluding an assertive advertising of China’s own approach to the task. Third, a belief in the inviolability of national sovereignty and non-interference in domestic political issues encapsulates the most fundamental norms of Chinese diplomacy, yet peacebuilding often requires deep engagement with political actors at the sub-national level and involves creating alternative sources of authority.

However, despite these limitations, I argue that China is poised to emerge as a major actor in peacebuilding even in the absence of a conscious drive to do so, for the simple reason that the sum of its political and economic activities in post-conflict societies will give it both a major stake in the stabilisation of these countries and the necessary means to play a leading role. The dynamics set off by China’s deepening engagement, particularly in African countries, are likely to exert a further pull and will make it necessary for China to come to terms quickly with its new role. Additionally, the BRI has further stoked Chinese ambitions to demonstrate how its own rise can transform other societies for the better. This has imbued related projects with a symbolic value that exceeds their pure economic utility and will make it even more imperative to show their positive impact.

Accordingly, some Chinese academics have floated the idea of a ‘developmental peace’ that can be seen as a competing model to the ‘liberal peace’ usually favoured by Western actors. While still relatively underdeveloped and not yet translated into official policy, the compelling idea behind this approach is that the answer to post-conflict stabilisation may be found in China’s own historical experience, based on the following premises: 1) state-led development and the provision of economic opportunities should take precedence over political reforms; 2) the stability and power of governing institutions is more important for this task than their inclusiveness; and 3) technical aid and investment by external actors should be provided without political strings attached.

If a post-conflict society experiences stable economic growth, the theory goes, the benefits will ultimately be disseminated to all parties and consequently increase their stake in social stability, thus avoiding a reopening of hostilities. Proponents of this approach stress not just its practical utility, but also its value for Chinese norm entrepreneurship, thus designating peacebuilding as another area in which China should actively assert its own values and methods.

It should be pointed out that this model has neither been officially adopted by the Chinese government, nor is it without its critics, even in China. However, the crucial point is that many Chinese initiatives across the fields of peacekeeping, conflict mediation and infrastructure construction arguably already point in this direction, and may ultimately converge in such a model.

Consider the impact of China’s high-profile BRI, whose project selection has been marked by very high-risk tolerance and thus has seen billions of public and private capital pour into conflict and post-conflict societies like Pakistan, South Sudan or Sri Lanka. Since infrastructure investments take a long time to amortise, Chinese investors will have a massive stake in the long-term stability of these countries and this will oblige the Chinese government to safeguard its interests through conflict mediation measures. This will in turn engage China more deeply in conflict-prone environments like the Middle East, and serve as a test case for whether peace and reconciliation can really spring from new economic opportunities.

As we discussed at a recent workshop in Vienna co-organised by Saferworld and the Austrian Study Centre for Peace and Conflict Resolution (ASPR), the peace and security implications of the BRI are multidimensional and hard to grasp, especially in highly complex post-conflict environments where the influx of new resources and their uneven distribution to local groups may actually exacerbate existing hostilities.

As Chinese sources point out, the sheer scope of such initiatives and the broad range of Chinese actors involved in them – including different government ministries, private business actors and the People’s Liberation Army (PLA), each with their own interests – mean that so far high-level coordination has been elusive. Despite this, China’s rapidly expanding footprint in countries like Afghanistan has led to expectations that it will engage more deeply with local peace processes and become a crucial actor in conflict management. In the manner of a self-fulfilling prophecy, this belief already both affords China an outsized influence in these processes and creates additional pressure to use it constructively.

The question is how this influence will play out in the future: will the diverse strands of Chinese influence on post-conflict societies ultimately be bundled into a specific model and presented as a comprehensive challenge to liberal approaches, or will they instead amount to a kind of ‘accidental peacebuilding’, as the various actors involved grapple with the link between security and developmental needs and devise ad-hoc measures? It might be possible to identify early signs of the former if the concept of a ‘developmental peace’ gains wider traction in Chinese policy debates.

Either way, the role of China as a peacebuilding actor deserves far more critical recognition than its relatively low profile in the UN’s Peacebuilding Commission (PBC) and current debates would suggest. International observers and peacebuilding actors –  especially those whose own operations may either complement or compete with Chinese activities – should therefore focus on doing the following:

Pascal Abb is a senior researcher at the Austrian Study Centre for Peace and Conflict Resolution (ASPR). He is a member of the Regional Powers Network that studies the effects of ongoing power shifts in different world regions. His research focuses on the international relations of East Asia, Chinese foreign policy and the role of experts in policymaking. He recently published a summary of China’s peacebuilding activities and their normative underpinnings as an ASPR Policy Brief. Image Credit: CC by Antoine 49/Flickr.