Plus ça change: Reflections 40 years after the fall of the Khmer Rouge 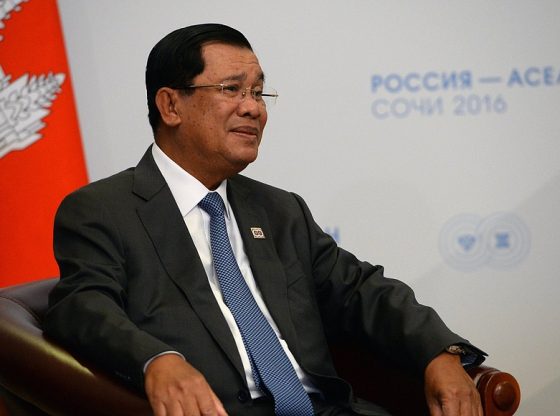 In March 1970 Prince Norodom Sihanouk, Cambodia’s head of state and former king, was driven from power in a bloodless pro-American coup. The Prince, who was travelling overseas, took up residence in China, where he welcomed promises from the Khmer Rouge, China and North Vietnam to liberate Cambodia on his behalf.

Power in Cambodia has always been a zero sum game.

Shortly afterwards, those working for the new Cambodian regime fanned out across the country to explain the rationale for the coup and the policies of the new government. One theme they stressed was that by allowing the Vietnamese Communists to station troops on Cambodian soil, long before the coup, Sihanouk had sold the country to Vietnam, Cambodia’s traditional enemy.

One afternoon a pair of Cambodian journalists approached an old lady selling dried fish beside the river in Phnom Penh. They explained what had happened and accused the Prince of selling the country.

The old lady was undisturbed. ‘The country belongs to him’, she said. ‘He can do what he wants with it’.

Without knowing it, the old lady had described Cambodian rulers throughout the ages, from pre-Angkorian kings to the country’s current Prime Minister Hun Sen. The collective, semi-concealed leadership of Democratic Kampuchea (DK: 1975–1979) seemed to be an innovative exception to the rule. In many ways, however, DK’s governance was playing out true to form.

Sihanouk himself might well have agreed with the old lady’s assessment. In his 1960s heyday he perceived himself as the proprietor, progenitor and embodiment of the kingdom. In those days foreign journalists, echoing the local French-language press and the Prince’s fawning entourage, often wrote ‘Cambodia IS Sihanouk’. Anyone who wrote otherwise was refused an entry visa.

Many Cambodians at the time probably believed – without thinking about it very much – that the identities of Cambodia and Sihanouk did overlap. They believed that the kingdom’s rulers had a time-honoured right to behave as they saw fit vis-à-vis their subjects who lay metaphorically at their feet. After all, the Cambodian term for ‘rule’ also means ‘consume’. For over a millennium, a period for which we have substantial written records, Cambodian rulers have been accountable to no one. They could only be removed if they were assassinated or deposed. Strong kings got rid of their enemies. Weaker ones lived in fear.

At no point in Cambodian history has the phrase ‘loyal opposition’ made sense to anybody. Moreover, no ruler or ruling party has ever been removed from power in Cambodia through a national election.

Had the old lady known any Western jargon she might have said that power in Cambodia has always been a zero sum game.

In the late 1960s, as the kingdom was being drawn inexorably into the Vietnam War and as its economy faltered, Sihanouk’s behaviour grew increasingly erratic. Many Cambodians became impatient with Sihanouk’s narcissistic style and were nervous about the future. What some elderly Cambodians now refer to as a ‘golden age’ was coming to an end.

Sihanouk had always treated the National Assembly with disdain and in March 1970 it briskly voted him out of office as head of state.

The coup was popular at the time, but it was very poorly thought out. Almost immediately the new regime, calling itself the Khmer Republic, was plunged into an unwinnable war, first against the North Vietnamese forces stationed inside the country, and after 1972, when the Vietnamese withdrew, against the battle-hardened Khmer Rouge.

By 1973 the Khmer Republic had lost control of three quarters of Cambodia’s territory. US carpet bombing of the approaches to Phnom Penh, halted by the American Congress in September 1973, postponed the victory of the Khmer Rouge for eighteen months but did nothing to strengthen the Khmer Republic.

On 17 April 1975 Khmer Rouge forces converged on Phnom Penh. Almost immediately they forced the city’s two million inhabitants into the countryside.  Over the next few weeks the semi-concealed collective leadership, inspired by extremists in Maoist China, did away with money, markets, freedom of movement, private property and religious practices. Other decisions stigmatised former urban dwellers, broke up families and set everyone to work on daunting, Utopian and often poorly managed agricultural and hydraulic projects.

By the end of 1978, the headlong, ineptly administered policies of DK had led to the unexpected (and officially unregretted) deaths of almost two million men, women and children, who succumbed to overwork, malnutrition and untreated illness. At least 200,000 were summarily executed as ‘enemies of the state’.

In 1978, DK’s leaders embarked on a ruinous war with Vietnam that was impossible for them to win. In December 1978 the Vietnamese forces mounted a sustained offensive and Cambodia broke open like an egg. DK’s leaders and the remnants of their defeated army straggled westward and found refuge and support in Thailand.

The new Vietnamese-sponsored regime in Phnom Penh, calling itself the People’s Republic of Kampuchea (PRK), acted swiftly to pull Cambodia back from the edge of an abyss. The PRK reintroduced money, markets, private property, freedom of movement and limited religious activity. They allowed people back into Phnom Penh, and permitted tens of thousands to flee the country. The PRK, like Vietnam, was a socialist country ruled by a single party. Human rights were largely ignored and opposition was not tolerated. However, aided by its Vietnamese patrons, the PRK prevented the Khmer Rouge from regaining power, although it cost the Vietnamese over 30,000 lives after ten years of fighting along Cambodia’s western frontier.

In 1989 as the Cold War ended, Vietnam withdrew its troops from Cambodia. Two years later the international community, following protracted negotiations, agreed to impose a two-year United Nations (UN) protectorate on Cambodia that would remove the country from foreign patronage, open it up to foreign assistance, preside over the drafting of a constitution, and prepare for national elections. Sihanouk returned from exile and occupied a ceremonial position. He was reinstated as Cambodia’s king and head of state in 1993. Cambodia regained its pre-1970 name, the Kingdom of Cambodia, as well as its pre-1970 national anthem, which dated from 1944.

In the 1993 national elections sponsored by the UN, the Cambodian People’s Party (CPP), which had ruled the country since 1979, lost to the Front uni national pour un Cambodge indépendant, neutre, pacifique et coopératif (FUNCINPEC; in English: the National United Front for an Independent, Neutral, Peaceful and Cooperative Cambodia), a royalist political faction sponsored by Prince Sihanouk. However, Hun Sen, the CPP’s leader, refused to accept the results and forced FUNCINPEC into an unstable coalition. The royalists were later pushed aside in a bloody coup de force engineered by the CPP in 1997. The CPP and Hun Sen have dominated Cambodian politics ever since.

After becoming Prime Minister of the PRK in 1984, Hun Sen consolidated and expanded his personal and institutional power. In the last few years, after smashing other political parties, he has taken complete command of the kingdom. Whether he feels he owns the country or not, he certainly perceives himself and Cambodia – just as former kings have done – to be one and the same. Thus the current political regime fits neatly into the old lady’s perception of Cambodian governance, which has been in force, with brief interruptions, for over a thousand years.

Forty years of higher education research in China
The long read: Accounting for and accounting in the Cambodian genocide