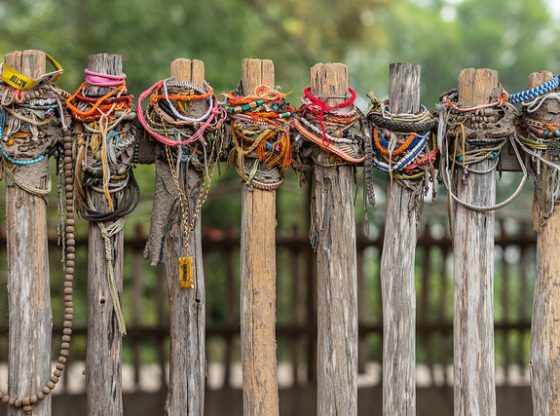 On 16 November 2018, the Extraordinary Chambers in the Courts of Cambodia (ECCC), commonly known as the Khmer Rouge Tribunal (KRT), delivered its judgement in the highly significant Case 002/02 against the two most senior remaining leaders of the Khmer Rouge, Khieu Samphan and Nuon Chea. The ruling convicted the two former leaders to life imprisonment for crimes of genocide against the Cham Muslims and Vietnamese, war crimes, and crimes against humanity.

Whilst the verdict most likely marks the end of the ECCC proceedings, the effects of the Khmer Rouge (KR) regime – which lasted from 1975 to 1979, during which time Cambodia was renamed Democratic Kampuchea (DK) – still linger within Cambodian society today. A variety of initiatives continue to be undertaken to help Cambodians confront the trauma of the past.

Genocide education must effectively acknowledge an understanding of the local context in order to enhance its potential for fostering peace and reconciliation.

Beyond the work of the ECCC, memorialisation and genocide education have emerged as significant transitional justice mechanisms in post-genocide Cambodia. Through these mechanisms, local civic organisations such as the Documentation Center of Cambodia (DC-Cam), a non-governmental organisation (NGO) tasked with the documentation and historical preservation of the atrocities of the Khmer Rouge regime, have been working diligently with local communities and national groups to bring peace, justice and reconciliation to the society at large.

Memorials and memorialisation are essential to the process of constructing collective memory. While collective memory of the Democratic Kampuchea period favoured the perspective of state politics, the documentation and memorialisation efforts of local NGOs have begun to provide new insights into the ways in which narratives of the past are viewed. To this end, civic organisations have often assisted local communities in navigating the way through to constructing alternative narratives and finding expressions of their traumatic experiences in public spaces.

This is not to suggest that there are clear divisions between personal and national narratives in Cambodia, because in many cases, personal memories of the DK regime often coincide with the dominant narrative constructed by the government. Over the years, the construction of narratives through memorialisation has been diverse, reflecting the complexity of Cambodian politics and society.

Commemorative practices such as Liberation Day (7 January), or Remembrance Day (20 May, previously known as the Day of Anger) have evolved into critical measures which allow Cambodian society to confront its past. Although these commemorative days have often been plagued by criticism and controversy over their interpretation, preserving the custom of remembrance is essential for the construction of collective narratives and social reconstruction.

In the period of the People’s Republic of Kampuchea (PRK), which replaced Democratic Kampuchea, national narratives about the DK regime were widely represented in practices of commemoration and utilised as a strategy to support the state’s political agenda and provide legitimacy. Politicians interpret commemoration days to coincide with their particular political perspective. For example, the PRK regime considered 7 January as representing its victory over the DK regime and the country’s liberation from the Khmer Rouge, while critics, on the other hand, contend the day represents the country’s invasion and occupation by the Vietnamese.

Furthermore, national narratives constructed around these commemorative events were originally intended to condemn KR atrocities and promote anger towards the Khmer Rouge. In Tbong Khmum province, a KR survivor comments on the drastic changes that have taken place over the years he has been participating in the 20 May commemorative event. He describes how the commemorative practices in the 1980s were strongly driven by the state political agenda and intended to provoke vengeance and anger towards the KR. For example, they used to construct a Khmer Rouge effigy to be set alight at the celebration. Burning the thatch representation of the Khmer Rouge and its members was a way for survivors to express hatred and anger towards the KR as well as to relieve the sufferings they had endured under the DK regime. At that time, 20 May was called the Day of Anger.

Over the past few decades, the commemorative practices have evolved and 20 May has subsequently been renamed the Day of Remembrance. Today, Cambodia has established the day as a national memorial day to memorialise victims of the KR regime. Rather than expressing anger, people are encouraged to gather at significant sites such as former KR prisons, mass graves or Buddhist pagodas to hold religious ceremonies honouring the victims of the Khmer Rouge. Narratives on peace and development have come to replace the emphasis on condemnation of KR atrocities. This raises the importance of the role of politics in the construction of KR narratives as well as the importance of promoting deeper understanding of such historical events.

Education is also a crucial element for the preservation of survivors’ memories, the remembrance of victims who perished under the DK regime, and for a critical understanding of the past. Genocide education in Cambodia provides a necessary complement to the ECCC, acknowledging the suffering of victims, fostering critical thinking, and hopefully preventing a reoccurrence of the tragedy.

An important stepping stone to the establishment of genocide education in Cambodia was the reintegration of DK history into the high school curriculum. Teachers stress the importance of teaching KR history in order to prevent a future mass atrocity, as well as to promote forgiveness and reconciliation. A Khmer literature teacher from Kampong Chhnang, who is also a national trainer for the Genocide Education Project (an initiative of DC-Cam in collaboration with the Cambodian Ministry of Education, Youth and Sports), emphasises the importance of teaching Khmer Rouge history to today’s youth. He states that developing history content devoid of a political agenda or hatred will help to foster a culture of peace and promote development in Cambodia.

Sitting on a wooden bench behind her house in Anlong Veng, the final KR stronghold, the wife of a former Khmer Rouge cadre describes her experiences during the guerrilla war under the PRK against the Vietnamese army. Before fleeing into the jungle in the 1980s, she had worked in a mobile unit under the DK regime. Her narrative is indicative of the distinct experiences of former cadres and their families, who not only had to deal with the life and death situation following the DK era, but also their struggle to be recognised as members of society after their reintegration. When asked what she would like younger generations to learn from her past experiences, she said that education for young people should focus on the country’s need for peace and development.

Although Khmer Rouge history education represents a crucial step towards addressing the past beyond retributive justice, failing to recognise the complex reality of post-conflict Cambodia, including the diverse experiences of survivors and former KR cadres, could undermine the objectives of the education. Genocide education must effectively acknowledge an understanding of the local context in order to enhance its potential for fostering peace and reconciliation.

Cambodians, as well as the international community, applaud the legal verdict against the two most senior remaining KR leaders for crimes of genocide, war crimes, and crimes against humanity. However, the verdict does not signal an end to the need for Cambodians to continue to confront the country’s difficult past. Concerted efforts between the DC-Cam, the state and local communities to memorialise the past and preserve DK history for younger generations are a necessary complement to the retributive justice delivered at the ECCC. The task is critical as well as challenging, as it requires a deep and nuanced understanding of the complexity of the local historical landscape, which represents the reality of post-genocide Cambodia today.

Savina Sirik is a PhD candidate in Peace and Development Research at the School of Global Studies, University of Gothenburg, Sweden. Her research explores the role of memorials and memorialisation in constructing narratives of the past in post-genocide Cambodia. She is the author of the monograph Everyday Experiences of Genocide Survivors in Landscapes of Violence in Cambodia (DC-Cam, 2016). Image Credit: CC Mary Newcombe/Flickr.

The Royal Ballet of Cambodia: From ritual to a national identity
A new history for old crimes: Sexual violence during the Khmer Rouge regime