A fraught and frightening future? Southeast Asia under the shadow of Trump’s America and Xi’s China 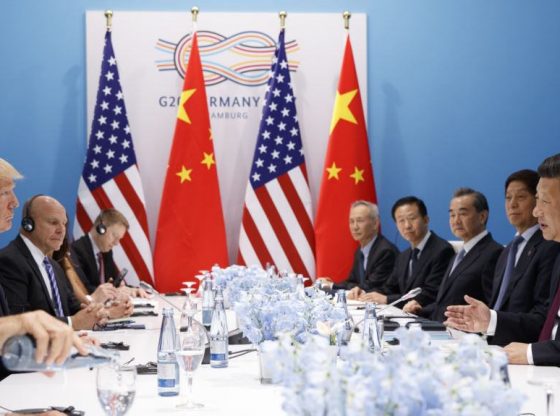 If the tumult from last November’s APEC Summit in Papua New Guinea is any indication, then Southeast Asia seems set to be buffeted by the playing out of tensions between the US and the People’s Republic of China (PRC). Both the Trump administration and Xi Jinping’s Chinese Communist Party (CCP) government appear insistent on their divergent visions, be they strategic, economic, institutional or political.

This new reality places Southeast Asia on the fault line of increasingly opposed American and Chinese interests. Complicating matters is the fact that Southeast Asia is particularly ill-equipped to deal with the challenges and consequences of Sino-American differences and tensions at present. As a result, there is little to contain the growing competitive impulses of the Trump and Xi administrations in Southeast Asia and the negative effects that will follow.

One reason Southeast Asia is likely to become an arena for increased US-China friction comes from the fact that it is an area where an increasingly powerful and dominant China is developing primacy. Not only does the region physically border the PRC, but China’s most efficient trade routes to and from South Asia, Africa, the Middle East and Europe pass through the Malacca Strait and the South China Sea. Disruption of such traffic will prove economically costly to Beijing, especially if there are impediments to the PRC importing energy.

Moreover, the ability to veto access to the South China Sea can help Beijing to defend its coast better, as far as the so-called ‘First Island Chain’, securing passage to the Pacific Ocean for its ballistic missile submarines. Pre-eminence in Southeast Asia also permits Beijing to put pressure on Taiwan and key American allies such as Japan and South Korea, given the importance of the South China Sea to their economies.

Beijing’s emphasis on investment through Xi Jinping’s signature ‘Belt and Road Initiative’ (BRI) is a means for the PRC to consolidate its leading position in Southeast Asia. BRI projects build on China’s role as Southeast Asia’s top trading partner by tying key infrastructure development in the region to the PRC, and potentially also opening up participant Southeast Asian countries to Beijing’s political sway through indebtedness.

However, these dynamics can create serious domestic problems for Southeast Asian states. For example, the defeat in 2018 of the long-ruling Barisan Nasional (National Front) coalition in Malaysia and subsequent indictment of former Prime Minister Najib Razak came amid allegations of corruption tied to BRI projects. PRC interference related to BRI investments has also become a cause for concern in Thailand, Myanmar and Indonesia. These developments come on top of Beijing’s continued fortification of the artificial islands which it reclaimed in the South China Sea to bolster territorial claims that appear inconsistent with international law.

Like China, the United States has long-standing interests in Southeast Asia. Through its companies, the United States remains one of the top foreign investors in the region and one of the region’s largest trading partners. The economic picture is unsurprising, since countries across Southeast Asia form an important part of the global supply chain for many major US firms.

As already noted, unimpeded access through the South China Sea and Malacca Strait is strategically and economically significant to important US allies and friends in Northeast Asia, as their economies rely on maritime trade and energy imports. These sea lanes and partnerships, along with access to port facilities in Singapore, further enable US forces to operate more easily from the Pacific to the Indian Ocean, South Asia and the Persian Gulf, thus helping to underpin the Trump administration’s Indo-Pacific strategy.

For all the uncertainty associated with the Trump administration’s foreign policy, there is a clear bipartisan trend in the United States towards viewing China as an antagonist. The administration imposed tariffs on more than US $200 billion worth of PRC imports for alleged unfair trading practices, a move that triggered a trade war with China that could have serious negative short-term consequences for the United States and global economies. The US military persists in sailing in waters and flying in airspace in the South China Sea prohibited by Beijing, despite repeated attempts by China to challenge such action – including through risky manoeuvres by military vessels.

The United States and its allies also appear to be actively restricting usage of Chinese-manufactured communications equipment while bolstering security cooperation across Asia and trying to provide countries with economic alternatives to the BRI. None of these steps have met with meaningful public opposition within the United States and they have general support from the Democrats.

Incompatible Chinese and American interests and policies make Southeast Asia a space for contention for the two major powers. As Washington and Beijing seek political, economic and strategic advantages across Southeast Asia, they are likely to either establish formal arrangements or try to co-opt local elites that favour themselves. The other major power will almost certainly see such behaviour as directed against them and seek to reciprocate accordingly.

That there is distrust of both the Trump and Xi administrations across Southeast Asia further implies that understandings with Washington as well as Beijing are likely to be fluid and subject to change, depending on what each major power offers at a given moment. Such forces can invite a domestic political backlash and prompt upheaval around Southeast Asia.

Current conditions appear primed to intensify the competitive dynamics and sharpen the security dilemma between the United States and China in Southeast Asia. As Washington and Beijing contend with each other, the likely result is a Southeast Asia that is more tense and uncertain. A trade war between the US and the PRC and the inevitable global economic slowdown that will follow will add to the region’s woes, given its integration in globalised production networks dependent on American and Chinese markets and capital.

Given their smaller relative sizes and capabilities, the challenge of coordinating any form of collective action – even through ASEAN – and efforts by the major powers to play up existing fissures, there seems to be little that Southeast Asian governments can do to moderate the situation on their own. Perhaps all that is left is for Southeast Asian governments to prepare their citizens for the unpleasantness that the immediate future promises.

This opinion is the author’s own and does not reflect the position of the National University of Singapore, the Singapore Ministry of Education or the Singapore Government.

Ja Ian Chong is an Associate Professor at the Department of Political Science, National University of Singapore. Image credit: CC by 禁书 网/Flickr.

Human trafficking and the use of social media: Keeping up with the criminals
The ‘Enchanted’ Island: Religion, Secularisation and Modernity in Taiwan