The ‘Enchanted’ Island: Religion, Secularisation and Modernity in Taiwan 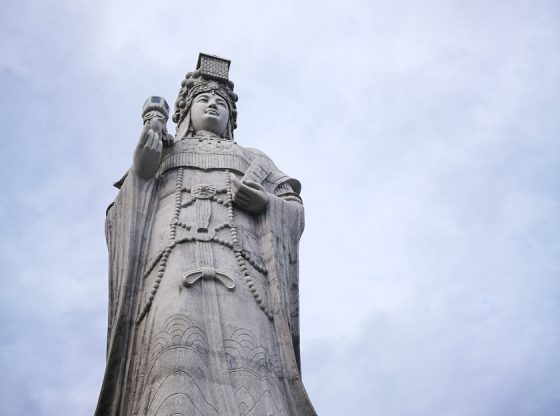 There was once a time when sociologists expected religion to decline, both as a social force, and as an object of individual belief, throughout the modern world. According to the theorist Max Weber (1864-1920), society would become increasingly ‘disenchanted’ under the conditions of modernity. As it developed over the years, secularisation theory indeed became a useful tool for investigating religiosity from a variety of angles. Yet, it also became clear that religion remains, and will remain, an important aspect of social life, even as society itself modernises.

We might conclude that religion and modernity have a more complex relationship than was once supposed. Indeed, the world remains marked by a growing religious diversity—a phenomenon that is aided by the increasing ease of international travel and the proliferation of electronic media. Meanwhile, modernity itself has provided a context for the development of new religious formations. And ‘traditional’ religions have engaged with various manifestations of modernity in critical, innovative ways.

Taiwan is a good case study for exploring the social reality of religion in the modern world. It presents a different set of circumstances to the primarily Western contexts in which secularisation theory was developed; perhaps the most important difference is that religion in Taiwan has not, traditionally speaking, been exclusivistic. While it is typically the case among followers of Abrahamic faiths that one maintains a single religious affiliation, among adherents of Chinese religion, this has not been the case. In fact, the category of ‘religion’ was unknown in Chinese before the early twentieth century; this means that Taiwan enables us to consider how religious fluidity functions in modern contexts.

At the same time, Taiwan is a religiously complex society—and while much attention has been paid to how religion interacts with different facets of modernity, it is also interesting to think about what it can teach us in terms of contemporary interfaith dynamics. While Buddhism and Daoism loom large on the island, it is also home to numerous other religions. Besides Protestantism and Catholicism, these include Yiguandao, while other smaller groups have significant memberships too. And while Taiwan shares many cultural similarities with China, it is a religiously free society, unlike its neighbour. Thus, religious activity, creativity and expression can unfold in an organic fashion.

If we cast our eye to Taiwan, then, what does it tell us? Last year, we saw a protest take place against measures to reduce the burning of incense—a key part of many religious practices on the island. While the government was unable to send an official delegation to a UN meeting in Bonn on climate change, it sent an unofficial delegation—the Buddhist philanthropic group Tzu Chi was also present on the side. The Mazu International Tourism Festival was held in Taizhong—Mazu being a key deity associated with the sea, originating in Fujian. And a new group, Rulaizong, attracted attention for its large public gatherings, and the lavish gifts bestowed on its founder, Miaochan.

Shifting our attention to 2018, we saw an agreement reached between Beijing and the Vatican on the selection of bishops in the PRC. This led some to wonder what the implications for the Holy See’s relationship with Taipei would be, at a time when it has been losing its diplomatic allies to China. Meanwhile, Taiwanese scientists attended a discussion on science and Buddhism with the Dalai Lama in India; he expressed hope that he could return to Taiwan for further dialogue. There was discussion of a draft basic religious act, which aimed at granting new powers to religious groups. And much attention was focused on November’s 9-in-1 public referendum, which included a number of questions related to same-sex marriage. While in 2017, the Judicial Yuan determined that this should be legalised by 2019, conservative Christians led a campaign against its legalisation. At the same time, other religious voices spoke out in support.

In the above snapshot from the last two years, then, we can observe a religious dimension to social issues in Taiwan and its place in the world. In a sense, all of them touch on an aspect of modernity—science, the nation, the environment, the decline of religious authority relative to secular institutions, the reassessment of values in light of non-religious philosophies or other religious perspectives. These are examples of older groups dealing with new issues, and new groups arising in response to perceived gaps in the religious market.

From these examples, thinking sociologically, we can see that religion continues to act as a touchstone on which social issues are discussed and debated. Thinking back to secularisation theory, it is apparent that rather than religion shrinking away and Taiwan becoming disenchanted, it remains just as ‘enchanted’ as ever. Religiously pluralistic and with a highly competitive and vibrant religious marketplace, the public interface with religion in all of its diversity is probably easier than at any point in history. One can easily turn on the television to access a variety of religious perspectives; watch or listen to religious sermons on the internet, through podcasts or on the radio; or read about them in books and magazines available at bookshops like Eslite.

For scholars and interested observers, then, Taiwan offers a good case-study for the interaction of religion with modernity. Of course, we can debate about what modernity itself might be and what it might include—whether it is singular or whether it’s an umbrella term for a multifaceted array of forms and interpretations. And, we can acknowledge the plurality of religious approaches to modernity, since ‘religion’ itself is a broad category, and one that is notoriously hard to define. But for those seeking to tackle these issues, despite all of their difficulties, Taiwan offers a rich field for exploration—one that can shed light on how we see them play out in other societies beyond Taiwan as well.

Scott Pacey is an assistant professor in the School of Sociology and Social Policy at the University of Nottingham.

A fraught and frightening future? Southeast Asia under the shadow of Trump’s America and Xi’s China
The Huawei detention: Who’s intervening now?