How People Choose Their Religions in Taiwan: The Characteristics of the Followers Within Weixin Shengjiao

Home /Asia/East Asia/Taiwan/How People Choose Their Religions in Taiwan: The Characteristics of the Followers Within Weixin Shengjiao 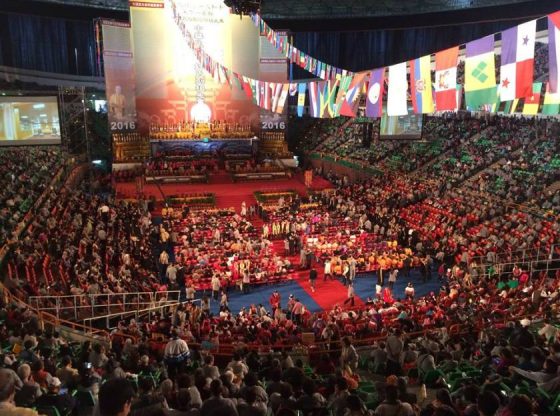 According to a 2014 report from the Pew Research Center, Taiwan ranks second-highest in religious diversity in the world. The many religious groups developing and coexisting in Taiwan, provide various teachings and practices that satisfy people with disparate religious needs. Under these circumstances, this article aims to find out the reason for people to choose Weixin Shengjiao (唯心聖教).

Since Chinese religion is an ethnic religion, the religion and society are inseparable. Therefore, the most common type of conversion in Taiwan is conversion to, with no lessening of previous modes of religiosity, which is very different from Pauline conversion in a western social context. Indeed, the characteristics of Chinese religion is polytheism and nonexclusive, so to believe in a new faith can be both an entire commitment, as well as a taking on rather than giving up of the previous faith. In addition, the action of believing in something could be a single act as well as a lifelong process of reformation.

Through in-depth interviews with twenty believers (varying from ‘ordinary believers’ to clergy), this article investigated their motivations for initially joining Weixin Shengjiao. The results show the characteristics of its followers, and demonstrate the features of Taiwanese faith culture.

The definition of joining Weixin Shengjiao in this article refers to those followers who, from knowing and meeting this religious group, began to learn the courses offered. This is due to all interviewees identifying themselves as a member of this religious group after they started to learn the doctrines in the course. Since there are several reasons for people to decide to join a group, I divided them into four types of major motivations including: problem-solving, learning doctrines, social networking, and personal religious experiences.

The type of followers that were motivated by problem-solving usually have two different kinds of problems. One refers to a problem that has a negative impact on their life, in which they have tried many different ways to solve the problem, with none effectively working. Thus, they come to find an effective way of problem solving in Weixin Shengjiao. The second kind of problem refers to people facing the uncertainty of future, where they seek advice to make a better decision. The decision usually would have a big impact on their future life, so they want to make a right choice. The third kind of motivation refers to learning doctrines. Followers believe that there are similarities between Weixin Shengjiao’s concepts with their original faith, so they wish to learn the doctrines from Weixin Shengjiao to make progress in their overall religious faith.

The third type of followers’ motivation for joining is based on social network, through previous ties, from professional or family relations, that may introduce the faith to them. Indeed, around these individuals there may be an affective bond formed with some of its followers, or there may already exist a connection with believers of Weixin Shengjiao. This type of follower is willing to try something new, something which is introduced by the people who they trust. This individual may also see joining as an opportunity to make new friends, and further build up their social network.

The last type of followers’ major motivation is personal religious experience, in which they may have been through a religious experience with deities or the charismatic leader, Grand Master Hun Yuan. Thus, they believed the fatal arrangement of the deities, and that to follow the deities’ will is better for their lives.

Therefore, the major reason for certain followers to finally join this religion is due to being convinced by the charismatic leader Grand Master Hun Yuan as possessing spiritual power, who, in certain cases, is perceived as being able to exert healing powers on followers. Thus, some followers may wish to stay in this group and work for the leader, in order to repay Grand Master Hun Yuan.

To sum up, there are multiple motivations for an individual to convert to Weixin Shengjiao, I divided them into four types by their major motivation, including problem-solving, learning doctrines, social networking, and personal religious experience. Therefore, the followers of Weixin Shengjiao are motivated to join this religious group not only because of Yi Ching and Feng shui, but because of sutra chanting, social networking, personal spiritual experience and so on.  In addition, I found that in the discourse of Weixin Shengjiao’s followers’ conversion, they also mention some opportunities provided by Weixin Shengjiao, such as: having access to many new courses, whether the classroom is close to their home, whether the registering fee is not expensive, etc… Therefore, without these practical reasons the conversion may not be as successful. In conclusion, this article demonstrates the nuance and complexity around the motivations for joining Weixin Shengjiao, and that this motivation is more complicated than just a simple belief in Yi Ching and Feng Shui.

Liu Hsiu Yi (Zoe) was a graduate student of religious studies at National Chengchi University, Taipei, Taiwan from 2015-2018. She is interested in the sociology of religion and new religions in Taiwan. Her thesis concerns “The Development of Indigenous New Religious Organizations in the Plural Religious Market – A study of Weixin Shengjiao.” She has attended and presented her research in several international conferences organized by CESNUR. Contact: zoe.liuhy@gmail.com

The Huawei detention: Who’s intervening now?
The new triangular relationship between the US, China and Latin America