The new triangular relationship between the US, China and Latin America 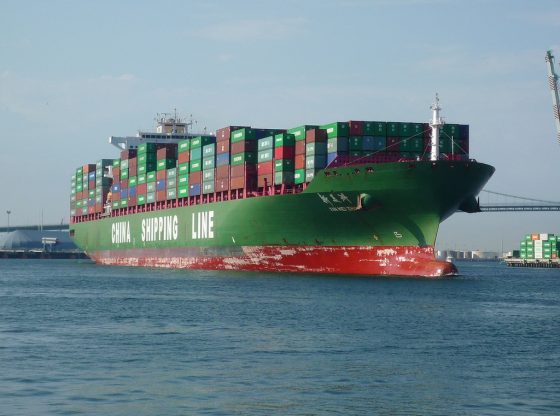 2018 will probably be remembered as the beginning of the ‘trade war’ between the Trump Administration and China involving steel, aluminium and specific tariffs on Chinese products, with similar retaliation by China, as well as the crisis in the bilateral relationship in the Asia-Pacific Economic Cooperation meeting, and the Trump Administration’s surprise announcement at the G20 meeting in Argentina to have a 90-day negotiation period before introducing new tariffs. These skirmishes have both short-term and structural causes, and the position of trade within this new triangular relationship is relevant.

In the short term, we will continue to witness different kinds of battles between the Trump Administration and China in the field of trade. The Harmonised Tariff System (HTS) has more than 17,000 products at the 10-digit level and hundreds of global value-added chains. Also, in relation to subsidies, patents and investments, the Trump Administration recently created the International Development Finance Corporation (IDFC) to invest in developing countries. Considering China´s increasing investment in developing countries, as well as the recently expanded powers of the Committee on Foreign Investment in the United States (CFIUS), it is very probable that Chinese investment in the US will be restricted.

As regards debates within the Trump Administration, Vice President Pence made explicit reference in his remarks at the Hudson Institute at the beginning of October 2018 to short-term difficulties with China, including issues such as trade, investment and infrastructure projects. In addition, he addressed structural matters, highlighting that ‘the Communist Party has set its sights on controlling 90 per cent of the world’s most advanced industries, including robotics, biotechnology and artificial intelligence’. Thus, although there are short-term issues to be considered under the heading of ‘trade war’, there are also ‘systemic’ issues between China and the US that will have to be resolved in the long run.

Trade with Latin America and the Caribbean (LAC) provides a good example for understanding these global contradictions and fields of competition. For example, since the late 1990s, trade between the US and LAC has been massively substituted by trade with China. Up until the end of the 1990s, US exports to LAC accounted for more than 53 per cent, but this has fallen to levels below 40 per cent since 2007. Meanwhile, Chinese trade with LAC has increased from levels below 2 per cent in the early 2000s to 14.08 per cent in 2017.

This substitution is particularly true in relation to LAC exports: US imports from the region have fallen from a level of 49.43 per cent in 1999 to 33.26 per cent, while those to China have increased from 1.90 per cent to 18.49 per cent. In other words, China has substantially replaced the United States as a trading partner for LAC, particularly in regard to imports.

These changes in trading patterns have substantially changed the relationship between LAC and China. More than 50 per cent of LAC´s imports from China in 2017 were concentrated in just two chapters of the Harmonised Tariff System (HTS): electronics and auto parts. These are the main chapters where imports from the US have been heavily replaced by imports from China over the last two decades.

Just as relevant is the composition of the trade between LAC and China. The medium- and high-level technological content of exports from LAC to China has never been above 10 per cent and was just 4.99 per cent in 2017.  This reflects that LAC exports to China represent products with little value-added such as soya, minerals, meat, oil, wood and gas, among others. Imports to LAC from China with a medium and high technological level, on the other hand, have not been below 60 per cent since 2006 and reached 62.61 per cent in 2017.

This is particularly true in regard to development issues, such as integrating new segments of value-added components or the quality of newly created employment. According to a recent study, Chinese employment created in Latin America and the Caribbean through trade via overseas foreign direct investment (FDI) and infrastructure projects accounted for the creation of around 2 million jobs during the period 2000–2017. There was also a substantial heterogeneity in the quality of these jobs, depending on the respective host country.

A number of consequences can be drawn from this analysis.

Firstly, US exports to the world, including to the LAC region, have lacked competitiveness, particularly vis-à-vis China’s increasingly value-added chains. This is specifically true for high-tech products such as electronics, auto parts and automobiles, among many others.

Secondly, the LAC region is a good representative case for understanding the state of competition between China and the US; so far, the US has been the main loser in this process in the region.

Thirdly, and based on the analysis of China undertaken by the Trump Administration, the US will substantially increase the implementation of policies against its rival, given its understanding of the systemic differences between the two countries; not only with regard to trade instruments, but also investments, patents and specific value-added chains. This could potentially also include macroeconomic instruments such as financing, exchange rates and the reserves of the People´s Bank of China.

Finally, trade integration throughout the LAC region – specifically in Central America, the Caribbean, the Southern Common Market (MERCOSUR) and NAFTA  – has decreased since the start of the twenty-first century as a result of China´s increased trading presence in the region. The respective national and regional institutions, whether public, private or academic, will have to understand China’s trading presence and take it much more seriously in future. As things stand, they have a long way to go.

How People Choose Their Religions in Taiwan: The Characteristics of the Followers Within Weixin Shengjiao
Chinese and American dreaming: The Road or The Wall?