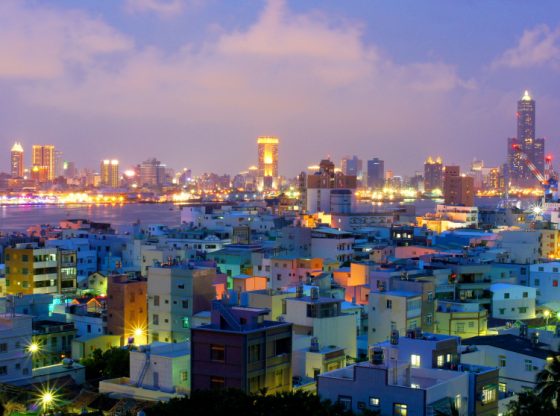 Taiwan had been able to achieve both growth and equality in the process of development until the 1980s. The statistics of household disposable income publicized by the government show that the highest 20% of households earned four times of the lowest 20% in the 1980s, but the ratio gradually increased to more than six times in the recent decade. Changes of Gini coefficients demonstrate the similar trend of growing inequality. It was below .30 in the 1980s, went up to .32 in the 1990s, and further increased over .33 for most years since 2001. As income distribution has been moving toward more unequal, external economic downturns further deteriorated equality in Taiwan. For example, the Gini coefficient was .35 (the highest since 1976) when the bubble of dotcom economy collapsed in the 2001 and .345 (the second highest) in the year 2009 affected by the global economic recession the year before.

The length of time needed to recover from the 2008 economic depression shows how inequality became more serious during economic downturns. Also, based on the previously-introduced governmental data, there is a negative relation between income levels and the length of time needed for recovery after the 2008 recession. It took about seven years (until 2014) for the poorest 20% quintile to return to their earlier income. The 2nd-lowest 20% of households and the middle-income quintile were able to recover five and six years later, respectively. It took an even shorter period (four years) for the next-to-highest 20% of households to get back to the pre-crisis level. Low income households experienced hardship in ordinary days and were more vulnerable during bad times.

A government report claims that Taiwan is not an M-shaped society and most households belong to the middle class. It is not quite an accurate statement. The figure in the report shows that the distribution of personal disposal income is skewed to the right and the peaks of distribution appear in the low-income section. More than half of Taiwanese households had annual disposable income of less than NTD 290,000 (USD 9,527 or GBP 7,403) and among them, some had no income at all. Also, the amount of income presented in the report does not control for inflation and thus over-estimates the purchasing power of the money possessed.

Regarding the issue of income inequality in Taiwan the question is less about a declining middle class than the existence of a large proportion of low-income households, which reveals the poor payment earned by many working people. The official statistics show that the nominal average monthly earnings are NTD 48,790 (USD 1,510 or GBP 1,114) in 2016, which was cited by governmental officials as an indicator of decent earnings for Taiwanese workers. The facts are: The nominal earnings do not represent the real earnings and the majority of workers earned below the average. Deflating by the consumer price index (2011), the real monthly earnings are NTD 46,424 (USD 1,436 or GBP 1,060), which is about NTD 2,300 (USD 73 or GBP 54) lower than the nominal value. And the median earnings were about NTD 40,000 (USD 1,238 or GBP 913) in 2016, which means that one half of those in employment earned less than NTD 40,000. The higher average earnings than the median meant that a few were paid much higher than the rank-and-file and lifted up the average value of the working population.

In fact, the average earnings reported above by DGBAS include employers, the self-employed and the employed in calculating monthly income. If considering only those being employed, the average earnings are even lower. Using the Taiwan Social Change Survey data and analysing earnings of the working class only, the author found that real median earnings were about NTD 31,560 (USD 989 or GBP 647) in 2015. Since the growth rate of real earnings lagged behind the inflation rate for the past decade, the real median earnings in 2015 are even lower than that in 2006 (NTD 35,000, USD 1,076, or GBP 584). In sum, a rather high proportion of the employed were concentrated in the low salary rank, well below the average earnings reported by the state.

Research shows that among factors influencing wages, the occupational hierarchy appears to be the most important factor controlling for other individual and structural factors for the past ten years. Skilled blue-collar workers in the traditional manufacturing sector were left behind in terms of labour demand and their pay. Working in large-size firms earned better than those in smaller ones and regular, full-time employees earned more than the non-regular. As the demand for professionals and managerial experts will continue to increase as the economy will likely become more high-technology-oriented globally, and in Taiwan, pay differences between upper white-collar workers and the rank-and-file working class will likely continue. The state should lift the average level of basic earnings as well as guarantee fair treatment of workers employed in small firms and/or in precarious employment status.

In addition to transforming the industrial structure to increase the added-value of production and create more opportunities for better-paid jobs, the state shall provide various assistance programs for the working poor based on their age, gender, and education level. Low disposable income and poor earnings are highly correlated, and the increasing size of the working poor would deteriorate economic equality as the author has tried to demonstrate above. Managing to survive on a low wage is not only an individual and economic matter but has also a series of collective and social consequences. The lack of economic power affects the capacity of consumption, which would further produce a stagnation of the economy. Young workers trapped in the low-income rank would not have enough resources to invest in their skills, to buy their own house, to get married or raise children. As the middle-aged (especially female, the less educated) are less welcome than the younger ones in labour markets, not being able to be (re)employed with reasonable payment would likely keep them in long-term poverty. To create more better-paid jobs for the working class is the most effective way to reduce income inequality in Taiwan.

Chinese and American dreaming: The Road or The Wall?
How far can momentum take Rahul Gandhi’s Congress?