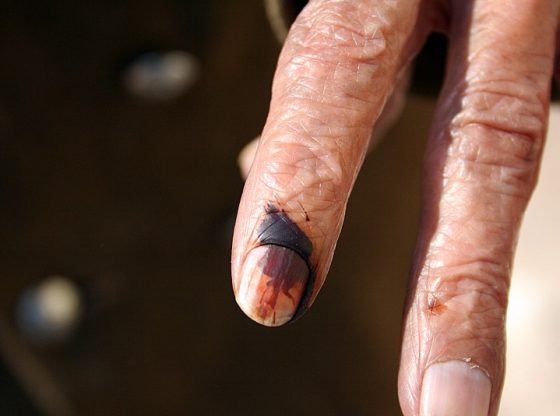 The Indian National Congress is entering an election year with that most valuable of political commodities: momentum. The party’s performance in state elections last month was its most impressive for many years, making Congress more attractive as a potential ally to the regional and caste-based parties which are such an important constituent of Indian politics. And the party leader, Rahul Gandhi – who previously gave the impression of being an uncomfortable politician – has demonstrated that he can be an electoral asset. The governing Bharatiya Janata Party (BJP), a populist Hindu nationalist party, is still the most likely victor in the coming general election, but it may prove to be more of a contest than once seemed likely.

For a party which has governed India for 54 years in total since India gained independence in 1947, the 2014 general election was devastating. Congress took less than 20 per cent of the national vote, winning just 44 seats in the Lok Sabha, the popularly elected chamber of India’s Parliament. The BJP, led by Narendra Modi, gained just over 30 per cent of the vote, but in India’s first-past-the-post electoral system that translated into 282 seats – the first time a party other than Congress had won an overall majority.

Since then, Congress’s electoral performance has remained bleak. Until the recent state elections, Congress provided the chief ministers in just three of India’s 29 states (30, if you include Delhi, which is not formally a state but has a chief minister), namely Punjab and two of the smallest states: Puducherry (previously Pondicherry) and Mizoram.

The five states which held elections late last year included two of the largest – Madhya Pradesh, with a population of 75 million, and Rajasthan, only slightly less populous. Both had BJP state governments; both were then won by Congress, though by a narrow margin. Congress enjoyed a more convincing victory in one of the poorest states, Chhattisgarh, where again an incumbent BJP administration was defeated. In the two other states which held elections – Telangana in south India and Mizoram in the north-east – regional parties won emphatic victories. To express the results as a football score, it was Congress 3, BJP 0.

Rahul Gandhi avoided a triumphant air in response to the results. His party colleagues were less circumspect, however: it was Rahul Gandhi’s moment of glory, some party loyalists insisted, and a vindication of his leadership. Among some of the Congress party’s allies, the response was even more hyperbolic. M.K. Stalin, the head of the DMK – an influential party in the southern state of Tamil Nadu – immediately endorsed Rahul Gandhi as the prime ministerial candidate of an anti-BJP front for demonstrating the ability to defeat what Stalin called the ‘fascist, Nazi-ist Narendra Modi government’.

The immediate dilemma facing Rahul Gandhi was the choice of chief minister in the three states his party had won. Congress often contests state elections without a chief minister- designate to avoid exacerbating party factionalism; the local party then asks the national party president to decide who gets the top job. In both Rajasthan and Madhya Pradesh, rising stars in the party of Rahul Gandhi’s generation – he is 48 – were in contention. In both cases, they were overlooked in favour of party veterans in their late sixties or early seventies, one of whom is tarnished by allegations (unproven and firmly denied) of complicity in the anti-Sikh riots which followed Indira Gandhi’s assassination in 1984.

Rahul Gandhi is instinctively cautious as party leader; perhaps a sign that he is lacking in confidence. He owes his position entirely to the dynasty of which he is part – he is the son, grandson and great-grandson of prime ministers – which is not the most convincing claim to leadership of what purports to be a modern, social democratic party. Last year, Rahul Gandhi lamented that Congress had fallen victim to ‘an internal fight between older and younger generations’. His big success has been getting the old and the not-quite-so-old to work together in state election campaigns – but the spoils of office are still going to those who are part of the party’s past rather than its future.

He is now more relaxed and articulate, and while largely fighting shy of the news media, he does on occasion give press conferences – which the Prime Minister, Narendra Modi, strenuously avoids. His policy prescription is limited: he says that Congress is pro-farmer, and the new Congress-led state governments have taken steps to reduce the debt burden on cultivators, but that is hardly a unique selling point. He is also campaigning hard against corruption, pointing to the controversy surrounding a deal to purchase a French fighter aircraft, the Dassault Rafale. The issue hasn’t yet gained much traction in India, and it could eventually rebound as it bears echoes of the Bofors scandal which so damaged Rahul’s father Rajiv Gandhi.

Perhaps surprisingly, Rahul Gandhi has not made a key issue out of what many see as the Modi government’s illiberalism and majoritarian populism. He has been louder about the government’s failure to create enough jobs, however: India’s GDP growth rate is hugely impressive by international standards, at over 7 per cent a year, but it does not meet domestic expectations.

India’s Election Commission has yet to announce the dates of the general election. Five years ago, polling took place on nine days spread over five weeks; 553 million people voted in the biggest democratic exercise anywhere in the world. This year it is likely that – as in 2014 – voting will be over and the counting started by mid-May.

The opinion polls, for what they are worth, continue to point to a victory for the BJP and its coalition partners. Also, now that Rahul Gandhi has won his political spurs, he is likely to face a vituperative and highly personalised campaign to undermine his claim to the political office which members of his family have so repeatedly occupied.

Andrew Whitehead is an Honorary Professor at the University of Nottingham. He has written on ‘The Rise and Fall of “New Kashmir” ’ in Kashmir: History, Politics, Representation, edited  by Chitralekha Zutshi (Cambridge University Press).  He tweets @john_pether . Image credit: CC by Ramesh Lalwani/Flickr.

Economic Inequality and Low Wages in Taiwan
Antipathy in Sino-American relations: Will it disappear after Trump’s trade war?