Antipathy in Sino-American relations: Will it disappear after Trump’s trade war? 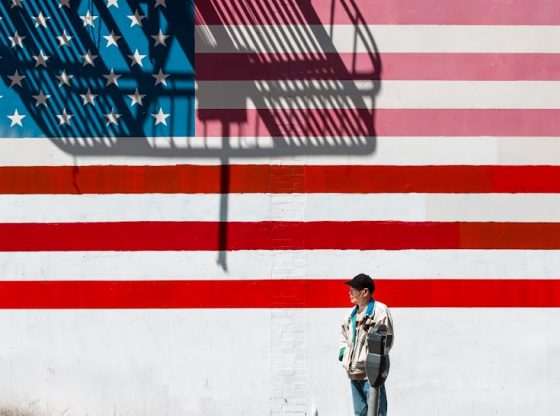 Since Donald Trump’s election as President of the United States in 2017, Sino-American relations seem to have reached their nadir. While Trump is partly responsible for the radical turn in American foreign policy vis-à-vis China, deep-seated scepticism of China’s rise in the US and the many grand visions proposed by Xi Jinping also play a role, which cannot be ignored when evaluating Sino-American frictions during Trump’s presidency.

This short piece attempts to review these developments and suggests that Sino-American relations will undergo fundamental changes with the rise and persistence of mutual antipathy, no matter what happens with Trump’s trade war.

Scepticism in the West about the rise of China is nothing new. After Xi Jinping became the leader of the Chinese Communist Party (CCP) in 2012 he proposed a new foreign policy of ‘striving for achievement’ (fenfa youwei), with actions such as initiating the One Belt One Road project (also known as the Belt and Road Initiative) and promoting the discourse of a ‘Community of Common Destiny’ (mingyun gontong ti) to the world.

Despite Xi’s repeated assertion that China has no ambition to become a hegemon, China remains unable to remove scepticism about its rise in the US. American citizens view China less favourably now than in 2012. The US Congress has also witnessed the emergence of a bipartisan consensus on getting tougher with China since the start of Trump’s presidency. These developments have given considerable leverage to Trump in his dealings with China.

Before the trade war started with the first round of tariffs in February last year, it was already clear that Xi would maintain China’s development model linked to the state-owned enterprises (SOEs) and pursue ‘supply-side’ reforms, whereby SOEs are re-structured to suit the state’s objectives rather than being disbanded because of their low economic efficiency or allowed to be marketised. Given the political importance of SOEs, the CCP will continue to manage the economy by making some SOEs ‘bigger and stronger’ (zuo da zuo qiang), and it will assert greater control over them.

Chinese policy-makers have been solving the issue of excess capacity of SOEs by re-directing the excess to the international market, not without charges of unfair competitive practices (such as state subsidies) from the European Union and the US. China’s ‘developing country’ status with the World Trade Organisation (WTO) and the Chinese state’s favouritism towards SOEs also blocks foreign access to specific sectors in China, which means it is not a level playing field for foreign companies.

The ways that China benefits from its current development model constitute an integral part of the Sino-American trade dispute. Although Trump has also criticised the EU for trade and security issues ever since the early days of his presidency, the joint statement on 25 September 2018 between the US, the EU and Japan shows that these global powers have managed to resolve their differences and find a common target in the form of China’s continued practices in relation to SOEs.

Later in December 2018, during the Sino-American trade tariff truce, Xi emphatically rejected the idea of deepening reforms in line with the Western economic and political model in his speech on the fortieth anniversary of the ‘Reform and Opening Up’ policy. This clearly shows that while it might be possible to work out the details of bilateral trade in order to end the Sino-American trade war, anything which weakens the CCP’s control over the economy has little chance of being accepted.

China’s industrial policy of ‘Made-in-China 2025’ also added fuel to Western scepticism about Xi’s China. The industrial policy is meant to signify China’s efforts to strive for a leading position in many high-end industrial sectors – such as renewable energy, aviation and robotics – by 2025. The quest for technological giant status will see China upgrade its currently low-end manufacturing industries in favour of high-end ones in order to achieve sustained economic growth, among other potential benefits.

Nevertheless, Hung Ho-fung from Johns Hopkins University pointed out at a recent forum that the US remains unconvinced about whether China’s current technological capability is sufficient for it to develop these high-end technologies on its own within the proposed timeline. Consequently, there are considerable concerns about the methods used by state-connected Chinese companies to acquire these technologies aboard.

The idea of China being technologically powerful also triggers concerns among some developed countries in terms of the national security risks that this development  could signify. Riding on this wave of scepticism, Trump framed China’s industrial policy as a threat to national security in support of his initiation of the Sino-American trade war. Last year many other developed countries such as Australia, Germany and Canada quickly joined the effort to prevent Chinese companies from easily obtaining sensitive technologies through company acquisitions.

The question remains, why do developed countries collectively target China and frame its actions as a threat to national security when they have followed similar developmental paths for their own industrial upgrade, have large business interests in China, and have experienced different degrees of friction with the US under Trump?

An examination of the ideological dimension of Xi’s China may provide part of the answer. Since his ascendancy to the top of the CCP’s political hierarchy, Xi has proposed to deliver a strong and prosperous China and to recover its glorious past under the notions of the ‘China Dream’ and ‘national rejuvenation’. In 2016 he also promoted the notion of ‘Four Self-confidences’ (sige zixin); the ‘Self-confidence in Culture’ (wenhua zixin) with an emphasis on Chinese civilisation and Marxist traditions on top of the CCP’s existing terminology.

Ren Jiantao from Tsinghua University in Beijing has noted that the notion of a ‘Community of Common Destiny’ as an alternative to the discourse of global governance is set against this domestic nationalist backdrop, emboldened by the impressive improvement in material well-being over the past 40 years. In the eyes of China’s leaders, it is now time for the existing international system to accommodate China’s unique model instead of the other way around as in the past.

The orchestrated actions of many developed countries to frame Xi’s China as a national security threat also hint at an evolution of Western scepticism regarding China into an antipathy for Xi’s China. In this context, antipathy in Sino-American relations is not likely to be resolved by a more balanced trading relationship or information exchanges for the purpose of mutual understanding.

Since his speech about America’s China policy by US Vice-President Mike Pence on 4 October 2018 there have been discussions about whether Sino-American frictions might escalate into a new kind of Cold War. Some have argued that the current degree of interdependence between the two powers at the economic and social levels is sufficient to rule out such a scenario. In which case, it would be appropriate to ask: is Sino-American interdependence going to stay the same, become more integrated or drift apart in the future?

In a speech in November last year former US Vice-Secretary of State James Steinberg put forward an argument that Sino-American interdependence would drift apart when both sides no longer saw each other as indispensable in their respective paths to development, hence they would have no incentive to contain their disagreements.

Given Xi’s antipathy for Western values and his prolonged period of leadership (with the constitutional term limit removed last year), and the growing consensual antipathy for Xi’s China in the US, it has been suggested that Sino-American frictions have now evolved into something more serious than disputes over economic and national security issues as manifested in the current Sino-American trade war: there is now an inconvenient realisation that China and the US are global competitors with incompatible values and they will continue to be so for the foreseeable future. If their ideological rivalry persists, the continuation of Sino-American interdependence might also be put into question in the long term.

Anthony H.F. Li is currently a PhD student at the University of Hong Kong. His research focuses on the politics of sustainability and climate change. He has published in China Perspectives, the Asia-Pacific Journal of Public Administration, and Modern Asian Studies. Image credit: CC by Sam Breach/Flickr.

How far can momentum take Rahul Gandhi’s Congress?
English as a National Language