English as a National Language 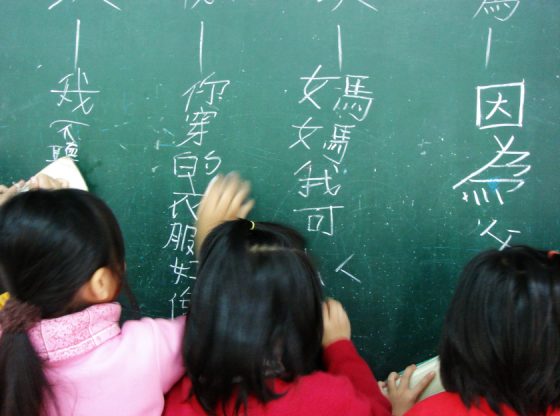 For several months, Taiwanese officials have been drafting plans to make Taiwan into a Mandarin-English bilingual nation. By 2019 the government hopes to have concrete policy goals in place. So far, the policies center around increasing the number of qualified English teachers in Taiwan, utilizing free online resources, and more intensive English classes starting at a younger age.

The administration aims to make Taiwan fully bilingual by 2030. Singapore, even with a British colonial influence, took 20 years to establish English bilingual policy, with schools teaching English alongside the first languages of Mandarin, Malay, or Tamil, so Taiwan’s 2030 goal appears quite ambitious. Even if Taiwan is not fully bilingual by that time, it will be clear whether the new policies have been effective or if they need to be revised. The government has also set several short-term goals, including having versions of government websites in English and encouraging government employees to use English at work.

Initially, the government hoped to make English an official language of Taiwan, but that would entail translation of all government documents to English, a very expensive task. In order to avoid this, the Ministry of Education has decided to instead concentrate on the more essential aspects of the policy that encourage English-Mandarin bilingualism in Taiwan. However, some of the current plans seem more focused on bringing English-speaking workers to Taiwan rather than making Taiwanese workers more appealing to companies. For instance, National Development Council Minister Chen Mei-ling says the government intends to make some licensure exams available in English as well as making essential documents for foreigners available. Despite this, Taiwanese still seem largely supportive of the policy, perhaps recognizing that it still has benefits.

As part of a web survey through National Chengchi University’s PollcrcacyLab, we asked 1000 Taiwanese the following question: “In your opinion, should Taiwan establish English alongside Mandarin as a national language?” While these figures are notably lower than the figures from a similar survey by the Professor Huang Kun-huei Education Foundation reported in December, 71 percent of our respondents said that they supported this policy. Disaggregated by partisanship, by gender, and by preference for Taiwan’s status (unification vs. status quo vs. independence), clear majorities still support this policy, suggesting that it will not face large-scale opposition.

While DPP supporters were also more likely to say yes than KMT supporters (80.4% vs. 71.7%), a clear majority support for the policy suggests it will not face large-scale opposition. Also of particular note, when disaggregated by preference for Taiwan’s status (unification vs. status quo vs. independence), here too we see overwhelming support of English (66%, 73.2%, and 71.7% respectively).

Although this policy is widely supported and government officials are looking to move forward with it as quickly as possible, there are several concerns. For instance, the government might consider setting 2030 as a date for comprehensive policy, rather than saying that Taiwan will be bilingual at that point. Additionally, minority languages are already dying in Taiwan, and government policies aimed at saving them have not been as efficient as hoped. Not only does this cast doubt on the government’s ability to design language curriculum well, but an increased focus on English also makes minority languages less likely to survive.

Most countries that have encouraged multiple languages as national languages did so due to pre-existing ethnolinguistic divisions, which were often related to the country’s colonial past. In contrast, the adoption of English policies in non-English environments often primarily benefit those who are already socioeconomically advantaged. There may also be a disparity in quality between urban and rural English education. While Chen Mei-ling brushed off these concerns in an interview, citing the multitude of internet resources that will help bridge the gap, online resources are available in many subjects, so the widespread availability should not automatically equate with identical quality.

As part of the new strategy, the government plans to switch the focus of English classes from the perfect grammar and spelling needed to pass standardized tests to increased practice of verbal communication. This should help students feel more comfortable speaking English and will improve their active English skills (speaking, writing), instead of just the passive abilities (listening, reading) needed during examinations. This type of teaching methodology has been proven more effective than courses based around grammar and rote memorization.

Our survey also asked respondents to evaluate the statement “young children should be required to use both English and Chinese equally in school.” Although lower than for establishing English as a national language, again we find a majority of respondents in agreement (57.3%), with similar variation as before on party identification and Taiwan’s status. It is common for parents to worry that children raised speaking two or three languages will not learn the languages as well, although this concern is unfounded—children raised in bilingual environments are able to learn both languages fully. Since some Taiwanese families are already multilingual, this concern may be less widespread than in countries such as the United States. The findings suggest that most Taiwanese seem to believe that added emphasis on English would not be an undue burden.

Taiwan’s previous policies related to English focused primarily on foreigners and less on education in Taiwan. For instance, many roads and tourist attractions have signs in English and Mandarin, although the Romanization of Chinese remains inconsistent. These methods did not have as great an impact as desired in Taiwan, so a new strategy is certainly necessary. However, the government still seems to be focusing on foreigners when outlining policy goals, which could hinder the policy and lessen its effectiveness in areas such as domestic education.

Despite such concerns, promoting English as a national language provides several potential benefits. For a country concerned about global competitiveness, developing a broader pool of bilingual citizens should translate to greater economic opportunities both in Taiwan and for Taiwanese interests abroad. The establishment of English may also foster changes in higher education opportunities in terms of hiring native English speakers beyond those teaching English as a second language. For example, South Korean universities already actively recruit English-language professors across disciplines, yet Taiwan has largely failed to follow this trend. However, as the current discussion focuses largely on students below the college level, this is not likely to change soon.

English promotion may also aid Taiwan’s broader strategic goals, not only by enhancing person-to-person and informal connections between Taiwan and English speaking countries, but also by further promoting Taiwan’s distinct identity separate from China in a way that does not appear as incremental movement towards independence.

Ultimately, the promotion of English as a national language provides considerable opportunities for Taiwan, but relies heavily on long-term commitments to equitable access to English education, a focus on active use, adequately responding to concerns about the preservation of existing languages in Taiwan, and a willingness to adapt policies to address unexpected consequences. The success of these efforts will depend on the government’s ability to foresee problems and keep the public pleased without compromising the strength of the policy.

Antipathy in Sino-American relations: Will it disappear after Trump’s trade war?
Pakistan-UK trade post-Brexit: making the most of it