Pakistan-UK trade post-Brexit: making the most of it 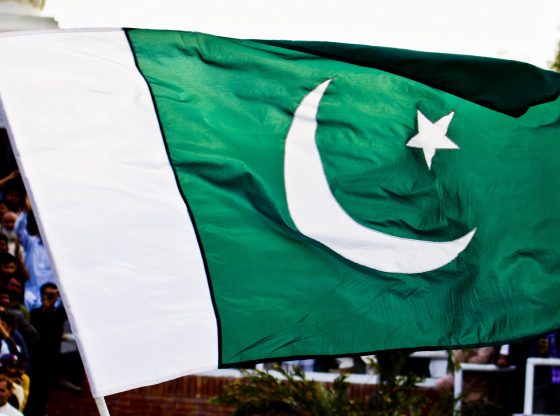 As the UK prepares to leave the EU and expand its trade relations with the non-EU countries, Pakistan offers unique opportunities since Brexit coincides with the development of the China-Pakistan Economic Corridor (CPEC). Pakistan’s existing capacity coupled with its projected potential by virtue of the CPEC is steadily enhancing its profile as a trading partner for the developed countries. Cooperation in the Pakistan-UK bilateral trade and investment can be conceived in terms of their current trade profiles and the future outlook. On the ground, it may be categorised at three levels: frameworks of bilateral economic relations, research and development collaboration, and import and export of goods and services. In this scenario, the best decisions would be those negotiated in the present envisaging an outlook for the future.

Pakistan’s population of over 200 million is world’s 6th largest and boasts 64% of its citizens aged under 30 years. With a literacy rate of 58%, Pakistan has over 150 million mobile phone users which include 57 million 3G/4G subscribers and a sizeable social media community. The official language of business in Pakistan is English. Pakistan’s GDP for the financial year 2017 was 5.3% and its projected real GDP growth for the year 2018 is at 5.6%. As of April 2018, the UK is Pakistan’s second largest export partner with a market share of 7.33%.The UK has a trade deficit of £656 million with Pakistan which is UK’s 53rd largest trading partner (2017) and accounts for only 0.2% of total UK trade.

The China-Pakistan Economic Corridor (CPEC) is a framework of regional connectivity comprising a set of roads, rails and energy infrastructure projects. China and Pakistan have agreed to complete these projects worth $62 billion over a period of 15 years through long-term government-to-government concessional and preferential loans and grants from China. The investment in the early-harvest energy projects is in IPP mode with funding from the Chinese banks and investors. Under the CPEC arrangements, other projects include the development and commercialization of Gwadar port, optical fibre connecting China and Pakistan, 4 urban transit projects and 9 Special Economic Zones (SEZs) across Pakistan. The CPEC projection of 2030 is to accumulate investment of $150billion, rapid growth in service industry catering to transit trade, and FDI to SEZs. Pakistan’s growth projections include a GDP growth rate to 7% by 2020 and an annual revenue from toll collection of $5 billion by 2022.

A key purpose of the CPEC projects is to connect the Pakistani seaports at Gwadar and Karachi to Kashgar in China and Central Asia. The development and operation of this linkage will facilitate international trade and create vast opportunities for businesses. While the UK is preparing for Brexit and looking to maximise trade opportunities globally, Pakistan is emerging as a promising old friend fraught with new opportunities as a trading hub of the future.

Operational details of the CPEC projects indicate that Pakistan is experiencing a decentralisation of economic diplomacy. Players have moved down to the agency and project level and the involvement of government functionaries is diverse and minimal. Following the launch of the CPEC there have been several calls for institutional and structural reforms in Pakistan whereby it can leverage its geographic advantages. Likewise, Pakistan has recognised the importance of inter-ministerial liaison and economic diplomacy strategies to attract foreign investment. Foreign Minister Qureshi, setting forth Pakistan’s policy priorities, has declared that in order to facilitate foreign investment the Foreign Office will be working closely with other ministries. Deliberations at a recent convention of Pakistan’s ambassadors to its trading partners were focused on economic diplomacy as a core strategy in Pakistan’s foreign policy.

In terms of future potential, CPEC is set to create huge opportunities across all major sectors. These developments mean fresh opportunities for the UK businesses to engage their R&D expertise in Pakistan collaborating with the public and private sectors. Pakistan Foreign Office press release confirms that Pakistan-UK trade opportunities in the post-Brexit scenario are on the agenda of the two countries. In a telephone conversation with Jeremey Hunt, his British counterpart, FM Qureshi discussed trade cooperation between Pakistan and the UK on 11th December 2018 and expressed hope for new opportunities for trade in the post-Brexit scenario.

The Pakistani markets have already demonstrated vast scope for capacity building in manufacturing and services industries. There is a high demand for standardisation and quality control, research collaboration, and training in sectors such as logistics and transportation, construction, higher education, agricultural technology, and renewable energy. Evidently, the UK industries are well placed to exploit these opportunities.

At the sectoral level, several emerging and established sectors are untapped markets in Pakistan and offer lucrative opportunities for the UK businesses. As a fast-growing internet and ecommerce market, Pakistan has opportunities in e-commerce automation including payment systems, logistics, and training. Other key sectors with trade and investment opportunities in Pakistan are infrastructure development, transportation including road freight and temperature-controlled logistics, urban transport, renewable energy, agricultural technology, health, education, and textile and apparel (given its GSP plus status).

Pakistan’s established exports are textile products, rice, sports and leather goods, and surgical instruments. At present, it is looking to find new markets for its fisheries and seafood, minerals, poultry and meat, and gems and jewellery. What is lacking in Pakistan is quality research and the linkage between the academia and the industry. Manufacturers routinely hire foreign technical support. For example, Pakistan imports energy sector products, including alternative and renewable energy, but lacks operational expertise in this sector.

As the UK government seeks to improve the way it engages with and supports businesses for trade and investment, visa and immigration constitutes an important consideration. A common constraint in the engagement of responsible businesses in Pakistan is the requirements of the UK’s visa and immigration process. Especially, the new businesses and the first-time exporters/importers commonly run into visa issues and need more recognition and visa options to overcome this issue. A quick look into Pakistan’s cultural profile shows that face is an important consideration for the Pakistani businessmen. Visa issues are linked to the loss of face, a core fear in the Pakistani culture and may have a negative impact on business relationships. Business-friendly visa regimes and cross-cultural training are key to facilitating good B2B matchmaking between the UK and Pakistani businesses.

The Punjab Board of Investment and Trade (PBIT) is a success story in Pakistan and indicates that there is vast scope for dedicated trade facilitation desks at the UK missions in Pakistan and working through public-private partnership. After the launch of the CPEC projects, the PBIT established one-window trade facilitation counters in order to meet the demands of local and foreign businesses. These facilitation counters offer services to local and foreign businesses that range from information to matchmaking and co-ordination and cooperation between the public and private sectors.

Trade fraud and disputes are part the game on both sides of a trade partnership. A dedicated service from a UK body can ensure quality and credibility of business information. It can facilitate matchmaking at B2B, B2F, B2C, and G2G levels, due diligence and true diligence, exchange of sectoral surveys and market data, and organise conferences and academic exchanges, thus enabling businesses to take right decisions at the right time. For the first-time exporters and importers of the UK and Pakistan, the quality and credibility of B2B match making will translate into a successful trade relation between businesses.

Secondly, UK DIT’s local channels in Pakistan will be able to establish cross-agency collaboration. These channels will enhance the functioning of the bodies already working for the promotion of trade and investment between UK and Pakistan. For example, in order to set its export priorities the Trade Development Authority of Pakistan (TDAP), which is mandated to liaise with trade bodies abroad, relies largely on the input from Pakistan’s missions abroad. Collaboration between the TDAP and the DIT’s local channels will streamline processes that both bodies would otherwise complete separately and less effectively.

To sum things up, with the CPEC Pakistan is undergoing a reorientation of its foreign economic policy and a readjustment of its economic relations with the developed world. Its geo-economic potential, and its proximity and linkage to the world’s largest trading power are cardinal factors that determine its real importance as a trading partner of the post-Brexit UK. As the UK prepares to leave the EU, both Pakistan and the UK have a chance to explore opportunities as trade and investment partners outside the EU. These opportunities require that the UK come up with a broader vision of long-term partnership with Pakistan rather than be guided by the current trade profiles of the two sides.

This piece first appeared in the The Nation and is available here.

Khalid Jarral is a Doctoral Researcher at the School of Politics and International Relations where he is a member of the University of Nottingham Asia Research Institute. Image credit: CC by Imtiaz Ahmed/Flickr.