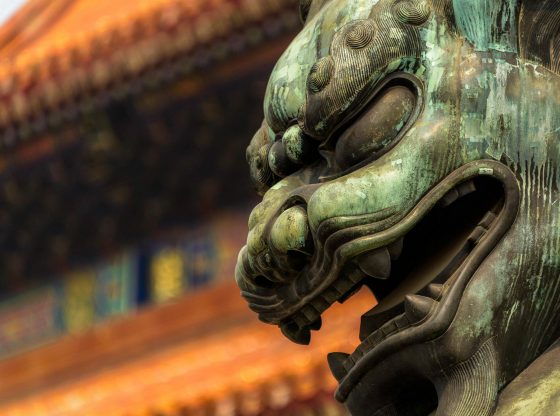 Recent threats by the CCP Supreme Leader Xi Jinping to use force in order to annex Taiwan have focused attention on democratic Taiwan’s vulnerability. While previous CCP supreme leaders have made similar threats in the past, this time is different because the PRC state’s quest for greatness now includes the capacity to deliver on an agenda of territorial expansion. This time the PRC has so greatly expanded its wealth and power that CCP ruling groups can persuade themselves that the PRC’s military could prevail in an armed clash with America and its partners in maritime Asia. In contrast, during the Mao era, the CCP state was weak, poor and uninterested in Taiwan, other than to tacitly cooperate with the USG to undermine the war-prone forces in Taiwan’s Chiang Kai-shek regime that US President Eisenhower worried could spark another major conflict.

Chinese history is not, as CCP chauvinism now has it, one of continuous Han imperial domination of Asia.

In contrast to Mao’s self-wounding communist utopianism and autarky, the reform era CCP state, which practices the enriching neo-mercantilist policies pioneered in Meiji Japan, is informed by a Han chauvinist historical narrative and identity which assumes that maritime Asia has always been part of China. CCP patriots, therefore, can persuade themselves that Party state aggression is actually a quest to end an era where foreign powers stole Chinese territory. Actually, the Sinified Ming dynasty was conquered by nomad Buddhist Tartars in 1644. The Manchu Qing dynasty humiliated Han people for the next 267 years. The official story of the CCP – that Asia has been continuously dominated by Sinicized people for millennia – is without historical basis. The Chinese have known for a long time that the southernmost land area of China was exotic Hainan Island. The notion that the South Sea, including the Paracel and Spratley islets, were Chinese never existed in dynastic times.

Yet today’s CCP state has persuaded itself that even the East Sea and Japan’s Senkaku islets have been Chinese from time immemorial. To Leader Xi, nations resisting CCP state territorial expansion are both ignorant and also anti-China. Leader Xi takes it as his duty to make China great again. He imagines a past in which China’s neighbours supposedly welcomed being subordinated to a powerful and great China, ignoring that school texts in Indonesia and Vietnam teach that the Sinified Ming invaded them and treated them cruelly. Patriotism in much of Asia actually means resisting Chinese invaders. Chinese history is not, as CCP chauvinism now has it, one of continuous Han imperial domination of Asia. The great Tang dynasty’s imperial over-reach led to a rebellion from the frontiers which killed a higher percentage of the population than any civil war in recorded history. The successor Song Dynasty was so weak that it paid tribute to imperiums to its north until it was invaded and extinguished by the Mongol Khans who created the largest land empire in history.

The subsequent Sinicized Ming Dynasty failed in its military quest to incorporate the non-Han regions that the Mongol Yuan Dynasty had ruled. CCP reform leader Deng Xiaoping found that the Sinicized Ming, not invaders from the so-called West, made China weak by promoting, after the 16th-century death of emperor Zhu Di, a self-isolating withdrawal from oceanic trade which made China weak by isolating it from global progress. The Sinicized Ming was followed by conquest by Buddhist nomad Tartars who had already incorporated Mongolia and established a Manchu Qing Dynasty. The Manchu then militarily incorporated, as the Sinicized Ming and Song could not, Turkic speaking Muslims from Central Asia, Lama Buddhist Tibetans, hill nations north of Burma and Laos, Austronesians on Taiwan and also the Han territories of the Ming. There is no Chinese past of continuous domination of Asia by Sinicized people. Confucians in Korea and Japan agreed that, under the Qing, Chinese civilization in Ming territories had been destroyed.

Yet a strong militarist CCP state employs a myth narrative of continuous Chinese imperial greatness to legitimate its expansionist agenda for PRC domination of Asia. That expansionist agenda includes Taiwan and its 23 million people. Peace in Asia, therefore, is threatened by the expansionist agenda of the world’s second-largest economy. The elected government on Taiwan headed by President Tsai Ing-wen, as the governments of all of China’s neighbours, instead seek a mutually beneficial dignified peace with the PRC. But Taiwan is vulnerable to the policies that flow from the CCP agenda of restoring China’s greatness. Therefore, the future of Taiwan, indeed, the peace and prosperity of the entire Indo-Pacific region, largely rests on whether CCP politics is or is not dominated by risk-taking hawk chauvinists who claim to seek to restore Chinese greatness based on a narrative of Chinese history which has no relation to historical truth. It is sad and dangerous that the greatness of such a glorious civilization should be so defined.

Edward Friedman is Emeritus Professor of Political Science at the University of Wisconsin, Madison. Image Credit: CC by Ade Russell/Flickr.

Motion Without Movement: The Latest (Non-) Developments in Cross-Strait Relations
The Cross-Strait #10YearChallenge