Countering Chinese Military Modernization: A Path Forward for Taiwan and the United States 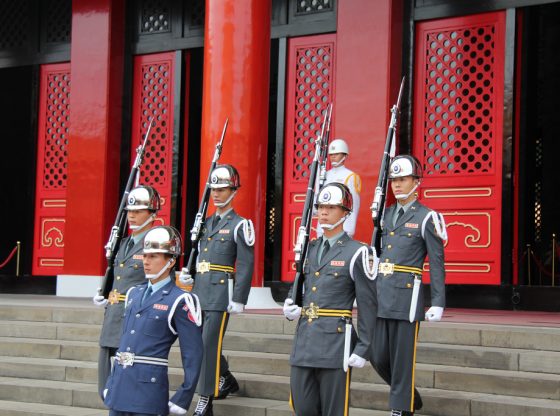 China has long undertaken a massive and sustained effort to modernize its military, and the Chinese determination to change the political and military landscape in the Asia Pacific has resulted in rising tensions that fundamentally threaten stability in the region. Over the past several years, China has also amplified its coercive policies toward Taiwan. That includes poaching diplomatic allies, overt and covert economic and political manipulation, deepening constraints on Taiwan’s international space, and increasing military coercion and threats – such as deploying aircraft and navy battle groups around Taiwan’s airspace and territorial waters as part of alleged training exercises.

Other neighbouring countries have responded to Chinese military modernization efforts with a renewed sense of urgency toward upgrading their own armed forces. Japan and South Korea are buying new missile defence systems, building new surface ships and submarines, upgrading their legacy fighter forces, and procuring new fifth-generation fighters from the United States. These are legitimate responses, and it is entirely consistent with U.S. interests in the region to support Taiwan’s efforts to also do what it can to address its own military modernization needs.

Taiwan fielding a modern and effective military is a national security imperative both for the island and for the United States. The U.S. is legally (through the Taiwan Relations Act) and historically committed to providing Taiwan with arms of sufficient quantity and quality to provide for its own self-defence. In 2001, the Bush Administration released a significant package of defensive weapons for Taiwan, including Patriot 3 anti-missile batteries and P-3 patrol aircraft. Incorporating those systems into its military has been a primary focus for Taiwan over the last two decades. Other Taiwan arms sales have taken place since then, but such sales have not included any substantial new capabilities. It is time for that to change. Taiwan cannot match Chinese military modernization dollar for dollar, but it can telegraph its intentions to make any Chinese adventurism as costly as possible. Fortifying its defences is one tangible way to counteract the increased pressure from China. President Tsai Ing-wen has increased her efforts to expand Taiwan’s own indigenous military competencies, and she appears willing to invest both political and financial capital in this pursuit. She has also been calling for the U.S. to help bolster the island’s defensive capabilities.

Now the Trump Administration must make a decision on its support for the next phase of Taiwan’s force modernization. Taiwan will look at new requests to the U.S. for new fighter jets – very likely for a tranche of new F-16Vs – and will also be requesting U.S. technical and integration support for indigenous programs such as submarines and surface ships. Additionally, new missile defences and defensive cyber capabilities will be central to meeting the needs of Taiwan war planners. The U.S. must be prepared to consider all arms sales that would materially improve Taiwan’s defensive posture, and should allow Taiwan to make requests for arms as needed and desired without preconditions. It is crucial that the U.S. responds in a timely manner to these requests, with each request evaluated solely on its own merits of how it can address Taiwan’s legitimate defence needs – similar to the process for other security assistance partners.

There are also other opportunities for the U.S. to support Taiwan’s larger goal of developing self-reliance in the defence and security arena. One important component could be expanded military exchanges, as reinforced by the U.S. Congress in the last several versions of the National Defence Authorization Act (NDAA). In addition to ongoing interactions at all levels, this could include encouraging members of the U.S. Armed Forces and senior officials within the U.S. Department of Defence to participate with the Taiwan Armed Forces and officials from the Ministry of National Defence in activities such as exercises, events, and observation opportunities. This could include allowing U.S. flag officers to observe drills in Taiwan such as the annual Han Kuang exercise, and for Taiwan to participate in U.S.-led exercises such as Red Flag and RIMPAC. Intensified military-to-military networking could allow Taiwan to keep up to date on strategic and tactical thinking on important issues such as training, and would give both sides unparalleled opportunities to deliberate on a long list of issues of mutual concern and interest. Such issues could include threat analysis; military doctrine; force planning; logistics support; intelligence collection and analysis; operational tactics, techniques, and procedures; humanitarian assistance and disaster relief; and civil-military relations.

The private sector can also play an important role in deepening U.S.-Taiwan defence relations. There are numerous opportunities for U.S. defence contractors not only to make foreign military sales to Taiwan, but also to participate in the development of Taiwan’s indigenous defence industry, to make direct commercial sales, and to strike joint production deals. There are also opportunities for U.S. companies to cooperate with Taiwan companies on local investment, local procurement, and technology transfers as part of Taiwan’s Industrial Cooperation Program. When the time comes for U.S. and Taiwan companies to sign agreements for joint projects, however, the private sector will still require cooperation by the U.S. government. The relevant U.S. authorities have to be flexible and open-minded when making decisions to allow exports of military equipment and technology, and when evaluating the impact of potential commercial export licensing.

In short, the size and intensity of Chinese military modernization is changing the regional national security framework, and its neighbours are planning countermeasures. If Chinese efforts to coerce Taiwan continue to go unaddressed, this is inherently destabilizing. In aiding Taiwan’s force modernization – supporting the island’s attempts to meet the qualitative and quantitative challenges from China, just like its other neighbours – the U.S. can continue to encourage peace and stability in the Taiwan Strait, and in the Asia Pacific as a whole.