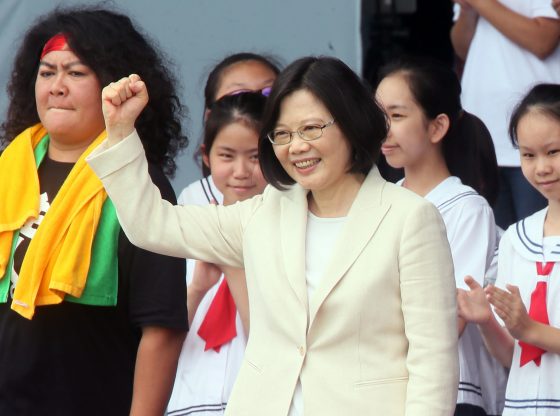 Xi Jinping’s January 2ndMessage to Compatriots in Taiwan, in which China’s leader called for unification under a “one country, two systems” formula, has generated much discussion in Taipei and Washington. Although unlikely to change hearts and minds in Taipei, Xi’s speech puts Taiwan and the United States on alert to important modifications in China’s Taiwan policy.

Xi’s speech commemorates the 1979 New Year’s Day letter to residents of Taiwan, which officially declared the mainland’s policy of unification. The letter, issued by China’s national legislature, was accompanied by an abrupt end to the shelling of Taiwan’s off-shore islands and by calls for “unification” rather than “liberation” of Taiwan. The theme of the 1979 and 2019 messages is similar: only as a unified country can China move forward in national development and world standing. The 1979 letter indicates that every Chinese, whether they be on mainland China or Taiwan, “have a compelling responsibility for the survival, growth and prosperity of the Chinese nation.”  Xi’s address repeatedly calls for national rejuvenation and unification, indicating that the only thing holding China back from global greatness is the refusal of some elements on Taiwan to join the mainland.

Unlike the 1979 message, however, Xi refers to Taiwan unification under to the ‘one country, two systems,’ formula first promoted by Deng Xiaoping but ultimately applied to Hong Kong after Taiwan rejected it. Xi took a risk in referring to 1C2S. 1C2S was supposed to allow HK to maintain its political and economic system for 50 years after it reverted to mainland Chinese sovereignty in 1997. Only twenty years on, the people of Taiwan have witnessed China’s gradual and significant interference in Hong Kong’s politics and economics. So why would Xi mention it in his speech? It appears that he misjudged sentiment on Taiwan following the island’s November 2018 local elections in which the ruling Democratic Progressive Party took a drubbing. China’s leaders applauded the Taiwan electorate for rejecting “separatism”, indicating that they believed that the electorate’s desire for peaceful cross-Strait relations were the deciding factor in the DPP’s defeat. Although China loomed large, it was not the biggest issue. It appears that the Taiwan electorate took exception to the Tsai administration’s labour and pension reforms, energy issues, transitional justice, and stagnant wages, among other local issues. Regardless, it appears that Xi calculated that the DPP’s defeat, and almost certain come-back by the KMT in the national 2020 elections, was a good time to get the idea of 1C2S gelling again in the minds of the Taiwan people. Forty years on, Taiwan is still as separate from China as ever; the speech indicates that Taiwan issue is still unfinished business.

Republic of China President Tsai Ing-wen immediately responded to Xi that same evening. In a televised speech, Tsai flatly rejected 1C2S, claiming that the majority of Taiwanese oppose 1C2S and that this opposition is the “Taiwan consensus.” While she held out the possibility of negotiations with Beijing, Tsai indicated that because Taiwan is a democracy, negotiations must pass muster with the people of Taiwan. Tsai reiterated her claim that Beijing must recognize the reality of the ROC on Taiwan, and the commitment of Taiwan to democracy. This last statement surely fell on deaf ears in Beijing as China’s leaders do not care one wit about the desires of the people of Taiwan. For Beijing, Taiwan is an inalienable part of the PRC, regardless of sentiment in Taiwan.

Xi’s speech is the first of many this year commemorating significant events in contemporary China’s history, particularly those that occurred in years ending in “9”: the anniversary of 1919 May Fourth Movement (the beginning of Chinese Nationalism), the 1949 Founding of PRC, the 1979 Reform and Opening, and the June 4 crushing of the spring 1989 nationwide protests, among others. It would be a mistake to view Xi’s speech merely as a commemoration, however. His speech departs from the 1979 letter in significant ways. First, Xi’s speech pushes the envelope when it comes to Beijing’s understanding of the 1992 Consensus. Originally, the 1992 Consensus did not include unification. As Xi’s speech indicates, China’s definition of the 1992 consensus now includes unification and other conditions. It has also moved the goal post of the 1992 consensus from “one China, respective interpretations” to unification. Taiwan has never accepted the 1992 consensus which Beijing now views as “one country.” Unlike the 1979 letter and commemorative speeches by his predecessors Jiang Zemin and Hu Jintao, Xi’s speech includes the threat of the use of force to unify Taiwan with China. Beijing is saying that it will use force to enforce its enhanced view of the 1992 consensus. Although Taiwan has not acquiesced to Beijing’s new interpretation of the 1992 consensus, the shift in the balance of military power from Taiwan to China puts Beijing in a stronger position than ever to make good on its threat of forceful unification.

Washington has keenly observed both Xi and Tsai’s remarks, absorbing their implications for cross-Strait relations in 2019. Looking forward to this year, the US will continue to support Taiwan, even after the US midterm elections in which the Democratic party gained a majority in the US House of Representatives. The US Democratic Party is no more enthusiastic about China than the GOP, so don’t expect the 116th Congress to throw Taiwan under the bus for a deal with China. Note that only two days before Xi’s speech, US President Trump signed into law the Asia Reinsurance Initiative Act of 2018 (ARIA), which authorizes $1.5 billion over five years to support economic, diplomatic and security initiatives with US allies and friends in the Indo-Pacific, including Taiwan. The law advises the US to make arms sales to Taiwan on a regular basis and encourages visits by high level US officials to Taiwan in accordance with the 2018 Taiwan Travel Act. Xi’s speech gives Washington no reason to alter course on Taiwan.