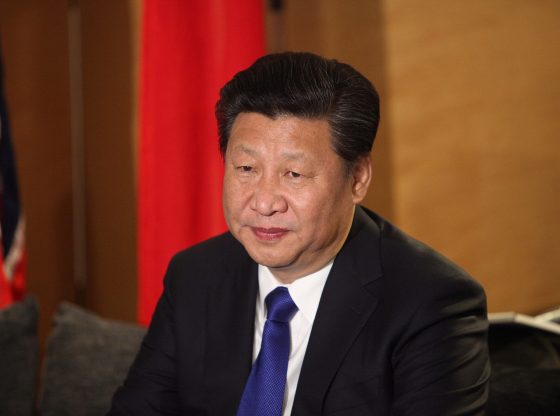 For a leader imputed with such huge powers by the rest of the world, we often lose sight of the fact that on many issues, President Xi Jinping of the People’s Republic of China (PRC) has very little leeway. Policy towards Taiwan is one such example. Xi knows this issue well. In his years as a party official, rising up the ranks in Fujian province, opposite Taiwan, from the mid-1980s to 2002 when he moved to Zhejiang further north, Xi dealt with Taiwanese investment, and with visitors from across the Strait. He probably knows more about Taiwan than any other leader in the current elite line-up in Beijing.

Whatever private feelings he has towards the issue, however, this, more than any other, is one where he as an individual doesn’t matter. His wife Peng Liyuan may very well have relatives on the island. But Xi the person is trumped by Xi the Party leader. And his statement at the New Year about Taiwan was a reiteration of all the others issued over the last four decades since Deng Xiaoping formulated the `One Country, Two Systems’ rubric as a way of bringing about reunification back then.

There is a very good reason why Xi would be wise to not try to innovate and play around with Taiwan policy. With the looming complexities on the trade front involving the US, and domestic economic indicators not looking bright, along with a host of other issues from the Huawei travails to escalating worries about how the Belt and Road Initiative his administration has spearheaded is going, Xi would not want to encounter more unpredictability on the horizon. In that sense, his words on 1st January to mark the fortieth anniversary of Deng’s proposal to Taiwanese were played with the straightest of bats.

It is only because of other matters going on at the moment that they were interpreted in some quarters as being so hard line. In fact, there was nothing radically new in what Xi said. Discussions and `democratic consultations’ need to be held, he said. Chinese should never fight Chinese, but, somewhat contradictorily, he restated the standard line that China would never give up force if pushed to it by the island. Oddly, it was here that `Taiwanese’ were referred to – people who see themselves independently, and therefore seem to lose their identity as Chinese.

Tsai Ing-wen’s response in Taipei was inevitably opportunistic. She took the chance to state as clearly as she could what most people now seem to agree – that the `1992 Consensus’ with its torturous commitment to one China, but one that both sides of the Strait agree to disagree on the exact composition of, was obfuscating and unhelpful. Underlying this is an awareness that Taiwan is being unwillingly tied into a grand narrative of national rejuvenation which is now so crucial in the messaging of the Beijing government and exists as the fundamental underpinning of its legitimacy.

Tsai’s unease is understandable. The eagerness by the PRC to achieve restoration of its status as a great power, and to deliver `Chinese renaissance’ is now palpable. The Communist Party has been promoting this core story for a number of years, as an historic mission with an almost teleological inevitability about it. As part of that, reunification is key, as much for its symbolic as practical use. The historiography of the Mainland is built around a tale of being sundered and divided by outsiders. Now that a just outcome is finally within reach, Taiwan’s harmonious re-joining to China is irrevocable. Beijing is trapped in this story, and Taiwan, at one remove, is also caught up in a plotline it feels it never made any contribution to nor desired to be a part of, and, for many on the island, now wishes it could be written out of.

Identity is so crucial to this matter of Taiwan and China. For China’s identity, this curative experience of being reunited is part of the story it tells in order to be itself. But Taiwan was, and always will be, a place of unique complexity. Economically, socially, culturally, it is no longer straightforwardly `Chinese’ – if it ever was.  Many on the island see themselves as ethnically Chinese, for sure – just as many in Australia see themselves as ethnically European. But when it comes to political values, and identity as citizens, matters change radically. And most surveys show that Taiwanese do feel they have a separate identity. Pragmatism of course keeps them committed to the status quo and the space that gives them to continue being themselves. But the sort of emotional bonds that Xi in his speech referred to that bind across the Strait are not as solid, or as straightforward, as his discourse asserts.

Preserving the status quo, despite all the dynamic changes going on in the region and the rest of the world, remains the best and likeliest option. Were the Xi administration to make good on their plans to adopt a more militant, bellicose posture, and even to deploy the People’s Liberation Army if they feel it necessary, then they would face immense problems. Not the least of these is the catastrophic impact on China’s international image. The other is the clear fact that the Mainland would be facing 23 million people who clearly do not, and will not, assent to being forced into any reunification arrangement. These very practical matters mean that one should never be complacent about the Taiwanese challenge for China, nor should one start leaping to easy conclusions about an imminent escalation. Xi spoke strongly in this issue because he had to. Tsai replied in the only way she could. But the situation today is no different to that which prevailed before they spoke. And let’s hope that this continues to remain the case.

Kerry Brown is Professor of Chinese Studies and Director of the Lau China Institute at King’s College, London, and an Associate Fellow on the Asia Pacific Programme at Chatham House. He is the author of `China’s Dreams: The Culture of the Communist Party and its Secret Sources of Power’ (Polity, Cambridge, 2018). He tweets at @Bkerrychina. Photo Credit: Flickr/Foreign and Commonwealth Office