Trump Withdrawing: Global Forces and Forecasting Taiwan in 2019 and Beyond (Part 2) 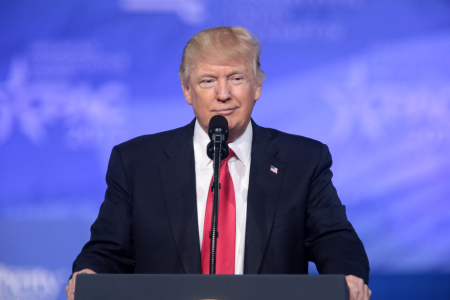 The first part of this paper outlined trends that could dominate discussions on Taiwan’s international position in 2019, providing a shaky framework at best for the formulation of coherent internal policies in such areas as trade and investment, unemployment and productive efficiency, with emphasis on reformulation of China policy. Part 2 suggests possibilities for satisfying internal and external demands and constraints whilst advocating some form of internal power-sharing (between parties) that might become the immediate institutional environment for innovative reforms.

Of course, Taiwan can only emerge as proactive in any of this international context from a firm internal base. Many see the recent DPP debacle as primarily a result of its failure to fully define and address the major problems faced by citizens – lowering growth, productivity and employment, leading to higher unemployment, depression in business prospects and innovation, lack of expenditure on major social problems of unemployment, city degeneration, failing infrastructures and a sense of elite political battles being fought at a level that seldom touches real life. On the other hand, I and my colleagues Mark Lai and Victoria Chang have argued in Taiwan Insight that much of the recent election outcome might yet be put at the door of DPP failure in international relations, especially the looming threat of China, so recently re-expressed by Xi, just after the 2018 Taiwan elections.

The conclusion is obvious but as delicate and flimsy as might be expected from my opening remarks, and it involves squaring a circle – to ensure that in 2019 the groundwork is laid for both addressing the fundamental domestic problems whilst satisfying the civil society of Taiwan that everything is being done to secure a safe future enveloped in a clear sense of national and cultural identity. If that was – in a sense – always the case once the KMT political monopoly was broken during the 1980s, then it is more the case right now. A world of Trumpian post-diplomacy, which is seemingly on the threshold of a retreat from democracy, is no place for a Taiwan that continues to dither. Networking towards a more innovative international focus that does not exclude China but rather helps towards delineating a new China, pushing new commercial and technological alliances, using Taiwan’s democracy as a lesson in maintaining the essentials of democracy in emerging economies and polities, might be pursued as a complementary external policy strategy to one of social and economic renewal within Taiwan.

The forecast. Sorry, its either or! Taiwan might not recognise any need to square the circle during 2019. In which case the political system will get bogged down in internal reforms that take little account of the international economic and political environs, or politicians will continue the pro and anti-China rhetoric whilst ignoring unemployment and deteriorating social life. But if Taiwan faces up to the squaring of the circle, with political leadership fully engaging in both external and internal environs, then 2019 could be very stormy indeed!  As all innovating businessmen know, true improvements take time and cost money, and in the meantime pension-fund investors withdraw their funds in fear of falling share prices, shuttling the innovator towards commercial doom. In Taiwan, a year of such innovation would hardly allow the completion of any of our desiderata, so a burst of novelty might soon enough be swallowed by a bout of retreat – just in time for the next presidential elections.

Can Tsai and the DPP now do anything at all that might increase the probability of greater political innovation without either scuppering her party or forcing an early and very conflictful presidential election? One possibility is the one that she herself had suggested back in early 2012 and arose in the work of  Dutch political scientist, Arend d’Angremond Lijphart,  who developed the term ‘consociational democratic system’ from European experience in his book The Politics of Accommodation. This was primarily concerned with just how it was that segmented societies could manage to sustain democracy through power-sharing beyond that of merely sharing cabinet appointments between two political parties in an effectively dualistic party system. In Taiwan, this is a little complicated with the so-called ‘Han wave’ and the more general rise of minority parties, but it should not yet be out of the question.

The reason it might loom larger as a form of squaring the circle for Taiwan is that present episodes in democracies elsewhere are showing clearly a redundancy of two-party politics especially if they are seen as representing primarily existing powerful administrative and cultural establishments. So, the rise of Trump in the US and an associated collapse of diplomacy; the terrible situation of Theresa May and the Tories in the present crisis of Brexit and the European status of the UK; the abnormality of what happened last year in France, and so on. If Hilary Clinton had freed herself from an elitist political nesting she might have beaten Trump, but it would have required serious, institutionalised interaction with Republicans, with unions and state-based interest groups, all transparent and without done-deals. If Theresa May at the very beginning of her election to the Premiership, had actually set up an inter-party committee that included true expertise on trade, foreign investment, migration and European institutions, and was backed throughout by a selected cross-party think-tank of both politicians and public service experts and power-mongers, then perhaps the media and general public flak that arose with her every move or decision would have been diffused across the political system. Perhaps it would have given rise to a much-improved version of the present weak Brexit compromise, one that can only now get through Parliament if it cannot get through Europe itself. This shared-decision model would have seen close to two years of something like ‘consociational democracy’ and British civil society would today appear in much better shape.

The manner in which the China/straits issue is at once very complex, divisive between and within parties, and insoluble on the basis of partial and party-based decisions, is strikingly similar to the role of Europe and Brexit in UK over the last two or so years. It might be that Tsai should reconsider her original innovative idea to push Taiwan into a more progressive democratic trajectory during and after 2019?

In 2012, I was fully behind the possible salience of this idea for Taiwan. Right now, the confused result of last year’s elections and the international tendencies in democracies more generally, combine to shore up my support for some radical attack on the tired parry and thrust of the two-party system in Taiwan. It is not clear now what a Presidential election today might bring, but it does seem that the KMT is strengthening its hand (KMT comments on China’s recent Taiwan statements confuse the issue further), that civil society’s awareness of the difficult international status of Taiwan runs very high, and that the youthful vote in particular might appreciate a system that was addressing both internal and external political issues on more consensual, ‘consociational’ grounds. On this thesis, Tsai should begin the New Year with a call to immediate cross-party discussions on major internal policy issues, indicating the eventual possibility of a form of consociational representation and responsibility emerging in properly institutional terms during 2019, as groundwork for maintaining such a system into and beyond the next elections.

Ian Inkster has been an academic economic historian and global political economist since 1973, holding professorships in Australia, UK, and Taiwan, and is a Professorial Research Associate, Centre of Taiwan Studies, SOAS, London; a Senior Non-Residential Fellow at the Taiwan Studies Programme and China Policy Institute at the University of Nottingham; and editor of History of Technology (London) since 2001. Photo Credit: Flickr/ Gage Skidmore

The Cross-strait Relations 2019: Promoting vs. Rejecting Unification
Interdisciplinary Approaches to the BRI