Can China exert ‘smart power’ in Southeast Asia through the BRI? 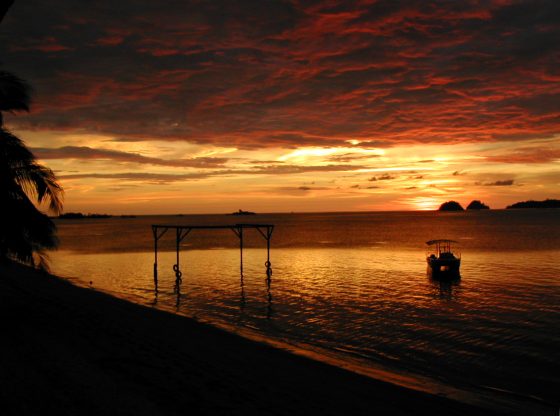 The Belt and Road Initiative (BRI), which was initiated by President Xi Jinping in 2013, took further shape in March 2015. It is envisaged that the BRI will connect the vibrant East Asian region with the developed countries of Europe via the Silk Road Economic Belt, which will run through Central Asia, while at the same time the 21st Century Maritime Silk Road will link China with other countries in Asia. The ultimate goals of the BRI are to facilitate trade and investment in Eurasia and to promote economic growth.

The initiative’s official English translation was changed from One Belt, One Road (OBOR) to its present name in mid-2016. So far, the Chinese government has not offered a direct explanation as to why it changed the English formulation, or indeed the Chinese name of this grand, geo-economic concept. However, a parallel reference might be drawn here. In November 2003, the influential Chinese academic Zheng Bijian referred to China’s ‘peaceful rise’ at the Boao Forum in Hainan. The Chinese leader at the time, Hu Jintao, soon remarked that the word ‘rise’ might lead to misunderstandings or concerns about China’s ambitions and intentions.

Consequently, in December 2005, the State Council issued an official white paper titled ‘China’s Peaceful Development Road’. As with the change of nomenclature from OBOR to BRI, the alteration was intended to give a different impression. The use of the word ‘initiative’ implies that this is a ‘proposition’ rather than ‘coercion’, and that China is ‘inviting’ (rather than ‘demanding’) other countries to join the project. In this way, China aims to show that while it may be a rising global power, it will be a peaceful one.

This corresponds with the approach Joseph Nye outlined in his soft power framework. Soft power is the capacity to persuade other parties to act in ways that further one’s own self-interest. The central question faced by China, or indeed any country seeking to build soft power, is how it will be perceived by others. In the case of China, the question is how the non-Chinese world perceives it. Other, related questions follow on from this: does China generate goodwill or antipathy? Does the Chinese leadership consciously generate soft power, or is it a more spontaneous outcome of economic and cultural activities?

In order to answer the above questions, we have to investigate the BRI further. No matter what form of wording the Chinese government employs, the BRI aims at building the necessary infrastructure to facilitate logistical, financial and other networks in the region and beyond. This requires enormous financial input. It should be noted that there are multiple geographical connections in the ‘belt’ and ‘road’. These include two Silk Road routes – the 21st Century Maritime Silk Road and the Maritime Silk Road continental extension – and three main corridors embedded in the Silk Road Economic Belt – the northern corridor, the central corridor and the southern corridor, respectively. Finally, there are also two main railway routes to date: the Silk Road Railway and the Trans-Siberian Railway.

Since mid-2018, China has also talked about building a Digital Silk Road, which would employ quantum computing, nanotechnology, big data and artificial intelligence to build ‘smart cities’ along multiple belts and roads. This recent initiative by China is an example of ‘smart power’.  According to Nye’s explanation, smart power is the strategic and effective deployment of a combination of soft and hard power. However, as Ernest Wilson suggests, smart power includes, apart from soft power, everything from smart bombs to smart phones. Meanwhile, as states get smarter, so too do non-state actors such as al-Qaeda in their use of the media across multiple platforms. Any actor that aspires to enhance its position on the world stage must therefore build around these new fundamentals of ‘smartness’.

It can be argued that smartness has two layers: one is smartness in technology, while the other is smartness in deploying both hard and soft power. China’s invitation to join the BRI requires these two understandings of smartness. To gauge whether China has true smart power then, we must examine the main Asian countries which sit along China’s maritime belt, namely: Vietnam, Malaysia, the Philippines, Indonesia, Singapore and Thailand. Below, I will concentrate on just two examples: Malaysia and Vietnam.

The Malaysian response to Chinese investment has not been wholly positive. An obvious example is the suspension of the East Coast Rail Link and the cancellation of the high-speed rail link with Singapore. After Malaysia’s general election in May 2018, the government changed its attitude towards Chinese infrastructural investment completely. In China, arguments in favour of furthering geopolitical objectives through investment are frequently made, and the rhetoric of harmonious benevolence and a positive, outward-looking vision dominates the discourse. But the discourse in Malaysia is different.  It has been pointed out that the Malaysian government’s long-standing ‘pro-Malay’ policy might hinder the implementation of China’s BRI project. The case of China’s unsuccessful investment in Myanmar’s hydropower projects – the Myitsone Dam and the Mong Ton Dam – and Sri Lanka’s Hambantota Port might also have led the Malaysian government to have second thoughts.

A similar response to Chinese investment can be seen in Vietnam. Although the Chinese diaspora arrived in Vietnam much earlier than it did in any other Southeast Asian country, the complicated relationship between the Vietnamese and Chinese communities has restrained the Vietnamese government from providing more wholehearted support to Chinese investment or the BRI project. It is also worth mentioning the 2014 anti-China riots in Vietnam, which were not only related to the South China Sea dispute in terms of abstract maritime territory, but were further complicated by the two countries’ dispute over material interests (i.e. an oil rig).

What can we learn from the responses of Malaysia and Vietnam to China’s BRI smart power? Three points are worth considering. First, China has not yet been able to effectively deploy ‘smart power’ in these countries, either materially or in terms of technology. The resistance of local civil society in Malaysia, Myanmar and Vietnam, for instance, indicates that substantial levels of investment will not necessarily convince other countries that China’s initiative is benign. The Chinese government applies its unvarying principle of prioritising economic development in the belief that as long as this continues, the government itself will not face opposition from civil society. This has worked well domestically (so far), but it may not work quite so well in other countries that have strong civil societies.

Second, the position of the Chinese diaspora in Southeast Asian countries is an important factor in how those countries respond to the BRI. Malaysia and Vietnam, for example, have pro-Malay and pro-Vietnamese policies in place, respectively, and the attitude of these governments vis-à-vis their Chinese communities has worked against the BRI being received in a wholly positive way.

Viewing Chinese foreign policy through the lens of the Chinese classics
China’s BRI in Pakistan – a poster child for success?