Interdisciplinary Approaches to the BRI 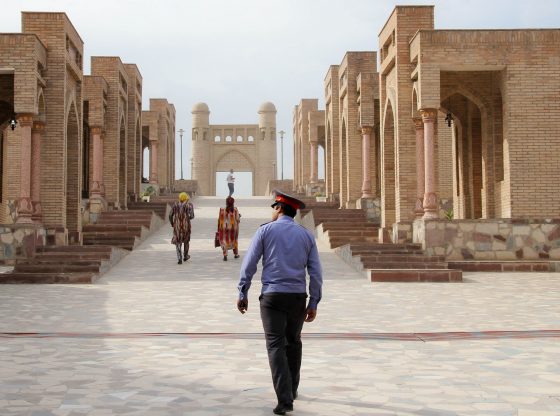 The University of Nottingham Asia Research Institute is proud to present a series of research based articles written by academic experts based on all three of its campuses – in China, Malaysia and in the UK. These articles demonstrate the importance of adopting an interdisciplinary approach to understanding China’s Belt and Road Initiative (BRI) bringing in historians, biodiversity experts, political scientists, international relations scholars, geographers and economists. These papers build on a sustained collaboration between our academics, in the UK, Pakistan (with the Lahore University of Management Sciences), Sri Lanka (with Chatham House) and Malaysia, not all of whom were able to contribute to this special issue, but whose research nevertheless informed our wider discussions.

The legitimation of the BRI through the explicit linkage of this new development model with the Silk Road begins our discussion. The domestic challenges posed by the BRI to the countries in which the projects are based is a particular focus. These include Pakistan, where CPEC is the ‘poster child’ for the BRI; Indonesia, where issues relating to the BRI will be important in the coming election, as well as the increasingly sceptical Malaysia and Vietnam.  The question of the levels of debt that these countries are incurring as a result of the Chinese ‘investments’ is a sensitive issue in all these countries, but, as we argue, it’s also important to look at how the RMB is becoming an important international currency (with the location of a RMB hub in London).

Closer to home for China, the development of the BRI and relations with neighbouring Kazakhstan have been put into jeopardy by the internment camps that have been set up in Xinjiang province.   This is an issue that has also caused concern in Pakistan.  Many of the BRI projects are located in sensitive areas and have been the target for insurgents. However, whether these security challenges will lead to increased EU-China security cooperation along the BRI (as has been seen in other areas) is questionable.

The implications of the BRI for regional and international security is an important question on which we conclude. There are real dangers for regional stability in the Indian Ocean should Gwadar port in Pakistan be used for military purposes by China. However, to understand China’s strategy, it’s vital not to ignore the classical education of China’s elites, and the way that this affects China’s world view. Without this understanding, it will be impossible to discern China’s future strategy.

Professor Katharine Adeney Director of the University of Nottingham Asia Research Institute. She tweets @katadeney and the Institute tweets at @UoN_ARI

Trump Withdrawing: Global Forces and Forecasting Taiwan in 2019 and Beyond (Part 2)
Viewing Chinese foreign policy through the lens of the Chinese classics